New open-toppers in the Lake District

Staying with the Volvo/Wright combination.

Stagecoach route 599 (Grasmere & Bowness-on-Windermere), through the centre of the Lakes, has recently been the recipient of a major upgrade with a complete new fleet of purpose-built Wright Gemini 3 bodied Volvo B5TL open-toppers. 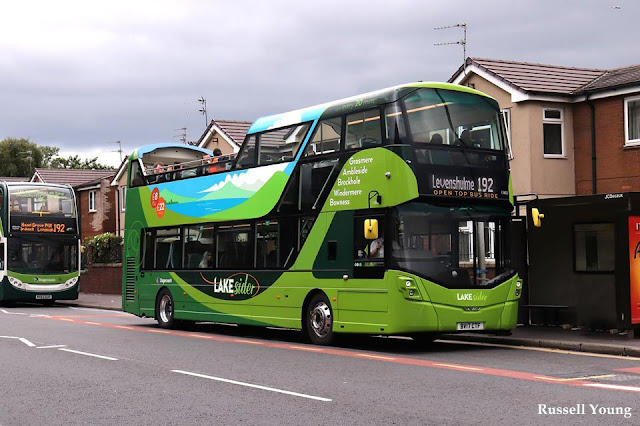 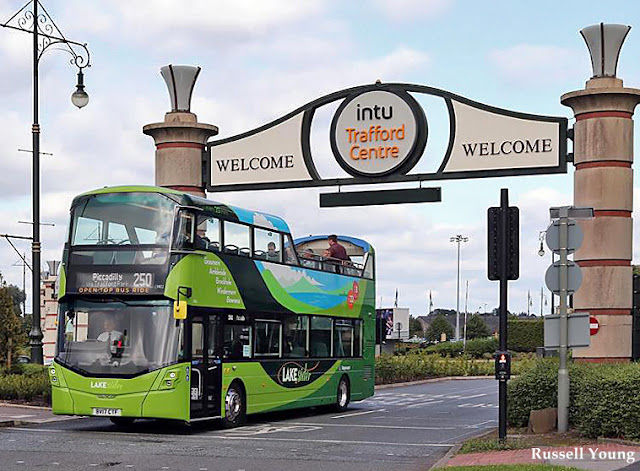 However, one of the buses 13802, has been on a kind of minor promotional tour in the North West England areas of Liverpool, Manchester and Preston. The bus operated over a small number of routes including as shown here the on the 192 Levenshulme and the 250 at the 'Magic Kingdom' of the Trafford Centre (both images courtesy of Russell Young) 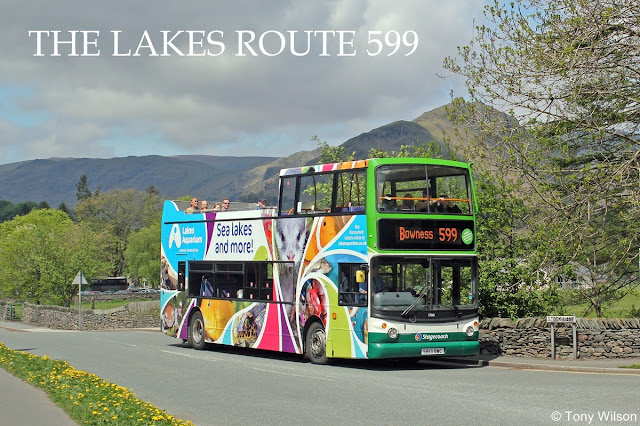 Prior to these new buses the 599 has been host to a variety of other open-toppers and so a new set of images on the flickr site illustrates the types from Leyland Atlanteans to Dennis Tridents from 1990. This album can now be viewed by clicking  here