New improvements for rail passengers in Wales, the Midlands and the North


The Department for Transport announces plans for new bi-mode trains for passengers with more seats and better on-board facilities.
Passengers in Wales, the Midlands and the North will get faster and more comfortable journeys quicker under new plans announced by the government yesterday 20th July 2017.
The Department for Transport is setting out plans for new trains on the Midland Main Line, Great Western Main Line and in the Lake District with increased seats and better on-board facilities.
Modern bi-mode trains will be used on Great Western and Midland Main Line, with passengers in Wales benefiting from new Intercity Express trains which will each deliver over 130 more seats and faster services.
Long distance journey times from Nottingham and Sheffield will also be reduced by up to 20 minutes in the peak, with the train operator in the Lake District beginning work to trial an alternative-fuelled train in this World Heritage Site.
Thanks to this new technology disruptive electrification works between Cardiff and Swansea, Kettering, Nottingham and Sheffield, and between Windermere and Oxenholme, will no longer be needed.
Passengers will benefit sooner and experience less disruption compared with putting up intrusive wires and masts along routes where they are no longer required.

The government today also published the consultation for the next East Midlands franchise, which will deliver reduced journey times for intercity services and more seats for long distance passengers at peak hours, as well as dedicated services and more capacity for commuters coming into London. The franchise will maximise the benefits of the upgrade of the Midland Main Line — the biggest investment in the route since it was completed in 1870.
Transport Secretary Chris Grayling said:


We are making the biggest investment in the railways since the Victorian era and upgrading services across the country, including in Wales, the midlands and the north.

Passengers expect and deserve high quality rail services and we are committed to using the best available technology for each part of the network, delivering significant benefits for those who use our railways.

Benefits along the specific routes include: 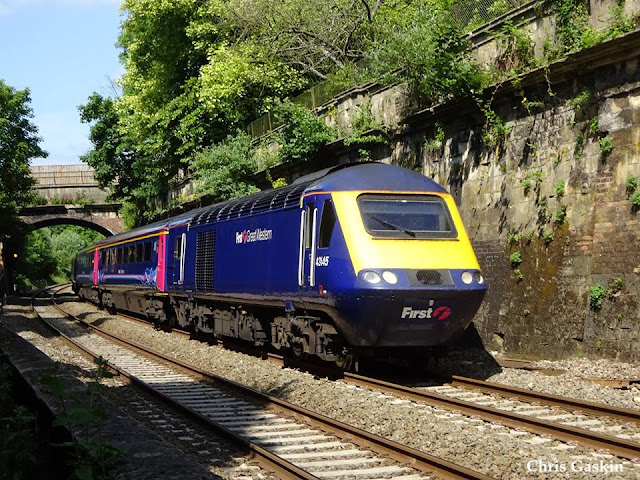 From Autumn 2017, passengers in Wales will benefit from new Intercity Express trains which will each deliver over 130 extra seats, faster journey times and improved connectivity for South Wales to London with 40% more seats in the morning peak once the full fleet is in service.
Network Rail will also develop additional options to improve journeys for passengers in Wales. These will include:
The Secretary of State also welcomed a proposal for Wales’ first privately funded railway station at St Mellons. The department will work with the promoters of the scheme as they develop their plans to the next stage.
The first new Intercity Express trains will enter service from this Autumn and once the whole fleet is introduced and electrification to Cardiff is complete journey times between Swansea, London and other stations along the route will be approximately 15 minutes shorter.

The next operator will be required to deliver modern, fast and efficient intercity and commuter trains, including a brand new set of bi-mode intercity trains from 2022, maximising the benefits of the largest upgrade of the Midland Main Line since it opened in 1870. This will improve journeys sooner, without the need for wires and masts on the whole route, with further investment to come to ensure Sheffield is ready for HS2.

Benefits include reducing journey times on long distance services from Nottingham and Sheffield by up to 20 minutes in the peak and delivering over 1000 additional seats an hour in the peak into London, an increase of more than 50%.

Passengers in the Lake District will benefit from 4 direct services a day in each direction between Windermere and Manchester Airport from May 2018.
The government has announced plans to ensure passengers enjoy brand new trains from December 2019. Journeys between Windermere and Manchester Airport will be improved sooner and with less disruption to services and local communities. It also means there is no need to construct intrusive wires and masts in this National Park.