Rail firms are introducing a new standard for train punctuality which they claim will be the most transparent in Europe.

Arrival times are to be recorded to the exact minute rather than the existing measure of whether services arrive within five or 10 minutes of the timetable.
There are also plans to note punctuality at every station on a train's journey instead of the current set-up which only sees the time recorded at the final stop.
Paul Plummer, chief executive of the Rail Delivery Group (RDG), representing train operators and Network Rail, said: "By adopting the most transparent measure in Europe, we want passengers to know that rail companies are putting an even greater focus on ensuring that trains are meeting the timetable, arriving to the minute and at stations along a journey.
"We are pushing ourselves to drive better punctuality because it will help to deliver a more reliable railway for the whole of Britain." 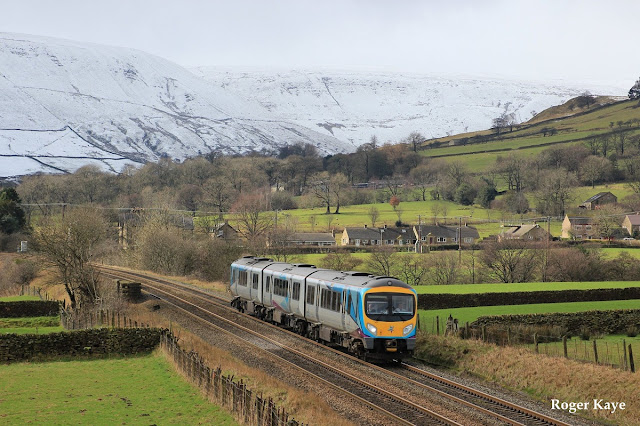 Alex Hayman, a managing director at consumer group Which?, said: "This could be a positive first step for passengers but only if it results in rail companies making more trains run on time.
"Our analysis has found passenger satisfaction with the punctuality of trains is at a decade low."
Latest punctuality figures show that in the past 12 months 88% of trains arrived at their final destination within five minutes of their schedule for commuter services and 10 minutes for long-distance trips.
Separate right-time performance figures show 63% of trains were no more than 59 seconds late.
The new punctuality standard will display 10 measurements showing passengers how likely trains are to be: early; on time; within 3, 5, 10 and 15 minutes late; more than 15, 20 and 30 minutes late and cancelled.
National figures will be published on the RDG website and individual operators are expected to display their own performance online by April next year.
In April 2019 the data is expected to become one of the official measures of punctuality for Network Rail - which runs the railway infrastructure - when its next funding period begins.
Passenger watchdog Transport Focus welcomed the shake-up of how punctuality is measured.
Chief executive Anthony Smith said: "Passengers want a reliable, on time train service. How that performance is measured and reported should, our research shows, closely mirror passengers' real life experience, otherwise trust will not be built up.
"So it is good to see the rail industry reporting on time performance at many more stations."
Train punctuality can only be measured to the minute at around 80% of stations due to technological restrains, the RDG said.
Before the new measurement is adopted, the rail industry will work to improve this figure, including the possible use of GPS data from trains.