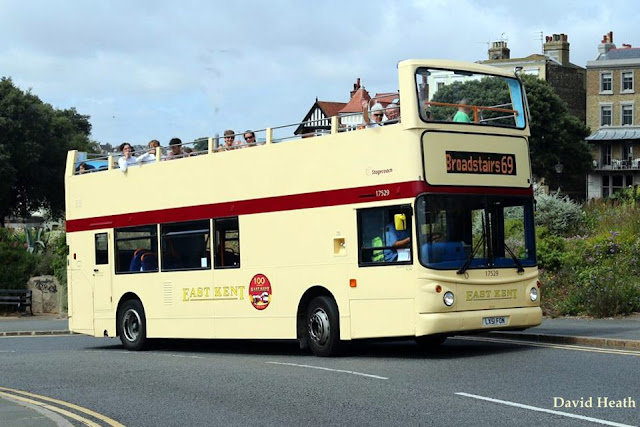 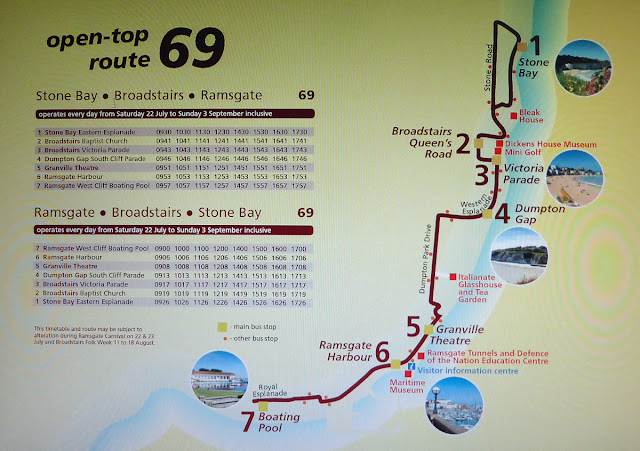 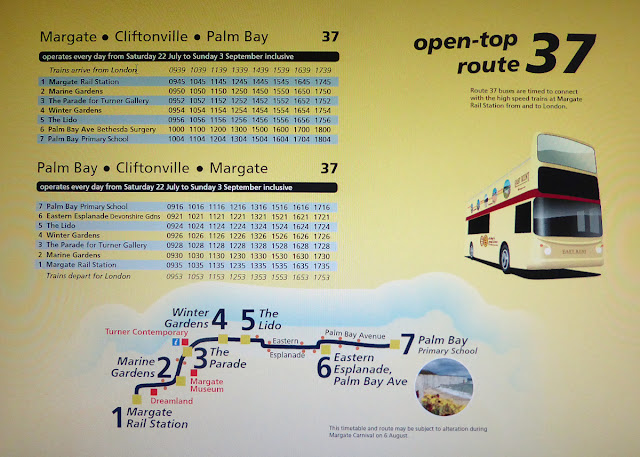 And finally by comparison, a blast from the past. 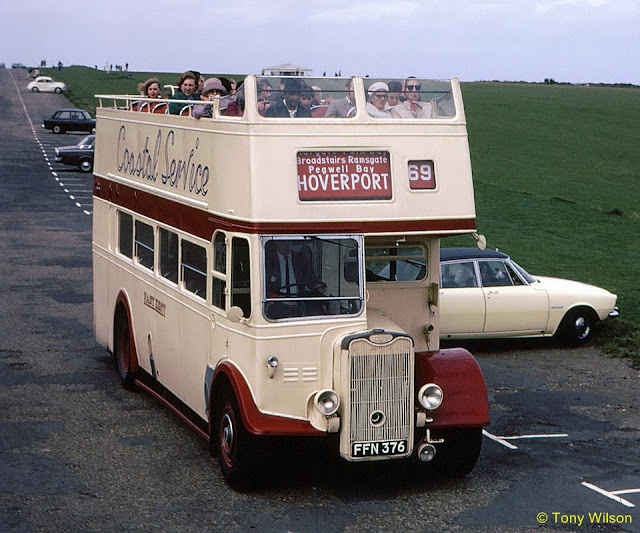 Back in the late 1960s early 1970s, East Kent route 69 ran the North Kent Coast service with a small fleet of converted Park Royal bodied Guy Arabs. One such was 376 (FFN 376) here on a breezy day in July 1970 as it passed through Palm Bay on way to the terminus at the Hoverport. 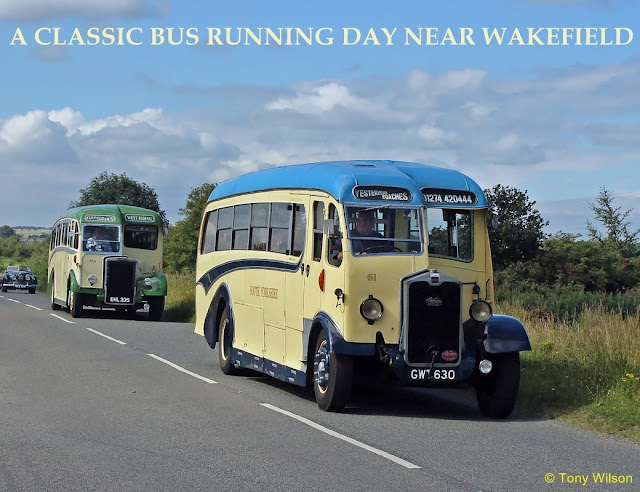 Another relatively small but nicely formed bus event was that held on Heath Common nearby to Wakefield, is portrayed by a selection of pictures in the latest album on the flickr site. These can now be viewed by clicking  here