A Phoenix rises from the ashes

A double-decker bus has been donated to a pub to replace its vehicle that was destroyed in a fire.
The original bus was on its way to Norfolk when it was engulfed in flames on the A11 near Cambridge in July.
Eunice Jokrassett, landlady of The Crown, and other villagers in Smallburgh, Norfolk, had been fundraising for the bus since February.
It was to be turned into a library, and taken to Ms Jokrassett's home country, the Ivory Coast.
An anonymous businessman, who heard the £6,000 bus had gone up in flames, stepped in and donated a replacement vehicle. 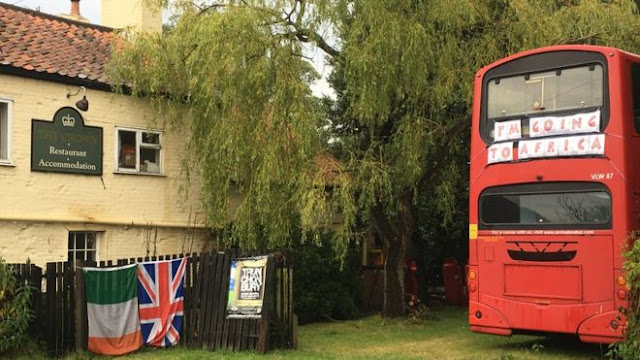 The bus will be packed up with books and school equipment that had been collected by local people.
In September, it will begin its two-week journey to the Ivory Coast.
Once there, it will travel to schools in and around Abidjan.
"It's like an English resource centre, and will allow the children to learn about England, there are loads of books on board for children to learn the English language", said Ms Jokrassett.
In November, she and 20 people from Smallburgh will fly to the Ivory Coast to see the bus in use.
The original bus was destroyed after a blaze started in the engine compartment, the fire service said. 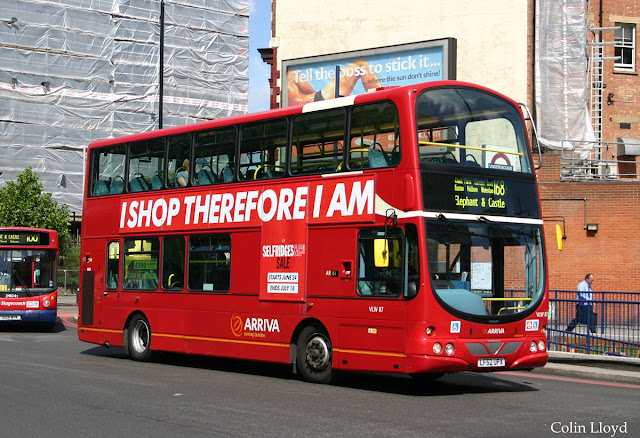 The bus back in June 2004 at the Elephant & Castle, when in service with Arriva London