And now for something completely different - Veni vidi vici !

The Roman Empire’s 250,000 Miles of Roadways Imagined as a Subway Transit Map by Christopher Jobson on June 12, 2017 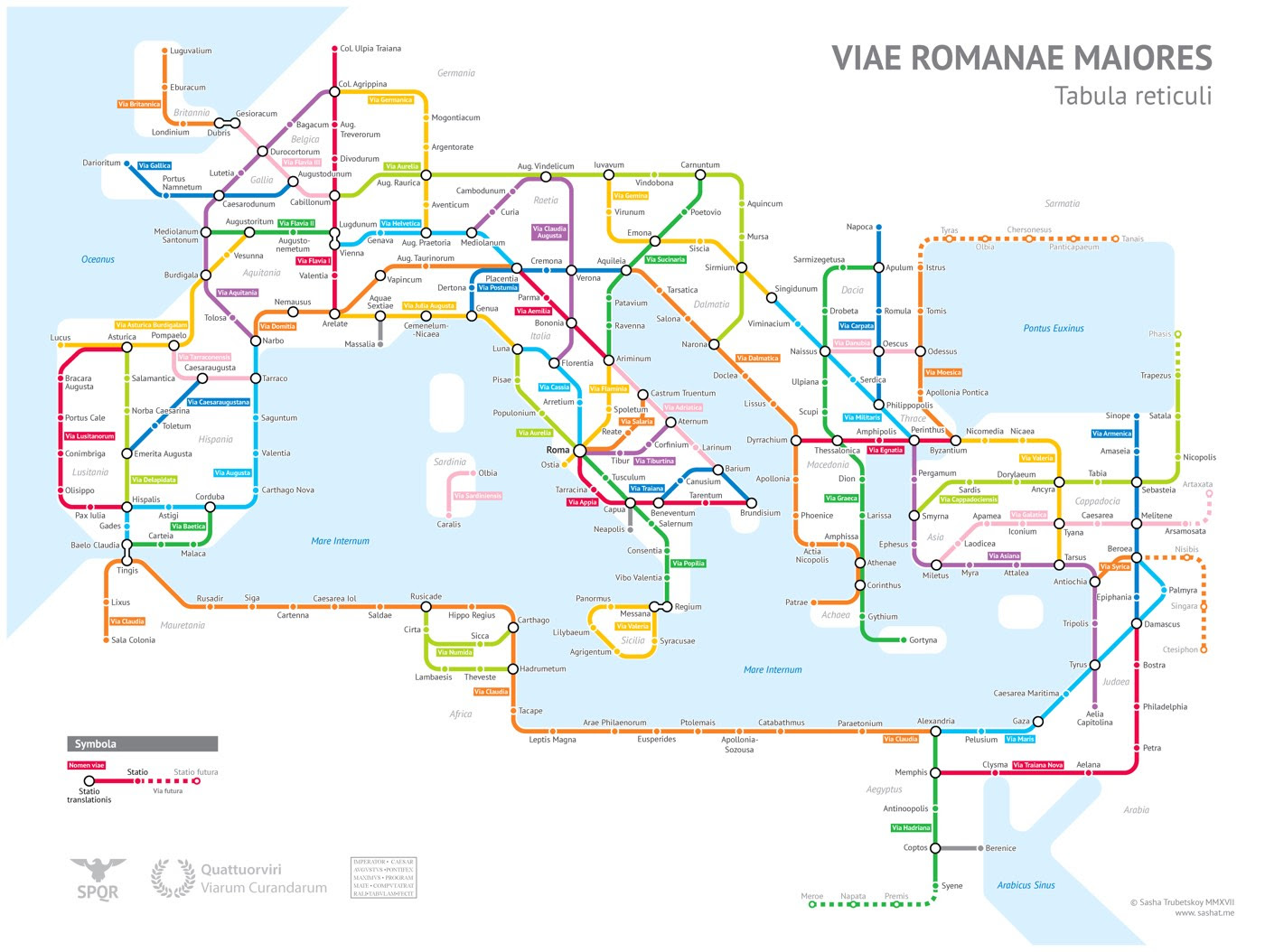 University of Chicago sophomore Sasha Trubetskoy spent a few weeks designing this amazing subway-style transit map of all the roads in the Roman Empire circa 125 AD. As Kottke notes, Rome constructed 250,000 miles of roads starting in 300 BC—over 50,000 miles of which were paved with stone—linking a total of 113 provinces from Spain to modern day Britain to the northern tip of Africa.
Trubetskoy pulled data from numerous sources, but took liberties where the history is fuzzy. “The biggest creative element was choosing which roads and cities to include, and which to exclude,” he shares. “There is no way I could include every Roman road, these are only the main ones. I tried to include cities with larger populations, or cities that were provincial capitals around the 2nd century.” 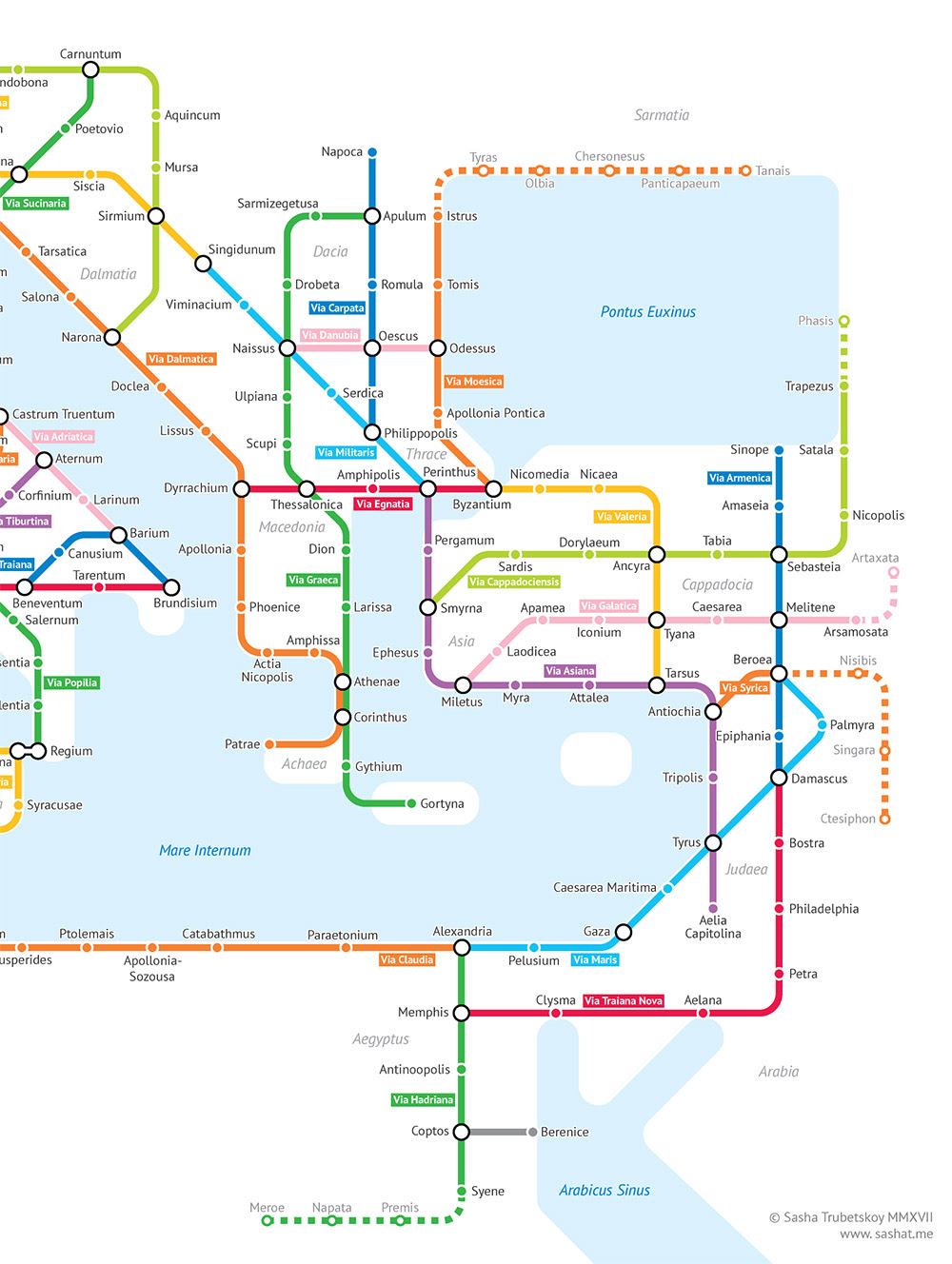 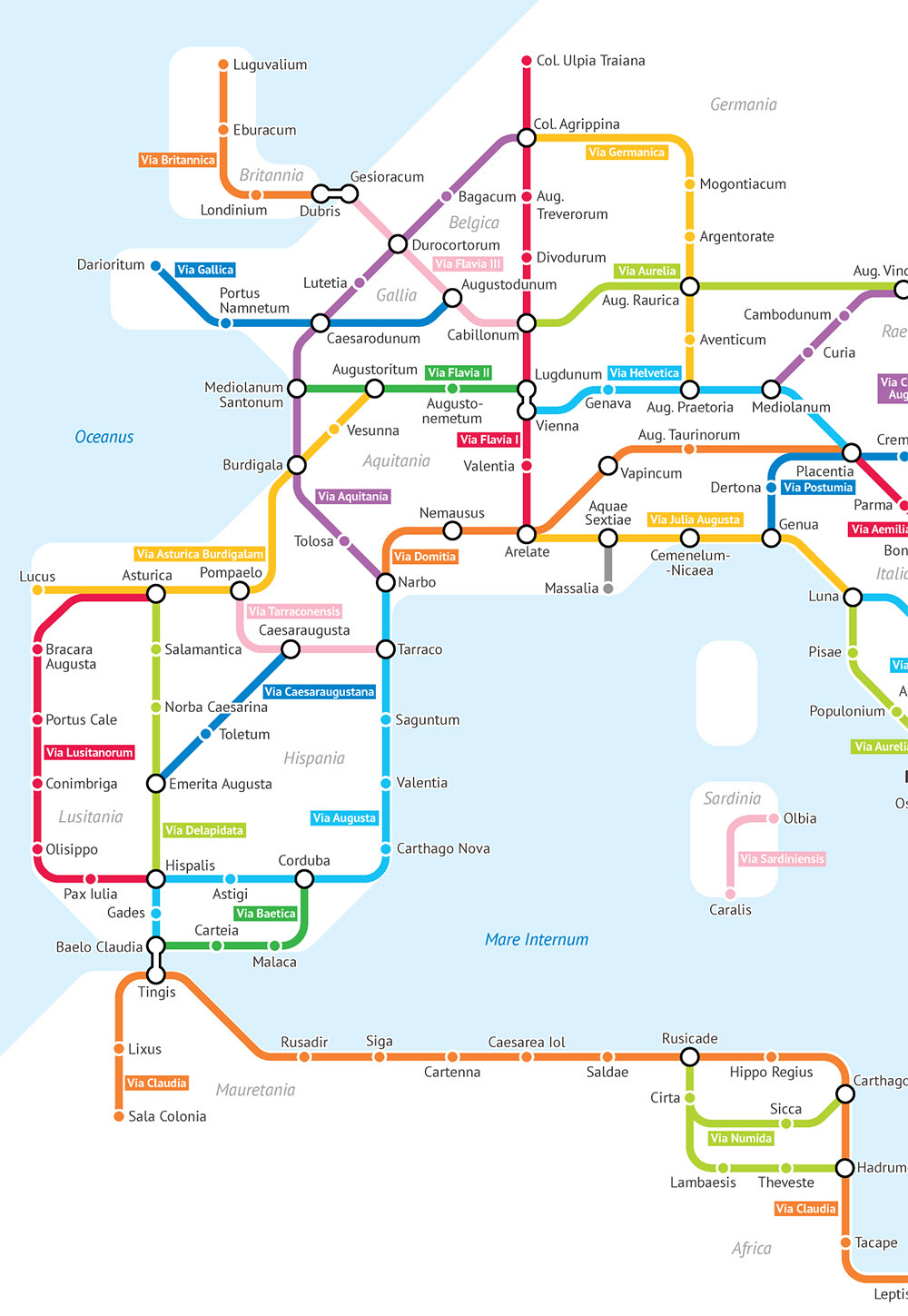