Concerns over slowdown in travel by bus in London


London’s independent passenger watchdog has written to the Mayor of London asking for urgent action to make buses in London quicker and more reliable. 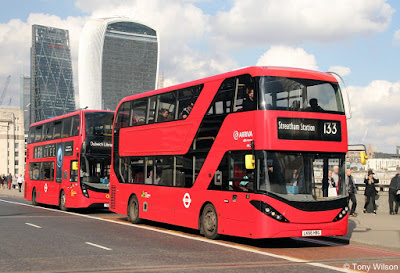 The performance of London’s bus service has deteriorated over the last few years. Buses have got slower and less reliable and a number of performance statistics show that many bus routes are falling below their contracted minimum reliability standard. In 2012/13 and 2013/14 relatively few high frequency bus routes performed below standard - about 60 out of the 380 high frequency routes. But in the last couple of years, 2015/16 & 2016/17, this figure has risen to around 120 routes. We also know buses have got slower with average speeds down from 9.6mph three years ago to 9.2 mph today.
Stephen Locke, Chair of London TravelWatch commented: 'This is extremely concerning. Passengers arrange their lives around having a quick and reliable bus service, but by any measure, London’s bus services are getting slower and more unreliable.' 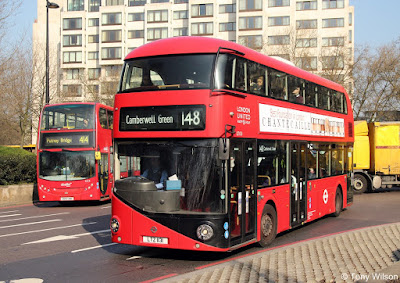 Stephen continued: 'Our monitoring shows that the deterioration in bus performance has happened over the last few years. We can see some stabilisation in performance, but this is not good enough - performance must return to its contractual levels. Running London’s bus services reliably has to be one of the most important things TfL does because millions of passengers rely on them every day. So I have written to the Mayor today to ask that he takes personal responsibility for driving up bus performance. We will, of course do everything we can to assist in this and have suggested some short term actions.'
Suggestions made by London TravelWatch include:
Want more information on the full London bus scene, then why not have a look at the London Omnibus Traction Society's website at  http://www.lots.org.uk/
Better still why not join and gain the benefits of the regular monthly newsletter along with other useful publications