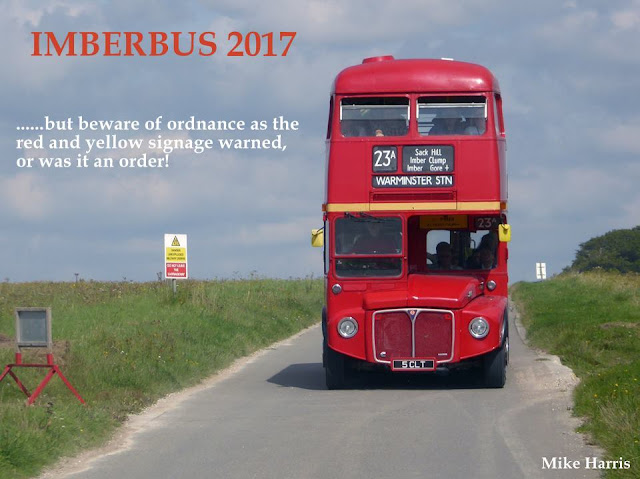 Saturday 26th August once again saw the plains of Salisbury invaded by an army of red Routemaster (well almost) buses. This invasion of Londoners led once more by Sir Peter Hendy and other colleagues and was well organised with much forward planning. But try as they might the local military put up little resistance, and in the end all passed off without any hostilities.

Inspired by Richard Shirley a rather splendid map of operations had been produced and made the invasion all the more easy to complete. 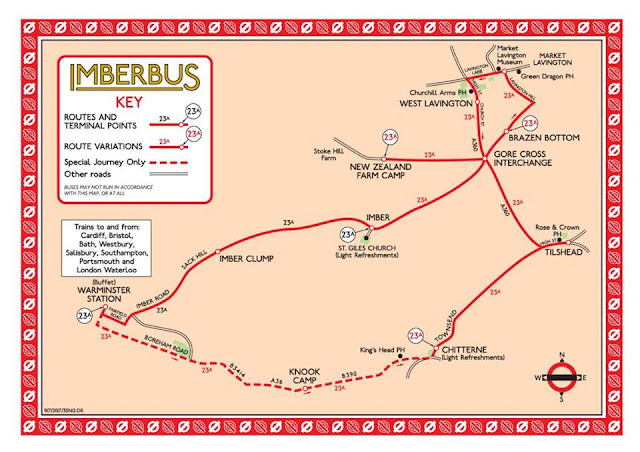 The day had dawned bright and dry and indeed stayed like that until the event was over, and was enjoyed by the many visitors who made the effort to attend.
To provide a flavour of the day a fine set of images have been kindly provided by Dave Heath, Mike Harris and Martin Ruthe, with one special from David Maxey, which illustrated Sir Peter alongside his privately-owned Routemaster RM1005, adorned for one day only with the fleetname 'Imberbus'.
These images have now been placed into an album on the New Focus Flickr site and can be accessed by clicking  here