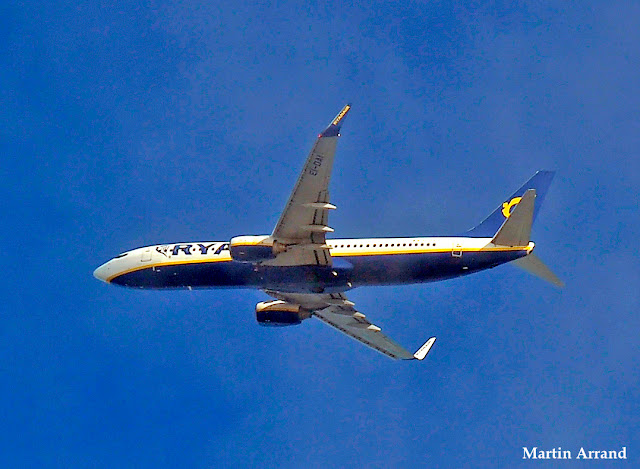 Ryanair has published full details of which of its flights are being cancelled between now and 28th October.
Customers whose flights have been axed will also receive an email, chief executive Michael O'Leary has said.
The budget airline is cancelling 40-50 flights every day for the next six weeks, after it admitted it had "messed up" the planning of pilot holidays.
Mr O'Leary said most people would be transferred to an alternative Ryanair flight on the same day.
If not, they would be moved to flights the day before or the day after, and the airline would meet its obligations over compensation.
Details of all the cancelled flights are available on the Ryanair website.
More than 200 of the cancelled flights are either into or out of London Stansted, with a handful in Edinburgh, Manchester and Birmingham also affected.
The airline said it was cancelling flights at airports where it ran the busiest schedules, so it would be easier to accommodate passengers on alternative flights.
Rome, Milan, Brussels and Barcelona airports will also see a significant number of flights, either or in or out, cancelled.
Mr O'Leary said around 400,000 passengers would be directly affected, but he said a decision had been made to disrupt the plans of 2% of travellers in order to offer a better service to the remaining customers.
Changes to the way the airline organises its holiday year have left Ryanair with a backlog of staff leave, meaning there is a shortage of pilots on standby over the next six weeks.
That meant any minor disruptions to flights, due to problems with air traffic control capacity, strikes, or weather disruptions were causing knock-on delays, because the airline did not have the flexibility it needed from back-up crews, said Mr O'Leary.
After 1st November, when the lighter winter schedule begins, there will not be any need for cancellations, he said.
He said they were also asking to buy back leave from pilots and alter the holiday schedule.Mr O'Leary said Ryanair would honour all of its obligations to compensate passengers under EU regulations but would not book passengers onto flights with rival carriers.
"We will not pay for flights on other airlines, no. It is not part of the EU261 entitlement," he said, referring to European passenger rights legislation
He said the airline did not have an overall shortage of pilots, but said they had "messed up" the rosters for September and October.
"This is our mess-up. When we make a mess in Ryanair we come out with our hands up," he said.
"We try to explain why we've made the mess and we will pay compensation to those passengers who are entitled to compensation, which will be those flights that are cancelled over the next two weeks."
If passengers are given more than 14 days' notice of a cancellation, they are not entitled to compensation.

The EU compensation rules for cancelled flights are as follows: