Bombardier Trains has been selected as one of the companies to build new trains for the next West Midlands franchise.
The new trains will provide space for an extra 85,000 passengers on rush hour services into Birmingham and London.
The 107 trains will cost £680 million and will be built in Derby. 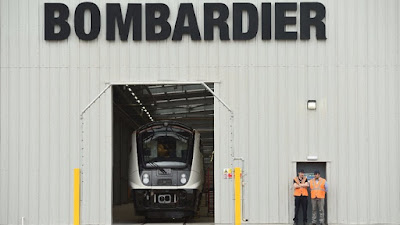 Bombardier will manufacture them alongside Construcciones y Auxiliar de Ferrocarriles.

West Midlands Trains is a joint venture between Dutch firm Abellio, East Japan Railway Company and Japanese conglomerate Mitsui & Co which was awarded a nine-year tenure in August.
It will take over the West Midlands franchise on December 10 from incumbent operator London Midland to run routes such as the Cross City line between Redditch and Lichfield via New Street station.


Being selected for this important order is another huge endorsement of our workforce and the quality of the products we design, engineer and manufacture here in the UK. Our modern Aventra trains will be built in the Midlands for the Midlands, and provide passengers with greater connectivity, reliability and shorter journey times.