The stunning backdrop of The Tetley centre for contemporary art and learning in Leeds provided the backdrop for a Guy Fawkes Night-themed celebration, under the title “Pride of the North” –reflecting major investment worth millions of pounds which is already making a big impact on bus travel across the region. The night blazed with colour and excitement as a fantastic fireworks display lit up the sky around a gleaming Cityzap bus, which carried its first passengers between the great Northern cities on November the 5th.

As VIP guests were treated to a spectacle to remember, they were also given a glimpse into the future of public transport in Yorkshire, shaped by Transdev’s bold five-year vision delivering investment worth millions of pounds to revolutionise travel across the region.

Among those invited to join the celebration were Dave Pearson, Director of Transport Services at West Yorkshire Combined Authority; Alison Chew, Interim Head of Bus Services at Transport for Greater Manchester; and Peter Molyneux, Strategic Road Network Director at Transport for the North.
Dave Pearson, Director of Transport Services, West Yorkshire combined Authority told guests at the event:
“We’re hearing lots about the government’s Northern Powerhouse, which for the most part is focussing on investing in rail and the long term associated infrastructure. With the Bus 18 initiative of which Transdev is part of, we’re focussing on what we can do now. How do we connect Leeds and Manchester, with more and better options? Cityzap is here now, not in 2025 – we’re already doing it today”.
The launch of the Cityzap express between Leeds and Manchester this Sunday (5 November 2017) followed the huge success of Transdev’s award-winning first Cityzap route between Leeds and York, which carried a quarter of a million passengers between the Yorkshire cities in its first 12 months on the road.
Alison Chew, Interim Head of Bus Services, Transport for Greater Manchester said:
“It’s great to see the investment represented here today. Cross boundary routes such as Cityzap are crucial to the economy and for bringing people into Greater Manchester, where 1 in 4 journeys to work are made by bus.”
Peter Molyneux, Strategic Road Network Director at Transport for the North said:
“Transport for the North welcome Transdev’s investment in Cityzap. The more that we can demonstrate that there are flexible, reliable options for travelling between our major cities, the more we can free up capacity on our road network. Cityzap represents a real alternative to driving, offering people a real opportunity to give up their cars”

Transdev CEO Alex Hornby said: “We’re very excited about the launch of our second Cityzap route, which fulfils our vision to improve city to city connections across the North.
“We created Cityzap following extensive customer research across the UK and Europe, which revealed that customers’ view of bus travel suffered due to the perception that even though buses linked major cities, the number of stops served along the route made it difficult for the bus to compete effectively against the car and the train.

“The launch of Cityzap complements our other investments across the North this year. We’ve launched a staggering 12 new and revitalised brands across Yorkshire and Lancashire, with 44 brand new buses representing a £6.82million investment in vehicles in 2017 alone.
“We’ve just increased our booming 36 route between Leeds and Harrogate to run every 10 minutes on weekdays, adding another three luxuriously-appointed twin deck buses to the service. We’ve also introduced VAMOOZ, an entirely new idea in the UK bus industry which allows customers to choose destinations and use a dedicated app to crowdfund trips – so the more who pay, the less it costs to ride. 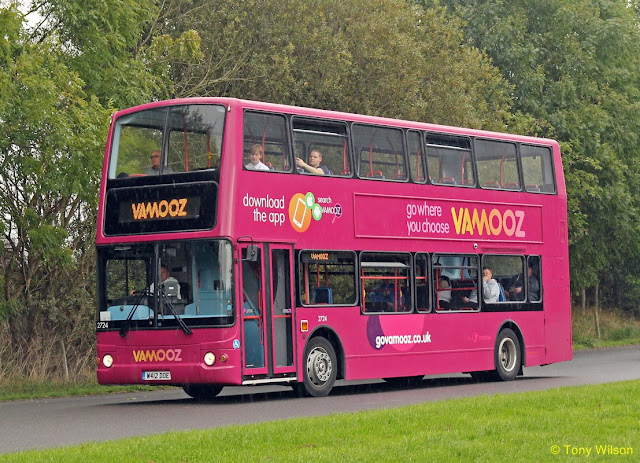 “And we’ve just launched a bespoke designed smartphone app, ‘Transdev Go’, which brings easy to use ticketing, live real-time bus departures and up to the minute travel updates to the palm of your hand.
“But for us, this is just the beginning – we want to create a desire to travel, with people wanting to be seen travelling on our buses.
“Earlier this year we set out our five year vision for the North, and committed to invest £7.1 million in dozens of new and revitalised buses – an ambitious programme filled with new ideas to create a complete upgrade in the quality of service for thousands of customers every day.
“In Harrogate, we’ll begin introducing a 100% electric, zero emissions bus fleet in 2018, powered by opportunity charging – a first in the UK.  And in York, we are converting six City Sightseeing open top buses to 100% electric power, creating the UK’s first fully zero emissions sightseeing service.
“We’ve also formed a forward-thinking partnership with the Government and local authorities to fit nitrous oxide particle-reducing exhaust after-treatment technology to more of our buses, creating one of Britain’s greenest bus fleets.”
Mr Hornby told guests that the company, which employs over 1,200 staff across six depots in Yorkshire and Lancashire, has been recognised with several national awards, including the ‘Making Buses Better’ prize at the industry-leading UK Bus Awards – and it’s in the running for more, including UK Bus Driver of the Year for York-based Cityzap driver Dale French.
He said: “As always, our people are at the very heart of all we do. We’re fortunate to have fantastic people welcoming customers onto our services every day, and their hard work plus our far-reaching investment programme is a powerful combination.
“We’re all about creating amazing journeys, and this year our customers across the North are already seeing a significant rise in quality on our branded services, developed using new ideas driven by innovative customer research. For us, the journey’s only just begun.”
The all-new Cityzap express between Leeds and Manchester started on Sunday 5th November 2017, with an amazing deal to encourage people to try the new route – for its first week, all one-way journeys was just £1. 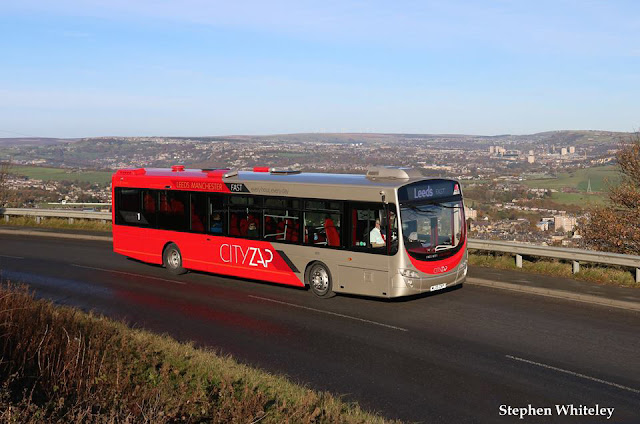 There are also special discount fare deals for students, university staff and NHS workers – and concessionary passes will be valid for free travel throughout, subject to the usual restrictions on times of use on weekdays.
The new service whisks passengers between Leeds and Manchester city centres in as little as 75 minutes – at fares costing less than a third of the price of an anytime return on the train.
Each Cityzap bus provides First Class travel with coach leather seats, USB power points at every seat and fast and free Wi-Fi, at economy prices. The service is also expected to be popular with those making connections by bus at both ends of the route, opening up a huge range of journeys right across the North.
Full details of the new Cityzap service are available online at: http://www.cityzap.co.uk