Network Rail has said that the new Ordsall Chord bridge connecting three railway stations in Manchester will open on 10th December to coincide with the start of the new timetable.
The 300m (980ft) Ordsall Chord viaduct links Piccadilly, Oxford Road and Victoria stations enabling more trains to travel through the city centre. 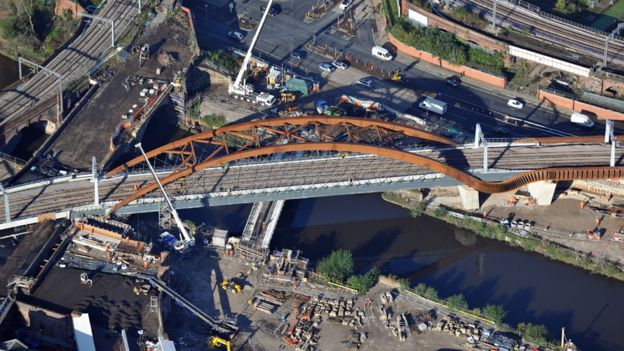 The £85m rail link is a major part of the Northern Hub upgrade for rail services across the North of England.
It will increase capacity, ease congestion and provide a direct service through to Manchester Airport.
Construction, which has taken two years, included realigning existing track, building new bridges, removing disused arches and restoring Grade I listed structures.

A special ceremony is being held to mark the completion of a new rail link that connects Piccadilly, Victoria and Oxford Road Stations.
It's iconic new bridge is located close to where in 1830 George Stephenson’s unveiled the Liverpool-Manchester railway, the birthplace of modern inter-city railways.

The new Ordsall Chord is a major milestone for the Great North Rail Project and forms a key part of this government’s £13 billion investment in transport in the north.

“This construction of this new iconic bridge has supported 2,000 jobs, including new apprentices and graduates and will provide new and direct links to Manchester Airport from across the region.
“By 2020, the Great North Rail Project will deliver faster and more comfortable journeys, with new trains, extra carriages and more than 2,000 extra services a week.” 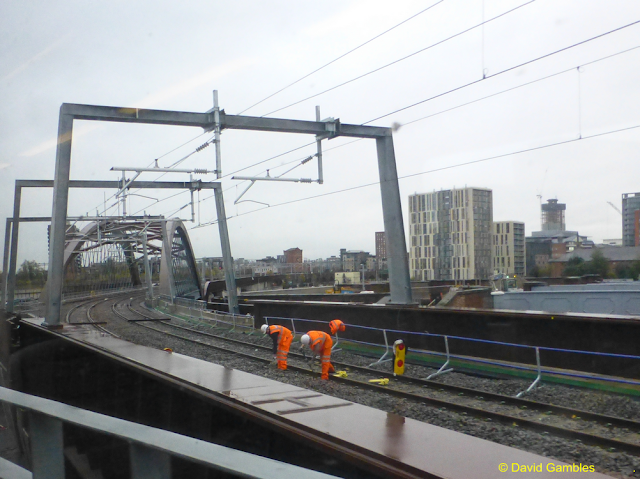 It has used 28,500 tonnes of ballast, 4,000 tonnes of steel and enough concrete to fill six Olympic-sized swimming pools.


The new chord, which crosses the River Irwell, sits close to where pioneering railway engineer George Stephenson unveiled the Liverpool-Manchester railway, the birthplace of modern inter-city railways, in 1830. 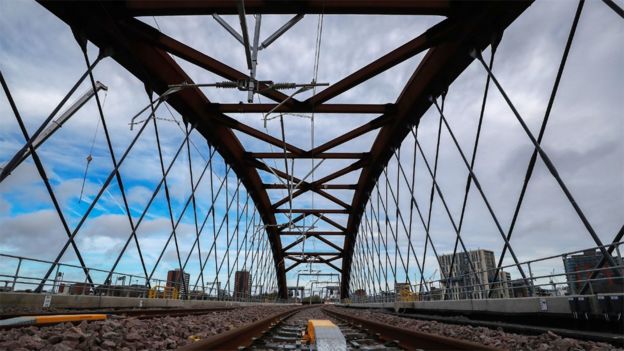 Network Rail said the viaduct will enable an extra two fast trains per hour between Manchester Victoria and Liverpool and Leeds and Manchester, plus a direct service through Manchester city centre to Manchester Airport.
It is hoped it will reduce congestion at Piccadilly station by 25%.


NOW SEE THE LATEST ON THE THE NEW FOCUS FLICKR SITE 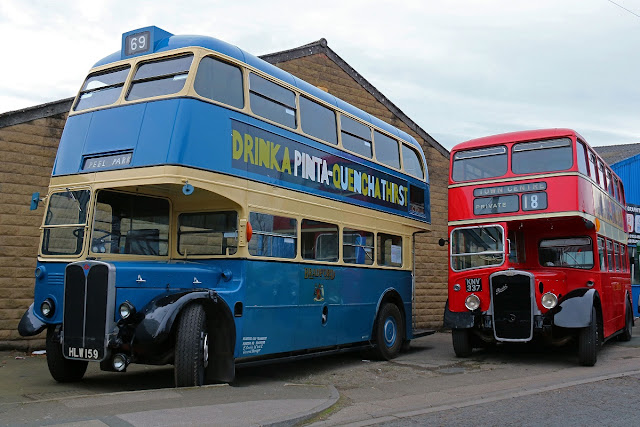 Staying in the but crossing the border into Yorkshire, North Dewsbury Bus Museum recently held their annual transport fair and open day. An eclectic selection of preserved buses and coaches were on display and running on a local service around the area. A fine set of images from the event have been provided by Keith Valla, which are now in an album and can be viewed by clicking   here