Seventy-year-old bus salvaged from behind hedge

From the Herefordshire Times 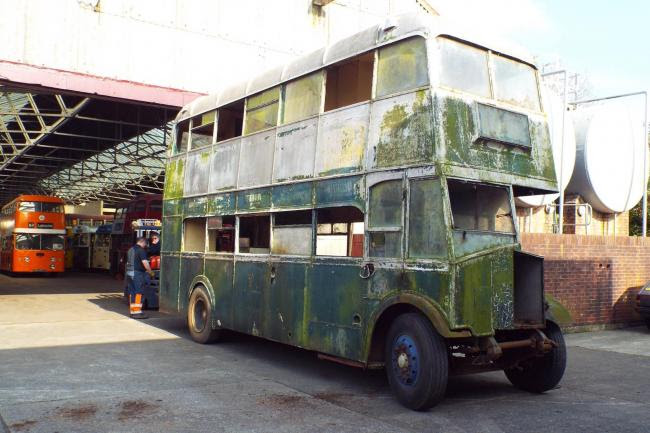 A SEVENTY-year-old bus has been salvaged from behind a Herefordshire hedge and is en route to being restored by enthusiasts in South Wales.
Built back in 1947 by a Caerphilly-based company, the old double-decker, which once kept to a timetable for Rhondda Transport, had languished in a yard near Pembridge.
With the aid of a winch and airbags, the bus has been removed and towed by breakdown lorry to Barry, where Cardiff Transport Preservation Group is getting to work to return it to its former glory.
Numbered TG6311, the vehicle is described by the group as “quite a special bus and certainly a very Welsh one”.
Built on a 1933 AEC Regent chassis, a 1947 prototype Welsh Metal Industries body was added on.
This company was set up for aircraft production during the Second World War, and later made bus bodywork using a significant amount of aluminium which resulted in a resistance to corrosion.
Eventually the bus was sold and acquired for service in Herefordshire by Yeomans Motors.
Later it was converted to a caravan and sold on to a new owner near Pembridge where it had remained for 50 years.
When the old bus has been restored, it will join a prized collection looked after by the preservation group at a former bus depot in Barry.
Visitors are welcome on Saturdays between 10am – 4pm.