Buses on concrete rails on the A52

Putting electric buses on concrete rails along the A52 is the best way to link Derby to HS2, according to Trent Barton’s managing director.
Jeff Counsell says the buses, which are already used in some parts of the UK as well as South Africa, Mexico, Australia and Ghana, would be cheaper than bringing Nottingham’s tram network to the city – and he’s already met with transport decision makers to put forward his idea.
Mr Counsell made the comments after the East Midlands HS2 Strategic Board said extending the tram west of the proposed HS2 rail hub in Toton would be “prohibitively expensive and hugely disruptive”. 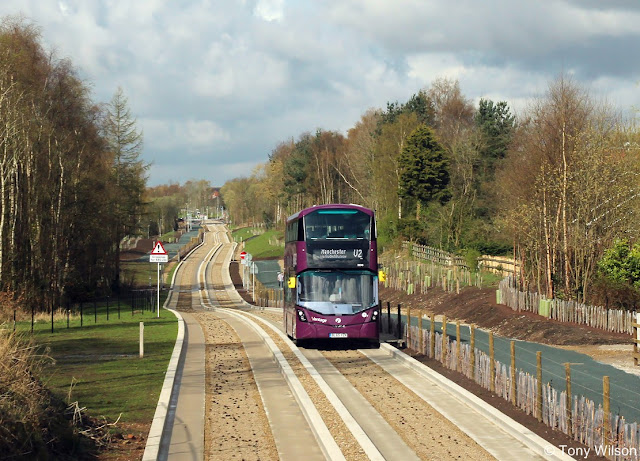 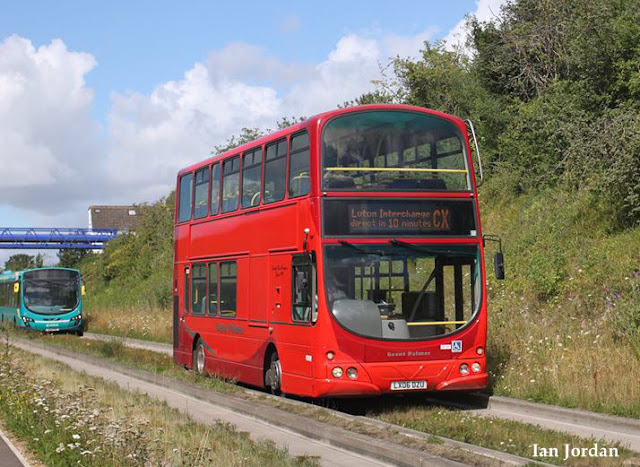 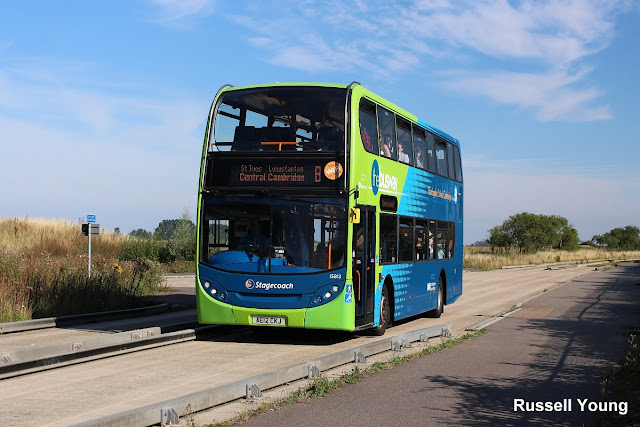 Instead, he believes electric buses using dedicated concrete “busways” built alongside the A52 or through the dual carriageway’s central reservation is the affordable, achievable and environmentally responsible option.
Guided busways are already used elsewhere in the UK and across the world. In Cambridgeshire 13.3 miles of guided concrete track was completed in 2011 in an effort to ease congestion on the A14.
That project was completed at a cost of £150m – far less than the estimated £500 million cost of extending the NET tram network by a similar distance through to Derby.
Mr Counsell said busways - which can be concrete rails specifically designed for buses or bus lanes separated from the road - were the obvious choice for getting people in Derby to HS2 trains. He said that building concrete bus rails was much cheaper than building tram lines and stations.
He said: “Forget what you know of today’s typical local bus services that are beset by traffic and congestion. By the time HS2 is operational in the 2030s there will have been significant evolution in public transport vehicles and the infrastructure they run on.
“Even today, there are clean, green, high capacity buses with great creature comforts running on smart networks including bus ways in cities such as Johannesburg, Mexico City, Adelaide and Accra.

“And closer to home there are cities such as Cambridge and Manchester which are benefiting from rapid bus transit.
“Fast forward 15 years and the quality and features of future buses will have stepped up several gears. Derby could have a bus system plugged into HS2 via dedicated transport corridors, operating at a frequency where passengers don’t have to worry about a timetable.”
Mr Counsell said dedicated bus ways could be built alongside the A52 or in the central reservation of the dual carriageway. Buses using the route would also be able access normal highways.
“That gives the flexibility to respond to the major changes there will undoubtedly be as travel patterns and employment evolves around Toton and across our region by 2030,” Mr Counsell said.
Recently, the East Midlands HS2 Strategic Board – made up of council and business leaders – admitted a new tram line that followed the A52 between Derby and Toton was unlikely to happen due to the cost involved.

Board member David Ralph, who is also chief executive of the D2N2 Local Enterprise Partnership, said the more likely option for connecting Derby to Toton was a bus rapid transit system, such as new bus lanes or guided busways.
Mr Counsell said Mr Ralph’s suggestion made sense. “Creating a bus rapid transit system infrastructure will cost local authorities and/or national government a fraction of that for light rail or trams,” he said.
“Commercial operators, such as us at Trent Barton, would take the commercial risk of investing in the vehicles.”
Mr Counsell said a bus rapid transit system could also be used to connect Toton to East Midlands Airport.
He said: “I believe it is more viable than any other option. Modern bus rapid transit systems offer all the environmental and mass capacity benefits of light rail and tram systems at a fraction of the cost.
“They are far quicker to establish, easy to adjust in line with demand and the vehicles can be refreshed more readily to get the benefits of technological and other innovations.”
Andrew Pritchard, director of policy and infrastructure at East Midlands Councils, which is co-ordinating the region’s work on HS2, said the strategic board had already met with Mr Counsell to discuss his ideas.
Mr Pritchard added: “In addition, we are just about to commence work on a strategic study which will include looking in more detail at the options for connecting Derby to the hub station at Toton, which will present another opportunity to explore Trent Barton’s ideas.”

Why build a busway?


According to infrastructure specialists Britpave, busways provide segregated transport corridors for bus services, allowing operation of regular reliable services with reduced influence from traffic congestion.
Historically on-street bus lanes have suffered from a number of problems in operation, such as:
These all interrupt the timing of the bus service and affect the ability of the bus operator to provide a fast, regular and reliable service.
A dedicated busway which excludes other road users provides a solution to these problems. The permanent infrastructure of a dedicated busway improves public perception of bus travel.
Busways also take up less land than a tram network.
Other benefits include:
• Affordability and low whole life cost
• Simplicity of technology
• Reliability
• Flexibility and integration with other public transport
• Capability for vehicles to operate both on and off the guideway