Bus passengers in Rossendale, Bury and Rochdale could soon benefit from a multi-million-pound investment in new buses after plans were announced today for the local authority-owned bus operator Rosso to join the Transdev Blazefield group of companies.
Subject to approval from Council Members at a meeting on Wednesday (December 20, 2017) and to finalisation of the detailed terms of the deal, Rossendale Borough Council has reached an agreement in principle to sell its shares in Rosso to Transdev.
As part of the outline agreement, Transdev is planning to invest significantly in Rosso including spending in the region of £3 million in the year following the proposed deal on  state-of-the-art new buses to be placed on the busiest routes to benefit the most people and the most communities. 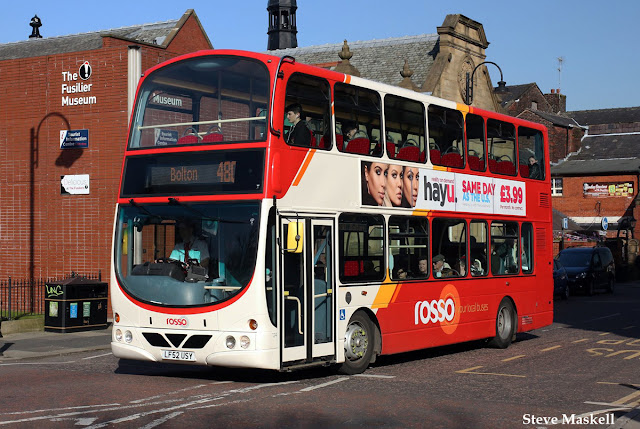 Rosso currently runs a network of bus routes around Rossendale and beyond to Ramsbottom, Bury and Rochdale. Its services connect to other local towns including Blackburn, Burnley and Bolton.
Following the proposed deal, Transdev plans to keep the local Rosso brand alongside more new local identities, and intends to make effective use of the new bus station currently being built in Rawtenstall.
Transdev also plans to introduce integrated ticketing across both networks and improve information to customers in a bid to get more people on board the bus.
As part of the proposed deal, the Council will retain the Haslingden depot in support of its commercial investment strategy.
Councillor Alyson Barnes, Leader of Rossendale Council, said: “The proposed sale  is a great deal for the Council and for the borough that will see significant investment into the Rosso company to make sure we continue to get a great bus service locally. It's not about resolving the Council's financial challenges, we are looking at other ways of closing our budget gap and ensuring continuous improvement in public services. 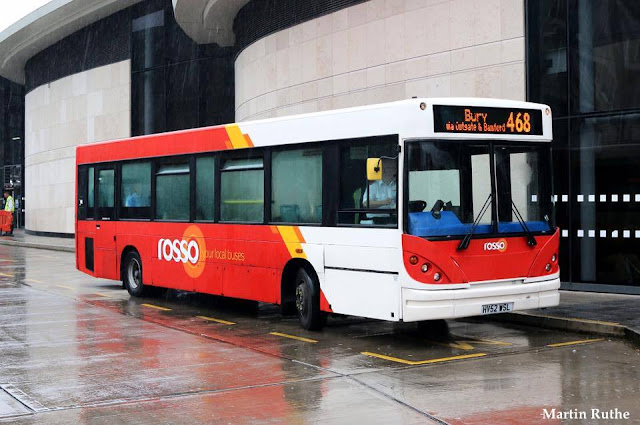 “Transdev is an award-winning company with a strong reputation for quality services and investment that gets more people on board buses. Residents will benefit from that the fact that the new service will be able to join up routes right across the local sub-region. We would not be selling our shares if we didn't think they could deliver an even better service than we have now.”
Alex Hornby, Chief Executive, Transdev said: “Following approval and finalisation of the proposed deal, we are looking forward to welcoming our new colleagues at Rosso into the Transdev Blazefield family. Our track record in Lancashire and across the north is one of growth, innovation and creating buses that people want to be seen on, and we have exciting plans including investment in new, hi-spec buses to benefit the people of Rossendale and Greater Manchester.
“From day one, we will be talking and listening to staff, customers and stakeholders about our strategy to ensure we deliver attractive bus services that reflect the needs of local communities and strengthen local economies.”