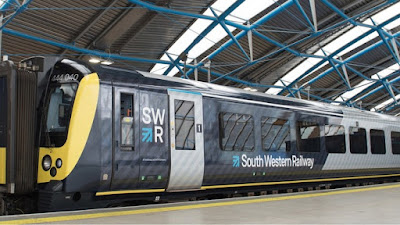 • Group revenue +8.1% including new SWR rail franchise from 20 August and favourable foreign exchange; excluding these, Group revenue was +0.9%
• Adjusted operating profit flat, with solid trading performances and favourable foreign exchange offset by c.£6m impact of severe North American hurricanes, mainly on First Transit’s three contracts in Puerto Rico; in constant currency, adjusted operating profit (9.1)%
• Adjusted EPS +35.7% reflecting lower interest costs tempered by significantly higher tax rate as expected; adjusted EPS flat in constant currency
• Net cash inflow of £97.0m (H1 2016: outflow of £64.3m) in the period includes a cash flow improvement of £86.2m in addition to a £75.1m working capital inflow from the start of the SWR franchise
• Net debt: EBITDA improved to 1.7 times at the half year, compared to 2.4 times a year ago
• Statutory operating profit decline of £20.5m, statutory loss before tax of £1.9m and statutory EPS reduction to 0.2p principally reflect a gain on disposal of property in the prior period which did not recur 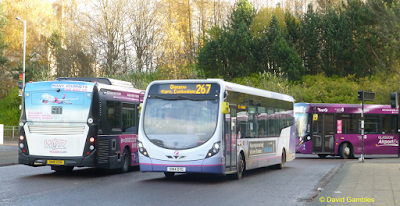 Commenting, Chief Executive Tim O'Toole said: "The overall trading performance and significantly increased free cash generation of the Group in the first half was consistent with the plans we outlined at the start of the financial year. Solid performances from most of our businesses are partially obscured by the impact of the recent severe hurricane on our operations in Puerto Rico. In the second half we will benefit from our normal seasonal bias, our ongoing focus on cost efficiencies and from additional business which commenced in the period, including the South Western Railway franchise. We expect to make further progress and deliver substantial free cash generation for the year as a whole."
..