The news came as the first of the 75 coaches arrived in Glasgow from Spain.
Passengers were due to start using the new trains in April, but Serco said there had been production delays.
The firm also revealed the ensuite double rooms will cost from £200 per passenger, with single ensuite "Club" rooms from £125 per person.
"Classic" rooms, with no ensuite, will be priced from £85 per person, and seats from £45.
Passengers travelling alone will no longer be permitted to share with a stranger, with the change being implemented on the current trains from 26 February.
The new carriages are being built by CAF in northern Spain, which also produced Edinburgh's trams.
The carriages will replace ones that have been used on the overnight routes between Edinburgh, Glasgow, Aberdeen, Fort William and Inverness which are up to 40 years old.
The first new trains will operate on the Edinburgh and Glasgow routes.
Tickets go on sale next month.
New features include a hotel-style door card entry system, charging points and wi-fi.
The first five carriages to have arrived at the Polmadie rail works on the southside of Glasgow will be used for testing and have not been fitted out internally.
They travelled via the Channel Tunnel from a test track in the Czech Republic.
A Caledonian Sleeper spokesman said: "There has been slippage in the manufacturer's programme.
“We now anticipate we will begin a phased introduction of the new Caledonian Sleeper trains in October 2018.
"With trains currently in testing, we have discovered further improvements could be made to the trains to enhance the guest experience.
"This is often the case with entirely new designs.
"We are disappointed by the delay but we are determined to ensure the best possible service for our guests.
"These trains will be in service long beyond the lifetime of the franchise, and by taking a little extra time now we can ensure they will remain among the best in class for decades to come.”
Serco Caledonian Sleeper chairman Peter Strachan said: “We believe the new Caledonian Sleeper trains will truly set a new standard in overnight travel.
“The Sleeper is known throughout the UK as a great way to travel and it is our intention to improve on every aspect of that journey, while offering great value of money for our guests."
Transport minister Humza Yousaf said: “The Caledonian Sleeper is an iconic rail service, recognised in Scotland and across the world.
"The introduction of new rolling stock, with features new to UK railways, can only enhance its reputation.
"The arrival of the first trains to Scotland for testing is a major milestone and one that brings us closer to their introduction from October of this year.”
A Transport Scotland spokeswoman said: “These new trains, the first UK Sleeper build for 35 years, will be a unique asset to Scotland for the long term and have very real potential to play a pivotal role in continuing and increasing inbound tourism for decades to come.
“The vehicles are a complicated build with tightly specified requirements for passenger comfort, safety and amenity; given their intended use, they need to be tested rigorously.
"In doing so we can ensure the benefits of a solid introduction and passenger confidence in the new trains.”

NOW SEE THE LASTEST ON THE NEW FOCUS FLICKR SITE 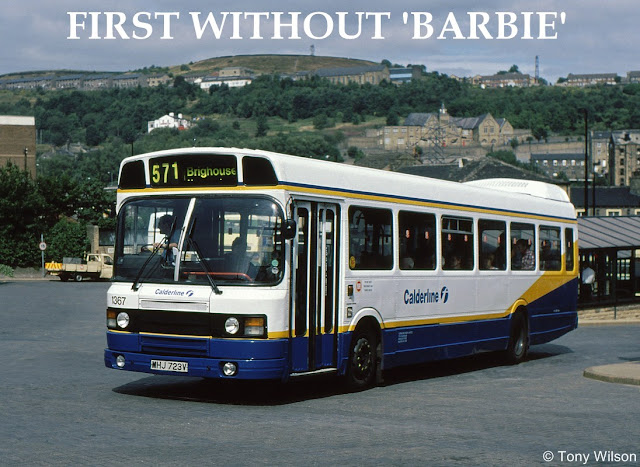 First Group's 'Barbie' and subsequent corporate liveries have been around for a while, but in the earlier days, companies taken over, retained or produced their own identities. The latest album on the flickr site illustrates the time before 'Barbie' appeared on the scene. This can now be viewed by clicking  here