Stagecoach East Midlands has invested £3 million in new buses and timetables in Lincoln, just in time for the opening of the city’s new multi-million pound bus station.

Six new double decker buses have been brought onto the InterConnect 100 route, which runs into Lincoln from Gainsborough and Scunthorpe every hour.
There are also ten new single decker buses, which will go into service during early February, allocated to inner-city services.
Services will adopt the company’s Simplibus concept with simple route numbers and colour-coded services, which has already been introduced in Grimsby and Hull.
All the new buses have environmentally friendly Euro 6 engines, high-backed e-leather seats and handy USB charging points for use during the journey.
Managing Director for Stagecoach East Midlands, Michelle Hargreaves, said: “This is a huge £3 million investment by Stagecoach in brand new buses for our Simplibus services for Lincoln.
“With buses running up to every 10, 15 and 20 minutes along the busiest routes and great value fares including unlimited bus travel from just £1.45 per day with our online Megarider Xtra there’s never been a better time to try travelling by bus in Lincoln.”

Stagecoach offered free breakfasts to commuter customers in the Transport Hub to celebrate the launch of the Simplibus services on 29th January.
There was also free morning coffee and cake for Stagecoach customers travelling after peak time.

A guide to Simplibus numbers: 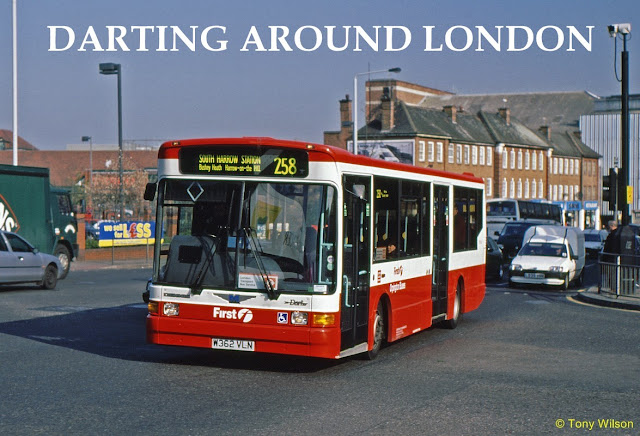 With new Alexander Dennis E20D Enviro200 (MMC) single-decks delivered as shown above, their provenance lay in part in the Dennis Dart, which first appeared some 29-years ago. Recalling the product a set of such vehicles on service in London during the 1990s and early 2000s, have now been placed into the latest album, which can be viewed by clicking  here