The Isles of Scilly Steamship Company has announced that it will launch its new helicopter service from Land’s End airport to the islands in May. 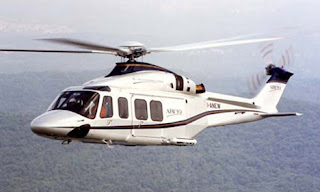 Named Island Helicopters, the new 10-seater helicopter will run year-round, six days a week and with eight return flights a day to the islands of St Mary’s and Tresco. However, the news has split opinion among the islanders, who were already expecting a new service to launch this spring from Penzance, financed by Robert Dorrien-Smith, whose family estate is leased on Tresco island by the Duchy of Cornwall.

Dorrien-Smith has been behind plans to launch Penzance Heliport since 2016. He criticised the Steamship Company, which also runs the islands’ ferry and plane services, accusing it of monopolising the transport infrastructure, while also arguing that Land’s End is an unsuitable location for a heliport.
The previous helicopter service, which ended in 2012, was forced to move from Land’s End to Penzance after a year due to unreliable weather conditions.
“The near sea-level location of the Penzance Heliport site is the keystone to reinstating a reliable, weather-resilient helicopter service to the Isles of Scilly,” said Dorrien-Smith. “Land’s End airport – which suffers disruption on one in every four days each year – is the problem, not the solution.”
He added: “Today’s announcement sadly signals no more than one company tightening its stranglehold further on these islands. It is a blatant attempt to retain a monopoly that is not working in the interests of these islands.”
Andrew May, chairman of the Isles of Scilly Steamship Group, said: “We know there is demand from thousands of people who have really missed the helicopter. We’ve listened to that demand, investigated what we believe can work, and have partnered with Specialist Aviation Services (SAS) to make it happen. This gives visitors and islanders more choice over how they travel and makes the transport network more resilient, which is exactly what our customers say they want.”
He added that it plans to fly to St Mary’s airport and Tresco, and the company is renewing its offer to Tresco to establish the route. The Tresco Estate said it had not received any contact from the Isles of Scilly Steamship Company, so could not comment on if the route will be operating to the island.
Demand for a helicopter service has been high since the last one stopped six years ago after almost 50 years in operation. When Penzance Heliport put its first planning proposal forward to Cornwall Council in 2017, it received 2,600 messages of support – a record for a planning application.
The helicopter was considered a vital connection in instances of emergency, as well as being a popular tourist attraction in its own right, with many visitors to the islands considering the short flight part of the experience of a trip to the isles. Tourism currently makes up more than 80% of the local economy.
Being able to fly in low visibility, it also offered a more resilient transport connection to the mainland than a plane, which can be disrupted by poor weather. The ferry service stops in winter, from November to March, meaning poor weather sometimes leave islanders stranded.
Beth Hilton, editor of local community magazine and news website Scilly Now and Then, said: “There was real concern about the islands’ increased isolation and vulnerability, particularly regarding medical access. Most locals are very enthusiastic about a helicopter service, although feelings about who should provide it are mixed. There are some reservations about it running from Land’s End in case the same visibility issues would apply to the helicopter as the plane, so most feel it would be better in Penzance.”