Serco, which operates the Caledonian Sleeper services has announced that it may need to give up the contract following large losses. The company took over running the night sleeper trains to and from London in 2015, last week revealed it had taken a £30 million hit on the franchise as a result of a “sharp increase in costs”. 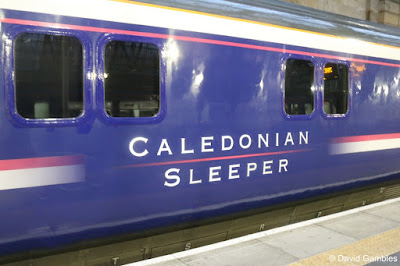 The terms of the sleeper contract means Serco can try and get the taxpayer to pay for half of its losses from 2020 but the outsourcing giant also warned it may seek an early exit from the 15-year franchise.
It comes just weeks after it was announced the UK East Coast franchise deal will end early and comes amid continuing performance and financial problems for ScotRail franchise holder, Abellio.
Transport minister Humza Yousaf, who earlier this month flew to the Netherlands for crunch talks with Abellio, has written to MSPs to say he is monitoring the situation closely,
Delays to the delivery of new sleeper carriages were blamed for the net £30.6m unrecoverable loss reported by Serco in its latest accounts.
The firm said it would be “examining every option for reducing operating costs” on the trains between London Euston and Edinburgh, Glasgow, Fort William, Inverness and Aberdeen.
Serco noted in its accounts that from 2020 the franchise agreement provides “a mechanism that requires Transport Scotland to bear 50% of contract losses” and also warned that from 2022 the deal can be altered to result in a “positive profit margin” for Serco or the firm can walk away.
Scotrail operator Abellio posted a £3.5m loss last year and took a £10m loan from its Dutch parent company amid a raft of problems facing the ScotRail franchise.
The firm is said to be continuing to slash spending to try and recoup its losses.
Last month Transport Secretary Chris Grayling admitted the UK Government needs to rethink the way it awards rail franchises, following the announcement that Virgin East Coast will walk away from the contract to run inter-city services on the East Coast Main Line three years early.
A Transport Scotland spokesman said: “Losses in the early years of rail franchises in the UK are not unusual, whereby early investment is recovered later in the franchise term.
“Officials have been working with Serco to understand their position more fully, and to learn more about their forward planning.
“More widely, our consistent view over many years is that there ought to be a level playing field between the private and public sector in bidding for rail franchises and we are working to enable a public sector bid for Scotland’s railways in the future.”
A Serco spokesman said the firm remain fully committed to its franchise and said the sharp increase in the estimated costs related to the delayed introduction and operation of the new sleeper service. 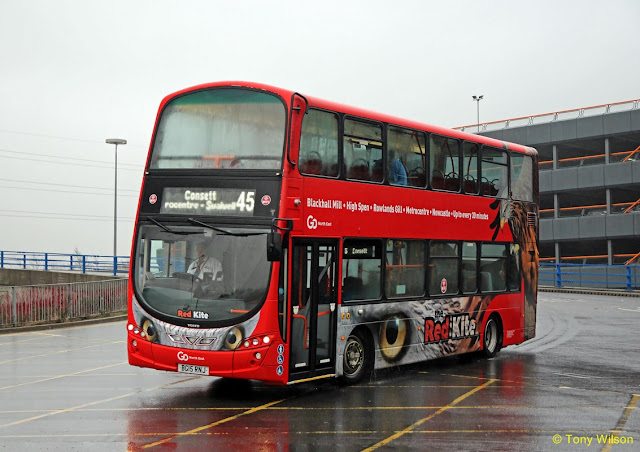 The first of several albums that focus on buses in the North East of England has now been placed on the site. It features buses at the Metrocentre in Gateshead, during a very wet couple of hours last Monday. The images can be viewed by clicking  here