From the Lynn News


Bus operator Stagecoach has announced it is carrying out a review of its Norfolk operations, including the potential closure of its Lynn depot. Managers say they have met with union representatives and launched a consultation exercise with staff. The company says it is also working with Norfolk County Council on “steps to protect as much of the local network as possible.”
Stagecoach took over most of West Norfolk’s bus services when it bought Norfolk Green in 2013. 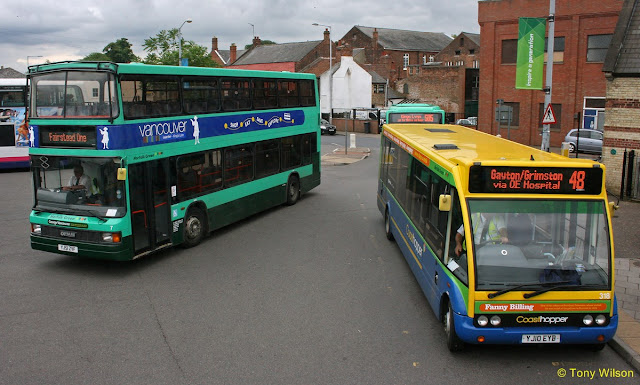 However, Andy Campbell, managing director of its eastern division, said this evening: “We are a significant local employer and we understand the importance of bus services for the local community. We also know that any change can be unsettling for our people. “That’s why we are working closely with both the trade union and local authority to protect as many jobs and as much of the local network as possible. “We’re carrying out a consultation and will be working liaising closely with staff during that process. “However, the reality is that we simply cannot sustain the current operation given the challenging economic climate that we’re faced with.” 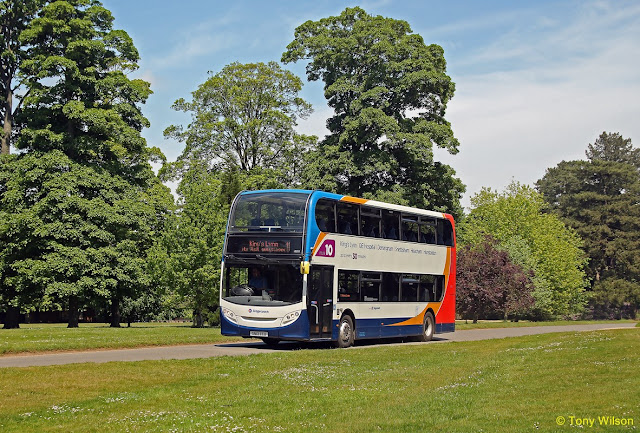 The firm says staff could be relocated with other operators or elsewhere in the Stagecoach East business within the surrounding area. Bosses say workers will be able to discuss their preferences over the coming weeks.
A Norfolk County Council spokesman said: “It’s disappointing that Stagecoach are considering no longer operating in West Norfolk and we are sorry to hear this news. “However, we will work as closely as we can with them to ensure passengers are kept informed of changes and the network is covered by alternative providers as much as possible.”

And a press release from Lynxbus
Following the announcement on 30th January 2018 that Stagecoach in Norfolk are likely to close their King’s Lynn based bus operation, Lynx are now looking into the viability of providing replacement bus services.
Julian Patterson, Director at Lynx said “We don’t envisage that any locations that are currently served by Stagecoach in Norfolk will be left without a bus service from 30th April 2018. However, due to the relatively short timescales involved it’s possible that any replacement bus services that we introduce may not initially operate quite as frequently as they do at the moment.”
Additionally, Lynx are now working closely with Norfolk County Council regarding the existing Stagecoach bus network, including those services which are subsidised by the County Council.
Julian Patterson also stated that “As a result of the likely expansion of our business in the near future we will welcome job applications from those with the PCV (bus) driving entitlement on their licence including those that currently work for Stagecoach, providing that they can demonstrate high standards of customer care and driving abilities.” There are also likely to be a small number of engineering and cleaning positions. 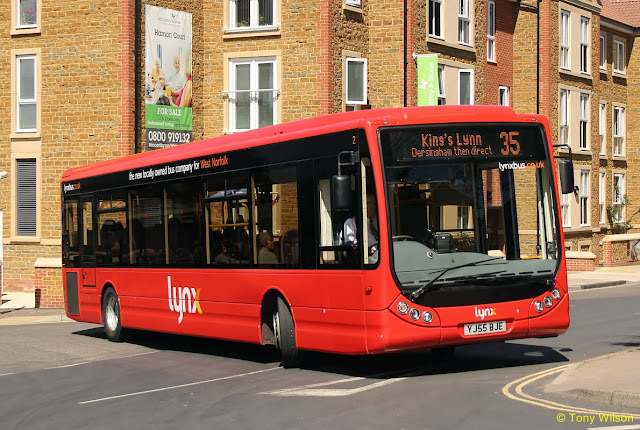 Lynx, still a relatively new bus operator in West Norfolk & King’s Lynn commenced its first bus service in January 2015 operating hourly between King’s Lynn and Hunstanton on route 35. Since starting the frequency of Lynx buses on this particular route has increased to three buses per hour in each direction as a result of increased demand for high quality bus services in the area. Additionally Lynx have been successful in winning tendered bus routes such as Service 37 (King’s Lynn to Downham Market) and Service 48 (King’s Lynn to Gayton & Grimston) from Stagecoach.
More information regarding any replacement bus services will be made public once plans are finalised in the coming months.