Britain's bus network has shrunk to levels last seen in the late 1980s.
Rising car use and cuts to public funding are being blamed for a loss of 134 million miles of coverage over the past decade alone.
Some cut-off communities have taken to starting their own services, with Wales and north-west England hardest hit. 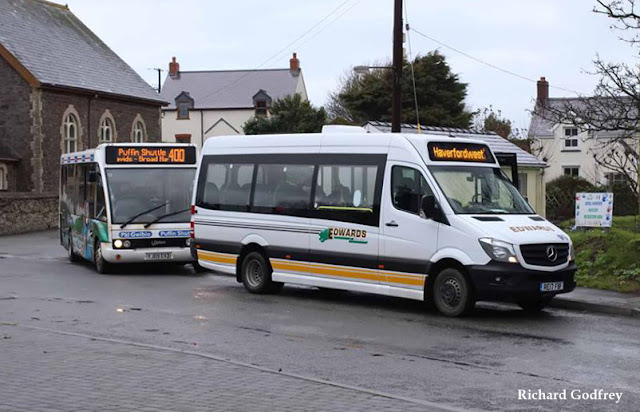 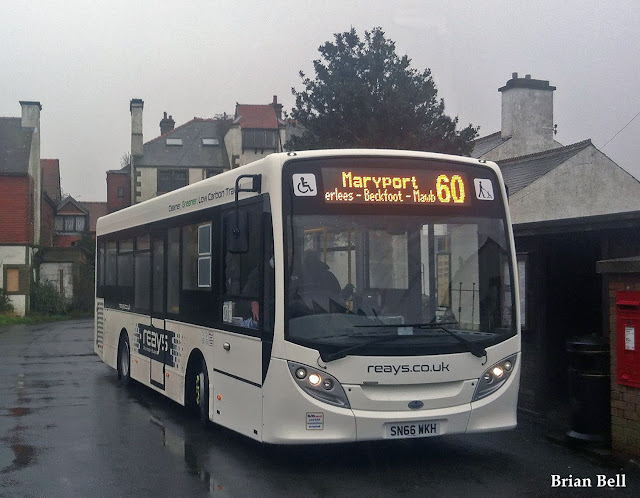 The government has encouraged councils and bus companies to work together to halt the decline.
One lobbying group fears the scale of the miles lost are a sign buses are on course to be cut to the same extent railways were in the 1960s.
During that decade thousands of miles of track were scrapped and hundreds of stations closed following a report by British Railways Board chairman Dr Richard Beeching.
Chris Todd, of the Campaign for Better Transport, said: "We are not talking a loss of that level, but we are heading that way.
"We live in a society that is quite prepared to completely abandon certain groups of people and leave them with no options of getting around."
Communities around the UK say the shrinking bus network is leaving people unable to reach basic services such as shops and GP surgeries.
In Chard in Somerset, mother Melissa Whittaker told the BBC how a 10-mile journey to take her autistic son Issac to their nearest community hospital can take three hours, the same time it would take to walk.
Villagers in Ditton Priors, Shropshire, who have not had a regular bus service since 2012, say some elderly residents have been forced to move away.
And some cut-off communities have even gone as far as setting up their own replacement bus services. 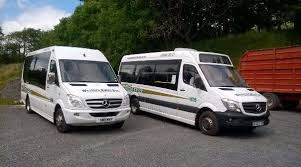 Cumbria's Western Dales Bus company runs its routes with the help of 20 volunteer drivers.
One of its directors, John Carey, said the National Lottery-funded company was a lifeline for hundreds in the county.
He said: "Without this people would have been cut off, absolutely.
"They wouldn't have been able to go to the shops. It has preserved the mobility of elderly residents in the area."
Although car use is at an all-time high, buses remain Britain's most popular form of public transport.
But analysis of official statistics by the BBC Shared Data Unit found the UK's bus network has shrunk by 8% in the last decade. That equates to 134 million fewer miles - the equivalent of more than 5,000 trips around the equator.
Passenger numbers have increased marginally (0.7%) over the same period.

Why is the bus network shrinking?

There are a number of reasons why Britain's bus network is shrinking in size, according to John Disney, a transport researcher and lecturer at Nottingham Business School.
He said: "Commercial operators have definitely, over the last 10 years, become much more risk-averse and so they are really concentrating on what they consider to be their core routes and are not really bothered about much else."
He said at the same time many local authorities, which would have stepped up to subsidise unprofitable routes, have reduced this spending.
But the trade body for operators, the Confederation of Passenger Transport (CPT), denied the claim that companies were becoming risk-averse.
A spokeswoman said: "Where routes become unviable, sound business decisions need to be taken and there are many examples of operators continuing to operate lightly used and uneconomic services, or developing innovative ways of meeting passengers' needs."

In England, the scale of the bus network has fallen to levels last seen in 1991, even though passenger numbers are now 8% higher than they were then.
The figures show big regional variations, with the North West the worst-hit, losing nearly a quarter (23%) of miles from its network in a decade. 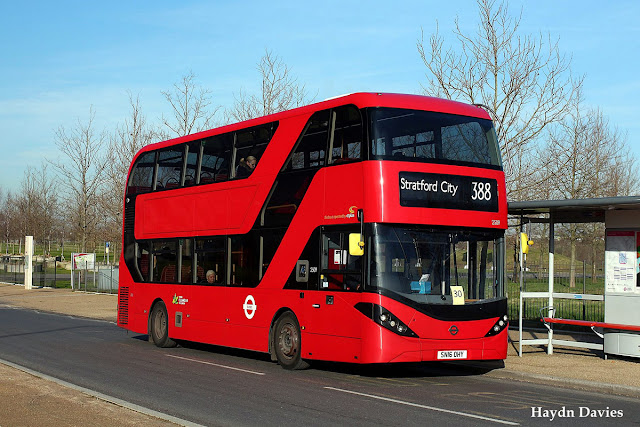 London, the East of England and the South East, on the other hand, were the only English regions to see bus mileage increase over the past decade.
The capital now accounts for a quarter of all bus miles travelled in England, the highest proportion since this measurement began in 1982.
This has prompted campaigners to describe England's public transport system as "two-tier".
Outside the capital, England's metropolitan areas were hardest hit, which experts believe is linked to increasing congestion.
The bus coverage in metropolitan areas has dropped by a tenth since 2013-14 alone, figures show, while rural areas saw bus routes cut by 7.8%.

Wales has seen the biggest drop in bus coverage over the past decade.
Annual bus mileage fell by a fifth between 2006-07 and 2016-17, a loss of 15 million miles.
Experts suggest the slump in Wales could be down to a succession of bus companies going into administration in recent years. 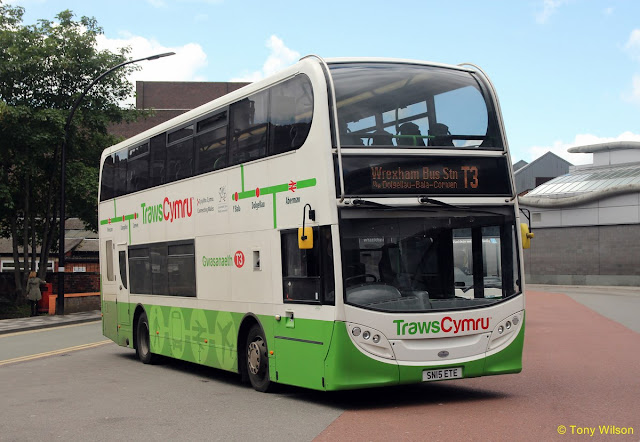 A spokesman for the Welsh government said the figures do not reflect growth on some local services and the longer distance TrawsCymru network of buses.
Scotland's network shrank by 15% over the past decade.
The Scottish region hit hardest was South West and Strathclyde, which saw bus mileage fall by more than a fifth in 10 years.
Only one Scottish region saw bus mileage increase: North East, Tayside and Central, which covers Dundee and Aberdeen.
Northern Ireland's bus network is publicly-run. It covers 6.4% fewer miles a year than it did ten years ago, a loss of 2.6 million miles.
Most of Britain's bus network is provided by commercial companies, although local government can subsidise routes which are deemed unprofitable but socially important. 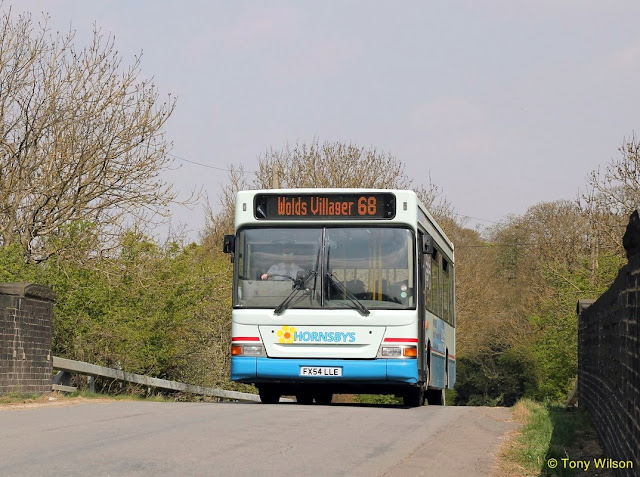 Many campaigners say the shrinking pot of funding available for these subsidies is a major contributor to the decline of Britain's buses.
However, the BBC's analysis shows subsidy cuts are only part of the picture.
Excluding London, all English regions have seen bus subsidies reduced in the past four years, losing a third (32%) of their subsidised miles on average.
But at the same time, bus companies have also been reducing the number of commercially-run miles in the North, while increasing them in the South, the analysis shows. 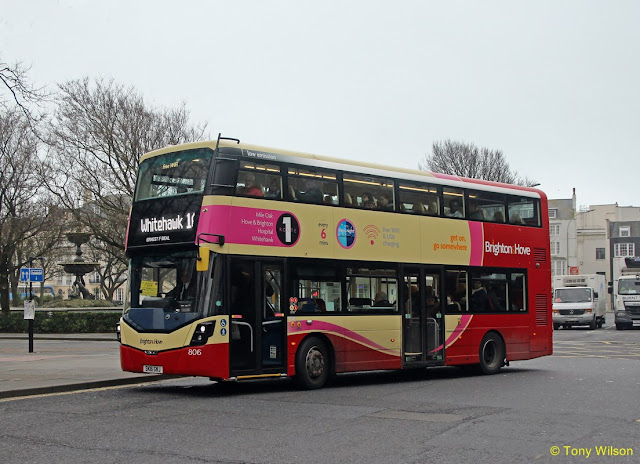 In Brighton and Hove, for instance, its bus network appears to be thriving, despite only 3% of miles now being paid for by the council.
Some areas have seen public sector investment pay off.
In Nottingham, which has the third highest bus use per head of population in England, passengers can travel with a range of different companies using a Robin Hood card.
But the authority there also spends more on buses each year than the whole of Tyne and Wear, which has four times the population.
The Local Government Association has said councils could do more to prop up transport routes if they had more Whitehall funding.
Its transport spokesman Chris Tett said the shrinking of Britain's bus network was "hugely concerning".

The government has given English 'metro mayors' new powers to set up Transport for London-style bus franchise systems.
It means they could set the routes and timetables for their areas and invite companies to bid to run them.
The Bus Services Act 2017 also aims to get local authorities and bus companies in other areas of England to work in partnership to improve services.
A spokeswoman for the Department for Transport said: "Buses connect people, homes and businesses, and that's why we have given councils extra powers to work in partnership with bus companies to improve the service passengers expect and deserve."