A bid to set up a new bus firm from the ashes of the defunct Express Motors has failed.
The Traffic Commissioner Nick Jones has rejected an application for an operator’s licence by Express Motors (Caernarfon) Ltd to operate services in the Caernarfon and Bangor areas. 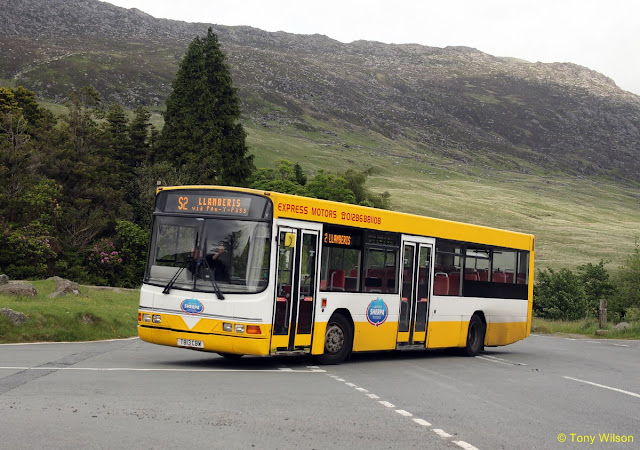 Sole director Rhian Wyn Davies and transport manager Dilwyn Roberts appeared before the commissioner at a public inquiry in Welshpool last month.
The new company hoped to employ drivers and vehicles used by the former Express Motors from it’s depot in Penygroes. 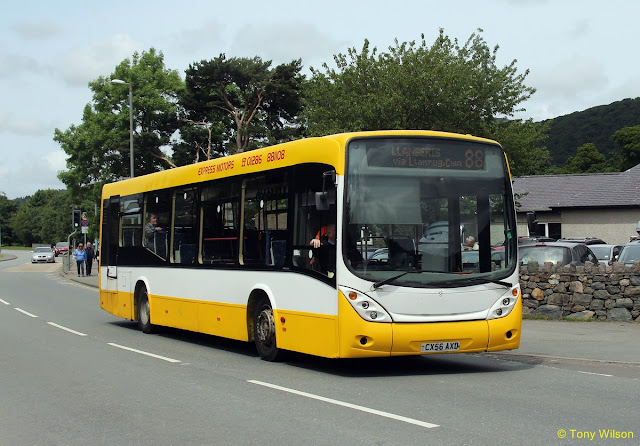 Express Motors had its licence stripped by the Traffic Commissioner at the end of the year.
In a written decision, Mr Jones refused to grant the new company a passenger transport licence concluding the business fell “well short” of meeting the requirements.
He cited safety concerns over the former Express Motors fleet - with one bus losing a wheel in November last year.
He also referred to evidence given in Welshpool that suggested Express Motors was “operating without a licence”, when it took primary schoolchildren to swimming lessons.
Mr Jones said: “The response to the wheel loss (at Bontnewydd) reflected a dangerously low standard of care in relation to public safety.”
Mr Jones said the company had failed to satisfy him it is off good repute and had facilities and arrangements for maintaining vehicles in a fit and serviceable condition.
“The applicant has failed to satisfy me it has satisfactory arrangements to comply with the law regarding the driving and operation of vehicles,” he added.
“The new limited company had one director, Rhian Wyn Davies, who is the daughter of (former Express Motors owners) Eric and Jean Jones, and, sister of both Kevin and Ian Jones.
“I was also made aware of serious criminal charges brought against a number of members of the family (not Rhian Davies).
“I received a number of assurances and offers of undertakings limiting involvement of family members, however some of the members had been expected to be involved in the new business and so there was a need for clarification as to who would be involved in running Express Motors (Caernarfon) Ltd and whether there was sufficient expertise,” he said.
The commissioner confirmed there was sufficient financial standing for a 15 bus licence and made no adverse finding in relation to the proposed transport manager Dilwyn Roberts.
He said: “Whilst I have reservations as to whether he would be able to exercise the required efficient and effective management in the present circumstances, I do not question his integrity neither do I impugn his repute as a transport manager.
"There is nothing to prevent Dilwyn Roberts putting his name forward in the future,” he said.
Express Motors was a family run business owned by Eric and Jean Jones along with several of their children.
A public inquiry last August heard there were a number of serious concerns including apparent falsification of maintenance records and the Traffic Commissioner revoked their operating licence.
It is understood the Traffic Commissioner’s decision has caused the remaining staff at Express Motors, believed to have been less than 10, to be dismissed. 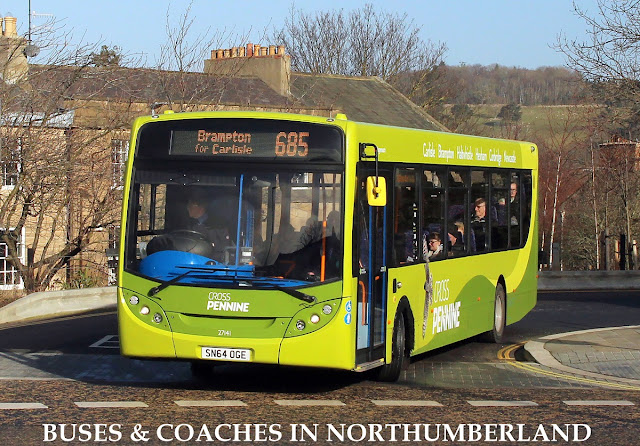 Another album from the North East, a small selection of buses and coaches at Alnwick, Chollerford and Hexham in Northumberland. A few grubby vehicles owing to road grime during a very cold but bright week, prior to the appearance of the 'Beast from the East'. But that's how it is, vehicles operate in all conditions and can now be viewed by clicking  here
A couple of further albums from Newcastle will be posted in due course, once they have been collated.