Today is Mothering Sunday or more as it is commercially known, Mother's Day.

Catch22Bus of Blackpool recently attired their former London Transport Park Royal bodied AEC Routemaster RML 2290 (CUV 290C), in a rather nice presentation livery for the occasion. With a nice big bow it appears to represent a large gift wrapped parcel and is currently parked up on the White Rose Shopping Complex outside of Leeds city, ready to provide mothers with a pampering session inside.
Stephen Whiteley has kindly provided a day and a nighttime shot of the bus as it stood on the complex and awaited custom. 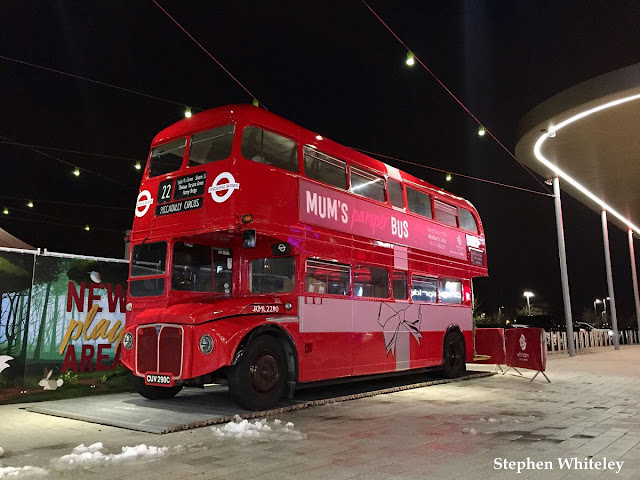 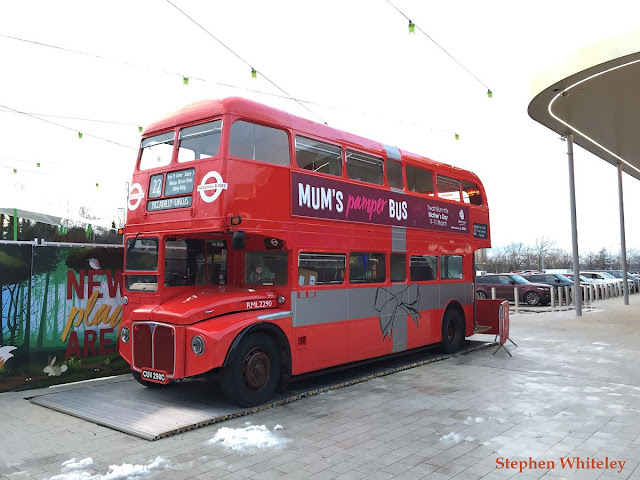 Those with slightly longer memories may well remember a number of similar buses in the London fleet decorated in a similar fashion to celebrate the wedding of Prince Charles and Lady Diana Spencer back in 1981. However, unlike this 30-foot long version, they were all to the standard length of 27-foot 6-inches. London Transport Advertising as was back then, allowed various brands to promote themselves on the buses with messages of congratulations both inside and out. All the buses were concentrated on routes that served central London.

A small selection of them is featured here, as we recall the promotion and celebrate Mothers past and present. 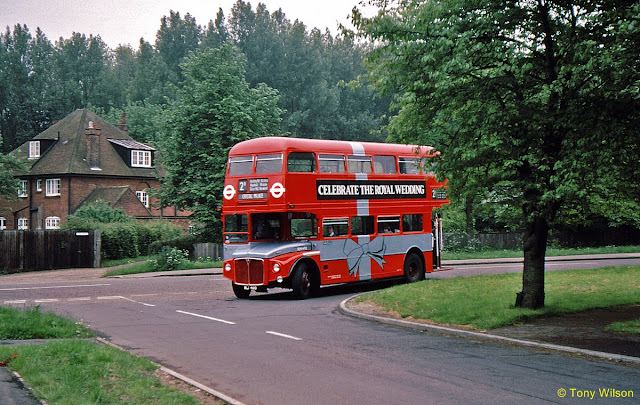 Routemaster RM 490 (WLT 490) promoted the project and shown here at North Weald in Essex bound for a bus related rally event on the airfield. 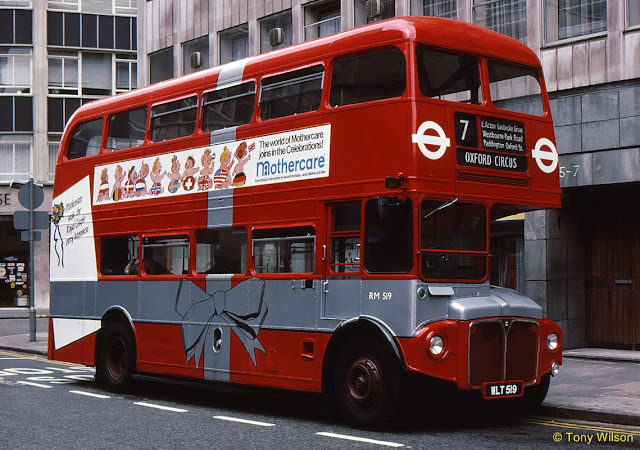 Mothercare came on board with a promotion and congratulations with Routemaster RM 519 (WLT 519), seen here as it laid over between duties at the Oxford Circus terminal point. It was a regular on route 7 (Bloomsbury/Oxford Circus & Acton/Richmond). 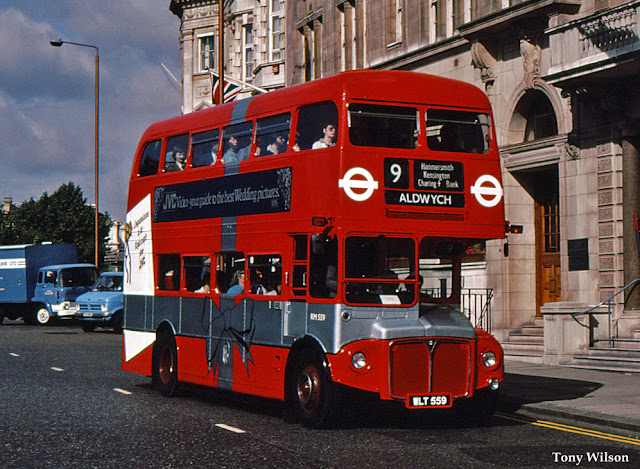 Routemaster RM 559 (WLT 559) was a regular on the 9 (Mortlake & Liverpool Street Station) and had just entered Piccadilly from Hyde Park Corner as it made its way towards Aldwych on a short working of the route. The promoter this time was the electronics firm JVC. 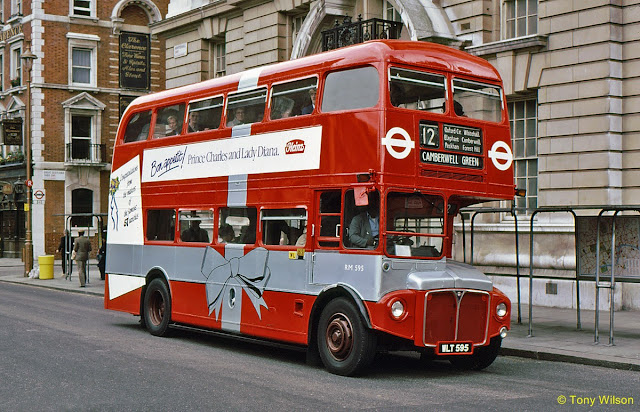 And finally Heinz blew congratulations by using RM 595 (WLT 595) and mainly operated over route 12 (Norwood Junction & Willesden Junction). Here it headed along Whitehall on a southbound journey to Camberwell Green.