Trains returned to Broadway over the Easter weekend for the first time for around 58 years. It is now connected to Cheltenham Race Course Station. 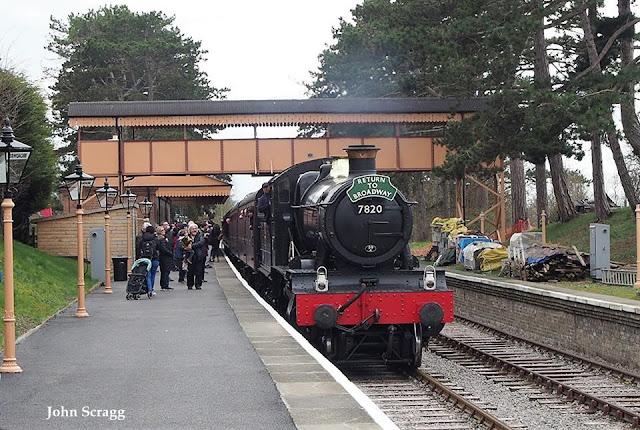 7820 Dinmore Manor arrived at Broadway Station on Sunday 1st April 2018. The engine one of thirty type 4-6-0 built at Swindon Great Western Works in 1950, is now one of nine similar type preserved after retirement in 1965. It is named after the ancient 12th century Knights Hospitaller preceptory Dinmore Manor in Herefordshire. 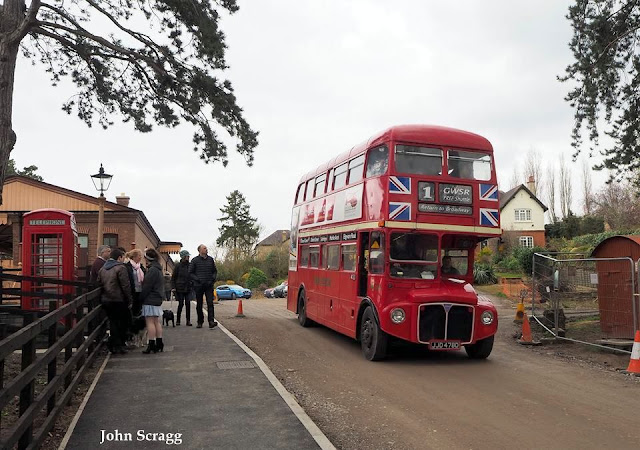 Former London Transport Park Royal bodied AEC Routemaster RML2478 operated a shuttle service between Broadway Station and the village centre as part of the celebration of the re-opening of the station that was closed in 1960.
This bus built sixteen years later in 1960, lasted a bit longer in its original revenue-earning service. It was retired in 2004 when sold to a preservationist in the West Country. 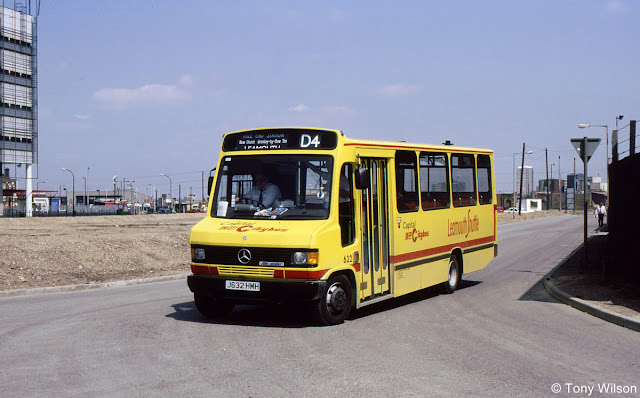 A second set of Mini and Midibuses (Breadvans to some) has now been placed into an album on the flickr site. This time the focus is on such buses in service around the London area and can now be viewed by clicking   here