The P2 Steam Locomotive Company, who are building the most powerful express passenger steam locomotive, has announced their new £210,000 appeal to manufacture the motion gear for the P2 No. 2007 Prince of Wales.

The A1 Steam Locomotive Trust, who already operate and maintain A1 No. 60163 – the newest mainline steam locomotive, have set themselves the target of raising the £210,000 through ‘The Motion Club’ with 175 supporters donating £1,000, plus gift aid, in 8 payments of £125 by standing order.
The Mikados’2-4-2's were the most powerful express locomotive in the UK. Designed in the 1930s by Sir Nigel Gresley, they were designed to haul 600-ton trains. The build of 2007 is at an estimated cost of £5 million and will use modern construction techiniques, such as Computer Aided Design (CAD)
For the project to remain on schedule to complete No. 2007 by 2021, the motion needs to be ordered in 2018. The trust has already has had success with The Founders Club (getting the project to the point of cutting the frames), The Boiler Club (funding the construction of the boiler), The Mikado Club (to wheel the locomotive), and The Cylinder Club (to make the cylinder block), the trust has established The Motion Club to manufacture the motion.
In return for supporting the appeal, the following special benefits are included:
The following work is involved in the manufacturing of the motion:
Mark Allatt, P2 Project Director and Trustee, The A1 Steam Locomotive Trust, commented:

“We are delighted with the level of support that the project to build Britain’s most powerful steam locomotive has received since its launch. Thanks to our supporters’ continued generosity, over £2.9m has now been donated or pledged. Recently we have been focused on preparing to wheel No. 2007.
“We now want to turn our attention to the motion which is our next major design and manufacturing challenge. If we can raise £210,000 through The Motion Club over the next few months we are confident that we will be able to place order for the motion on No. 2007 Prince of Wales by the end of 2018 and remain on-track for completion of the new locomotive in 2021.
“I would encourage all steam enthusiasts who haven’t yet contributed to this exciting project to help us to meet these deadlines by becoming a member of The Motion Club or a monthly ‘P2 for the price of a pint of beer a week’ covenantor. It’s time to get on board! This year will see further major announcements as the construction of new Gresley class P2 No. 2007 Prince of Wales gathers pace.”

The P2s were conceived to haul heavy trains over the Edinburgh to Aberdeen route. The original scheme combined the 2-8-2 wheel arrangement with an A3 boiler but this was subsequently worked up into a design with a longer firebox and double chimney. The 2-8-2s were the most powerful express passenger locomotives to run in Great Britain and their mechanical innovations were matched by their bold outward appearance. The doyen of the class, No. 2001 Cock o’ the North, was radically equipped with Lenz rotary valve gear, an ACFI feed water heater in place of injectors, a 50 sq. ft. fire-grate and streamlined steam passages to three cylinders which exhausted via a double Kylchap chimney. Gresley was greatly influenced by the work of the French engineer Andre Chapelon who had pioneered the use of these features and was determined to incorporate them in the P2s. Externally the design hid the tapered boiler in a parallel, elliptical cladding running from a V-fronted cab to a muscular, streamlined smoke-box (which incorporated integrated smoke deflectors), the whole affair sitting on a high running board which exposed the 6’2″ drivers entirely. The 220lb/sq in boiler fed three 21″ x 26″ cylinders and the locomotive developed a nominal tractive effort of 43,460lb. As a final touch Cock o’ the North was the first L.N.E.R. loco to carry a chime whistle.

Visit the P2 website for more information about the project https://www.p2steam.com/category/news/ 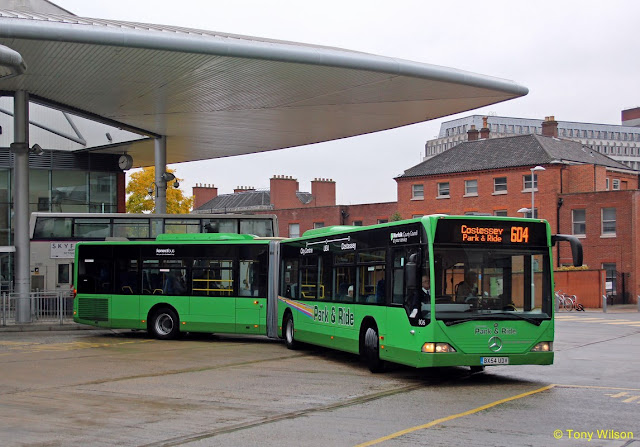 A second set of artics and bendibuses has been added to an album on the Focus Flickr site, which can now be viewed by clicking   here