Something for the weekend whilst you're here sir? 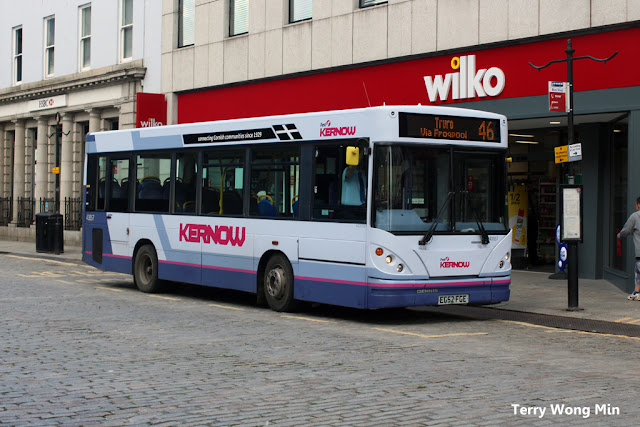 A Cornwall store has been inundated with customers.................waiting for a bus.
The Wilko shop on Boscawen Street flung open its doors to bus users while the main bus station undergoes a major rennovation.
They are now being invited to sit inside the store, out of the rain, while a temporary bus stop is in place.
Paul Merret, store manager, said: "It started on the back of the bus station closing, while they regenerate it.
"One of the main bus stops they are using as an alternative is right in front of the store.
"It was evident after the first couple of days that it was going to be busy.
"Obviously with the bad weather, there were some people that were struggling.
"I just thought that I have some space in the store and that I might be able to help.
"So I moved a few fixtures around and got some authorisation from head office, and was able to place some seats inside the window."
The idea is being celebrated by shoppers, after Paul put up signs in the window inviting them to help themselves to seats while they wait.
Paul said: "The customer feedback just from the point of having somewhere warm to sit on the inside out of the rain while they wait has been very positive.
"They like having somewhere to come and are appreciative of that."
Paul says the shop has become incredibly busy with those waiting, and can have as many as 15 people sitting on the seats at one time during peak times of the day.
He tells Pirate FM the impact has been quite minimal to the store though - minus have to move a couple of chairs around.
He said: "The good thing is in terms of the people and the morale, within the store people like to have positive things to talk about.
"I think we've got a responsibility if you like.
"We're enticing people to come into all the stores in the city and anything we can do to make people's journeys more pleasant, we should be doing."