Go Ahead to Launch 'Pick Me Up' Ride-sharing in Oxford

The Go-Ahead Group is to launch the UK’s most ambitious demand-responsive bus service, allowing passengers to summon a bus to pick them up on a street corner of their choice.
From 25 June, workers, residents and students in a 12-square mile area around Oxford will be able to request a bus pick-up within minutes at a “virtual bus stop” at their convenience using a new mobile app.

The PickMeUp service, which is being piloted by the Oxford Bus Company on behalf of the Go-Ahead Group, aims to meet the changing needs of people in parts of the city where passenger numbers increase sharply at certain times of day, making it more difficult to manage through scheduled services.

The new concept will be operated using 17-seat minibuses with free WiFi, USB charging points, wheelchair access and comfortable high-back seating. Front-end and back-end technology for the service has been developed in partnership with Via, a US leader in ride-sharing technology with its own operations in New York City, Chicago and Washington DC.

Employers in the Eastern Arc around Oxford are to be offered tailored subscription packages providing discounted or free travel for their staff, creating a quick, easy and convenient alternative to commuting by car.
Journeys - matched to others travelling on a similar route - will cost £2.50 per ride, but it will cost an extra £2.50 if the trip could be made via an existing bus route.
Experts estimate that the UK’s ride-sharing market will soon be heading for £2.6bn. International projections suggest that car ownership could drop by as much as 80% by 2030, with passengers migrating towards alternative models of transport.
PickMeUp builds on recent transport innovations by Go-Ahead, which is the largest operator of electric buses in Europe, and is the operator of UK’s only all-electric bus garage in central London. 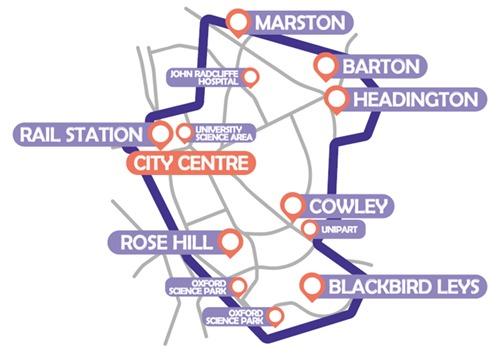 In February, the company invested in a Frankfurt-based all-electric car sharing business Mobileeee, and Go-Ahead is set to pilot the UK’s first bus ticket system using iBeacons in the North East later this year.
Commenting on the new service, Go-Ahead Group Chief Executive David Brown said: “We’ve listened closely to what the local community has been asking for in Oxford. Passengers are keen for a quick, easy and flexible way to get to work or to college.
“PickMeUp is intended to be a partnership model with local businesses – we want to help them get their staff to work in a quick, simple, convenient and cost-effective way.
“On a broader level, we firmly believe that ride-sharing is part of the solution to congestion and pollution in our towns and cities. It’s essential that we provide services that will tempt people out of their cars and technology will be key to that challenge.”
Phil Southall, Managing Director of the Oxford Bus Company said: “As an innovative company we are keen to devise new solutions to continue to meet the needs of our local communities. Connectivity has been a challenge for some to the east of Oxford and we believe our new service will help where traditional bus routes do not work commercially.
“The idea of PickMeUp is to provide a new way to get people around swiftly, efficiently and on demand. I hope this will further encourage people to leave their cars at home, help reduce pollution and improve accessibility in east Oxford.”
PickMeUp will launch on 25th June with an initial service of six modern buses which have a maximum capacity of 22 passengers. The service will run between 06.30 and 22.30 during the week and 09.00 to 20.00 on the weekend. 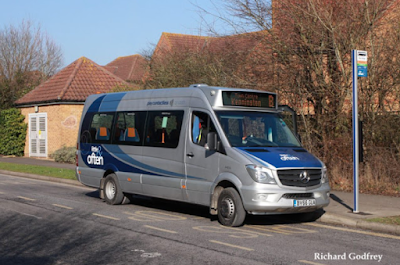 One of the most recently introduced new services utilising mini buses was the 'Little & Often' service in Kent. see here
Launched by Stagecoach in February of this year the service has become so popular that larger buses are being used on the service. Unlike the Go Ahead scheme the Little & Often buses run to a fixed timetable.


..
NOW SEE THE LATEST ON THE NEW FOCUS FLICKR SITE 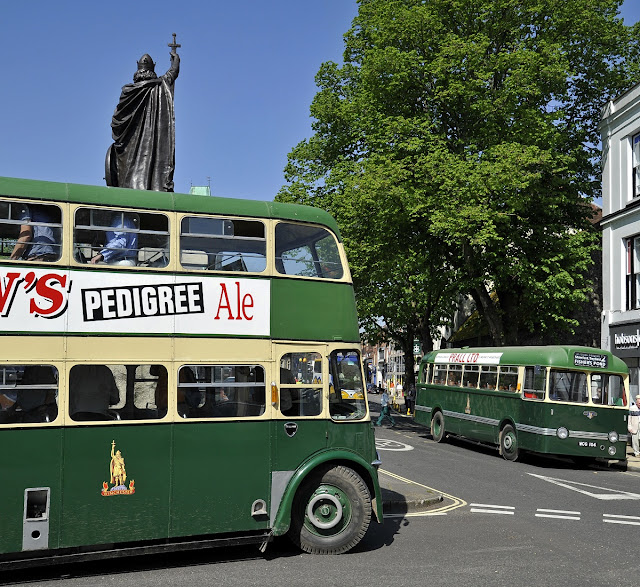 The annual King Alfred Running Day used to be held on the 1st January each year in Winchester. This has now moved to a better day during the rally calendar and Martin Arrand has supplied a fine set of pictures from this year's event held on May Day. Now in an album, these can be viewed by clicking  here