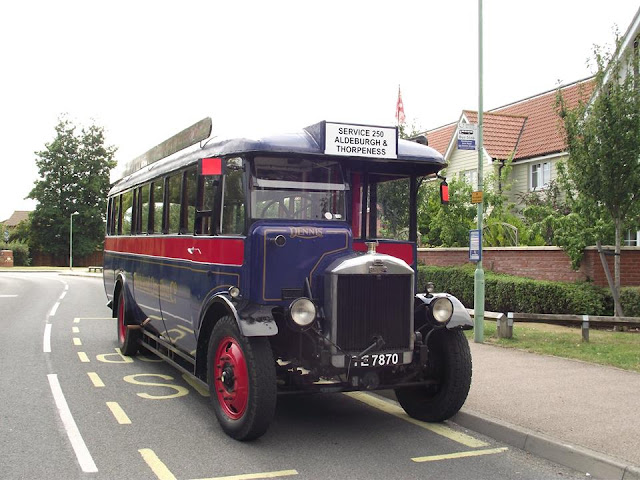 Fans will be delighted to know that Ermintrude now aged 89 (aka TE7870) will be serving the public every Wednesday and Sunday from 25th July to 29th August and the Bank Holiday on 27th August.

Starting from Rendlesham in Suffolk the route takes us through the pretty villages of Tunstall, Blaxhall and Snape to the old-fashioned seaside resort of Aldeburgh. Ermintrude will then make eight return trips along the coast to the delightful village of Thorpeness before retracing her steps to Rendlesham.
Thrill to the power of the mighty engine, marvel at the electric lights, watch the passers-by doing double-takes as you fly past, feel the stopping power of the vacuum assisted brakes, amaze yourself as the driver calmly copes with 21st century traffic and admire the skill of the clippie as she administers good humour and expertise to the travelling public without falling over.
No need to book - just wait at any bus stop along the route. If there isn't a bus stop just put your hand out wherever you are (provided you're actually on the route).
Well-behaved dogs welcome, limited space for pushchairs & wheelchairs.
It's too good to miss! 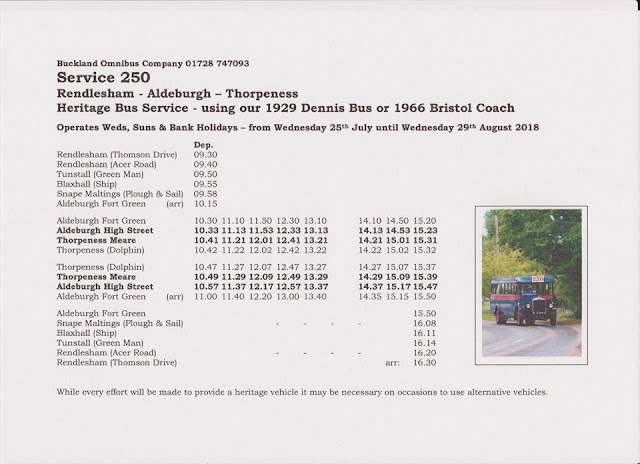 
Back in August 1993 the bus was used during the summer season on a service 641 in East Suffolk, which served the village of Cotton, wherein lay an Organ & Piano Museum. The bus shown below in an earlier livery and signwritten for the Buckland Omnibus Company, as it approached the village. 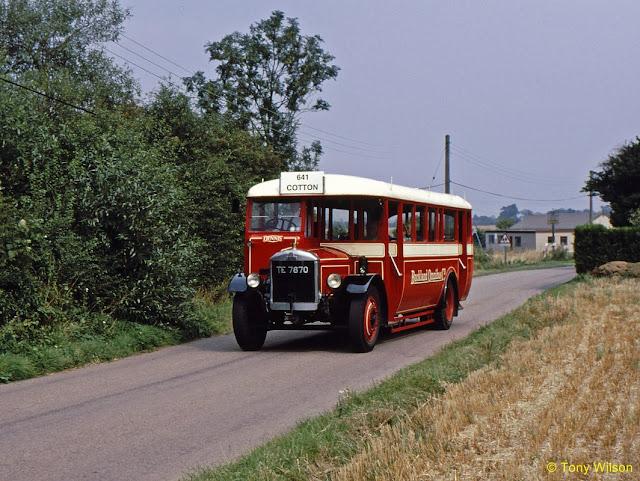