It seems too good to be true, a free train service to the Lake District.
Northern’s driver shortage problems have resulted in them abandoning service on the Windermere branch and offering passengers the 'pleasure’ of a replacement coach service.
Local MP Tim Farron has worked with a passenger group to arrange for West Coast Railways to run services on the line between Oxenholme and Windermere.

The service which is free, is being run with three ex BR coaches, top and tailed with diesel locos. Class 33's, 37's and 57's have all been used on the services.
Six out and return services are being run along the branch each day, the free service allowing passengers to connect with trains on the West Coast line at Oxenholme. 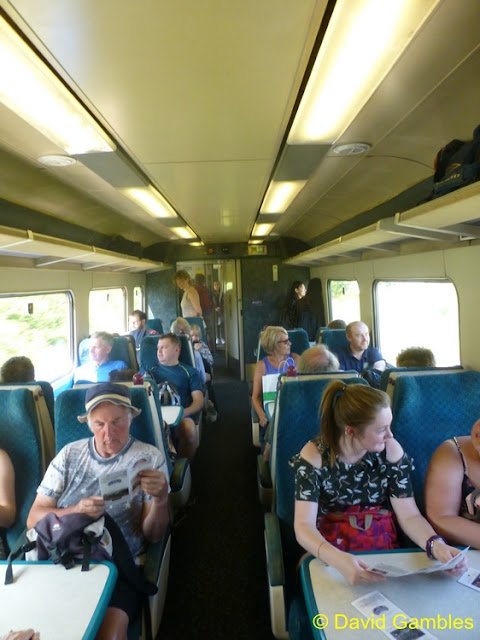 I sampled the service on Monday 25th June joining the very busy train at Kendal, one of the intermediate stops on the line. The train was running a few minutes late at Kendal but arrived virtually on time at Windermere. 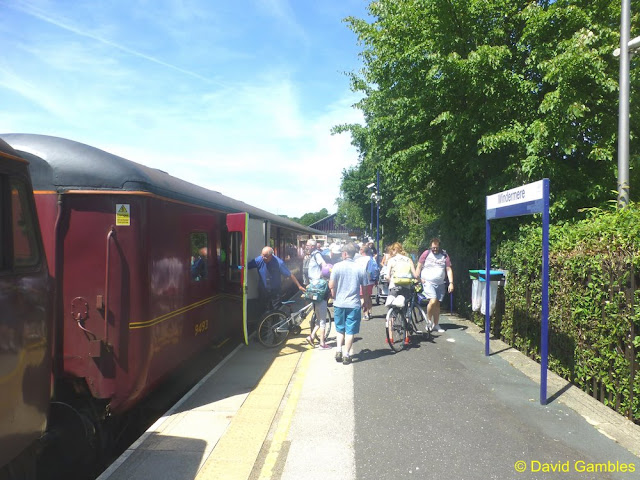 On arrival it was obvious how popular the service was with day trippers, walkers, families and cyclists leaving the train. A good number of passengers went on to catch buses from the station to a whole host of Lakeland destinations.

We took a ride on one the modern open top Stagecoach vehicles to the lakeside town of Bowness. Here, the focus of operations is the so called ‘Steamer Quay’ where passengers board the various sized boats which cruise along the eleven mile length of Lake Windermere. 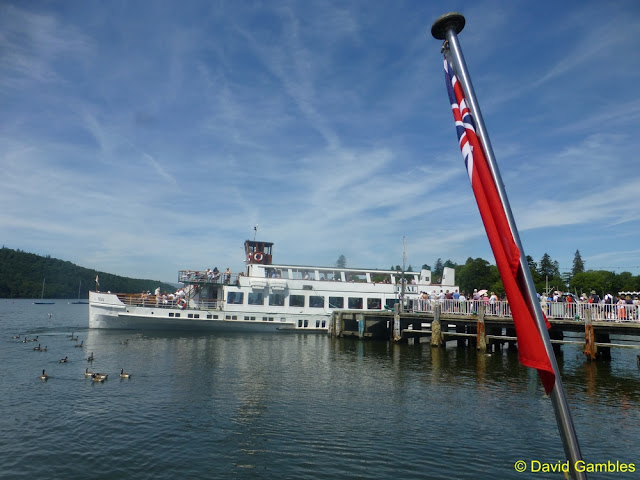 We bought return tickets to Ambleside. Sadly no steam powered vessels sail from Bowness these days but our return trip from Ambleside was on ‘Tern’ one of the original steam powered boats which was converted to diesel many years ago.

There is a steamboat museum half a mile away from the Steamer Quay which is currently closed for re-building but is now moving towards completion. When re-opened we shall once again enjoy the sights, sounds and smells of the steam boats which form part of the collection and which will again give rides along the lake from the museum. 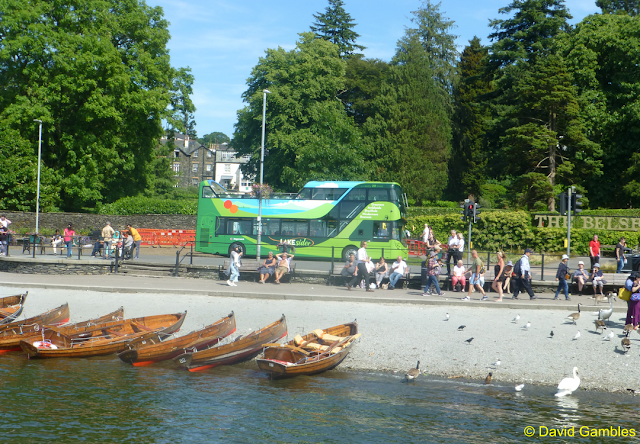 Our return journey from Bowness to Windermere Railway Station was again on the Stagecoach open top service. The return train journey to Kendal was on the free, well used service, running on time and proving how popular this line could be if promoted as a tourist attraction. It is very much a vital link to and from the main line rail system.

Northern claim that they want to start running trains again as soon as possible but in the meantime thank you to whoever put this train deal together. I’m sure it has brought valuable extra business to the area and given much enjoyment to those able to make use of it.
The train was vastly quicker than the replacement coach service and certainly much more enjoyable. What we are not sure of at this stage is who pays for the bill for the service, no doubt the money eventually come from the taxpayers.
David Gambles