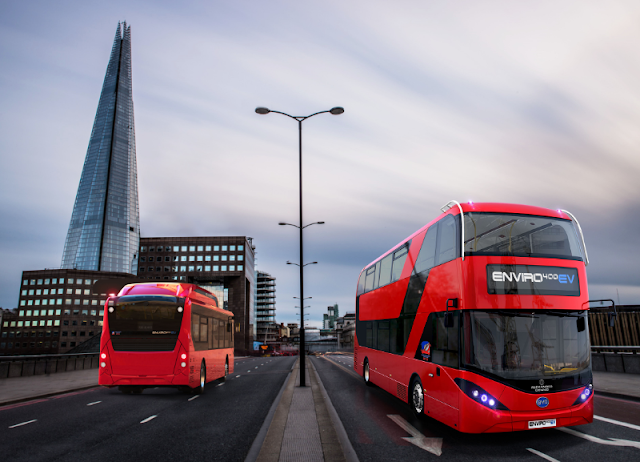 Using the proven combination of BYD electric technology and batteries and bodywork and passenger-centric interior by ADL, the BYD ADL Enviro400EV is a brand new concept, designed at ADL’s facility in Scotland and BYD’s R&D Centre in Shenzhen, China. The finished buses will be assembled in Britain by ADL as are all BYD ADL joint products.
The 10.9m long electric double deckers will feature ADL’s eye-catching City style bodywork with a glazed staircase and will be built to TfL’s comprehensive specification. They will use BYD’s Iron-Phosphate battery technology which enables the buses to run all day on a single charge using cost effective off-peak electricity.
The buses, based at Metroline’s Holloway Garage in north London, will serve the intensive Route 43 running through the heart of the City of London from London Bridge in the south to Friern Barnet in the north.
Holloway garage was opened in 1907 as a tram depot, later switching over to trolleybuses and later still to diesel buses. The chargers, managed by BYD’s smart charging battery management system, will not only service the new double deckers but also Metroline’s fleet of 23 10.8m single deck BYD ADL Enviro200EV buses when they enter service in the middle of this year.
In October 2015 BYD supplied Metroline with five Chinese-built double deckers – the first in the world. These pilot vehicles have performed well on TfL’s Route 98 which spans the length of Oxford Street. They are estimated to have clocked up over 100,000 miles of trouble free service, saving 140 tonnes of harmful emissions. 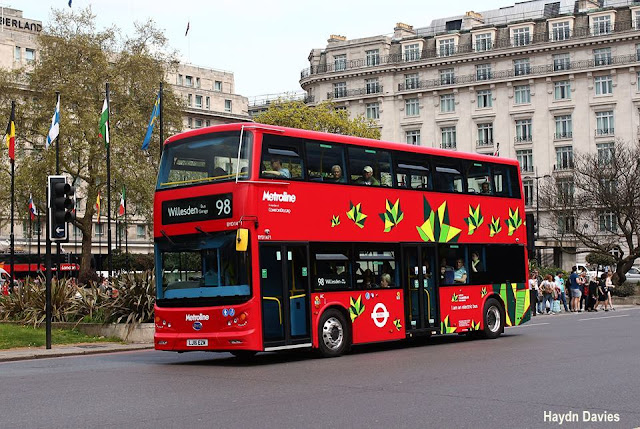 Metroline’s Chief Executive Officer, Jaspal Singh said: "Operating zero-emission all electric buses on route 43 confirms Metroline’s continued commitment to London, our customers and Transport for London. The 37 new BYD ADL Enviro400EV’s have very impressive environmental credentials and will deliver significant benefits for Londoners. Metroline’s latest investment underscores our resolve to lead the industry and continually deliver the very best service for London."
"Our joint team has made tremendous progress in winning tenders for TfL routes across the capital with our 10.8m and 12m single deckers. But with 6,800 double deckers on London streets, their full electrification is the key to making maximum beneficial impact on air quality for Londoners. We are delighted, in the face of intensifying competition, to win the largest first order for electric double deck buses in London and to retain our position at the top of the electric bus sales league," said Isbrand Ho, Managing Director, BYD Europe. 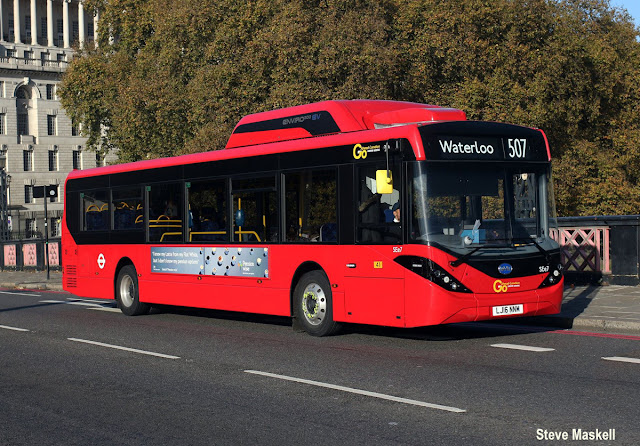 "So far the Enviro200EV single decks have delivered in excess of 1.5 million miles of zero emission transport in the UK. This new contract for double decks takes the BYD ADL collaboration to a whole new level in every sense. We look forward to continuing our journey of improving air quality, while responding to the operational demands of our customers and the requirements of their passengers with this brand new vehicle," said Colin Robertson, ADL Chief Executive.