The company is preparing to take over the operation of 24 existing bus routes, or 10% of the capital's network, commencing in early September 2018. 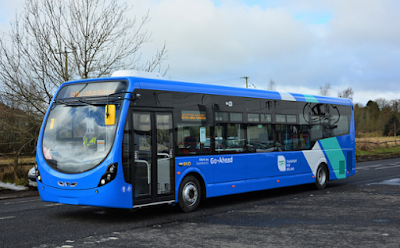 “This is an exciting time for Public Transport and particularly for those of us who travel by bus. Recently, I launched my part of the government’s Project Ireland 2040 -‘Linking people and places’, which will see investment of almost €25billion in our transport, tourism and sport infrastructure over the next 10 years. €8.6 billion of this investment is specifically for public transport. We are planning major investment in programmes such as BusConnects which will involve a complete redesign of our Dublin Area Bus Network and 16 core bus corridors. The opening of the new bus depot today marks the next step in the bus market opening process. Introducing competitive tendering into the market encourages everybody to focus on their customer’s needs and we must place passengers at the centre of our public transport policy. It also encourages innovation and improvements to service quality. I am therefore delighted to welcome Go Ahead into the Irish market and the creation of 425 local jobs and an €8.5 million investment in its operation". 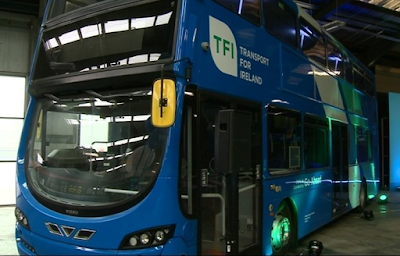 Speaking at the opening was Ed Wills, Managing Director, Go-Ahead Ireland who commented, "The opening of the Go-Ahead Ireland depot is a key milestone for our operations in Dublin and we are very excited to see our colleagues and the new fleet of buses located in this modern facility. We are creating new jobs, investing in developing new skills and with the interest we have already received we are confident that there is a lot of interest in our company. We believe in working closely with the communities we serve and wish to provide a friendly service that our customers can rely upon".

The indicative switch-over schedule is as follows;

Introduction of the new 175 from Citywest to UCD

The buses will serve communities from Balbriggan in North County Dublin to Newcastle in Co Wicklow; drop off and collect from 1,721 bus stops and travel hundreds of thousands of kilometres annually.

"There have been a number of announcements made in relation to changes to the transport landscape in Dublin recently and it's important that customers using the existing routes know that the Leap Card and Free Travel Cards can be used on all our buses; Real Time Passenger information will still apply, and fares will remain the same. The first difference people will see is that their bus will be operated by Go-Ahead Ireland and driven by our drivers. The second is the new Transport for Ireland livery which sports a blue, white and green design", concluded Ed Wills of Go-Ahead Ireland.

Anne Graham, NTA CEO said: “I welcome the opening of the Go-Ahead Ireland depot and the jobs that are being created here. I believe that Go-Ahead Ireland will bring a new dynamic to the PSO bus market, something that will ultimately be of great benefit to the travelling public.”

The new Go-Ahead Ireland depot is a modern depot with capacity for up to 500 colleagues and 250 buses. These buses will be maintained to the company's exacting standards and colleagues will service the buses underneath sky lifts, rather than pits, as part of a well-designed, generously equipped and modern workshop, complete with a drive through bus wash. The building additionally benefits from a canteen, gym, showers, electric vehicle charging points and a cycle park area.

Go-Ahead Ireland (GAI) is Ireland's newest private bus company. The company is registered in Ireland and is operationally an autonomous arm of the Go-Ahead Group (details below). It currently employs close to 85 colleagues (425 by year end) and is privately funded. It is located on Lower Ballymount Road, Dublin D12 X201, where all colleagues and its fleet of 125 buses will be located.

The National Transport Authority (NTA) sets all routes and fares. Current payment options i.e. Leap Card will work on all buses operated by Go-Ahead Ireland as will the Free Travel Scheme. The NTA will also continue to manage and operate the Real Time Passenger information and National Journey Planner.