Solaris Bus & Coach has extended its range of environmentally friendly buses by debuting the Solaris Urbino 12 hydrogen, a new generation vehicle deriving power from a hydrogen fuel cell. The official premiere of the vehicle is planned for 2019. 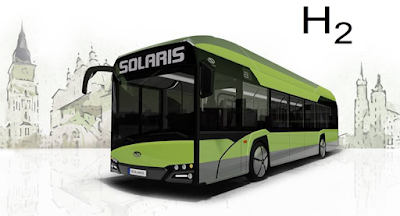 Solaris says adding this model is a response to growing interest of the European market in emission-free public transport vehicles. Energy needed to power the driveline of the bus will be obtained from hydrogen which will be processed in a fuel cell to electric power, giving a range on a single refuelling of over 350 km. The vehicle will be also fitted with one of Solaris’ small High Power traction battery of 29.2 kWh to support the fuel cell when the demand for energy is biggest. The battery will be charged with hydrogen energy.
The bus will be equipped with latest generation fuel cells, with a power of 60 kW. Composite hydrogen tanks will be stored on the bus roof, reducing their mass by about 20% compared to previous models. In order to optimally reduce energy use in the vehicle, it will feature a climate comfort system with a CO₂ heat pump; the system will harness waste heat from the fuel cell. This solution increases efficiency while significantly improving the driving range of the bus.
"Solaris has decided to respond to market demand with a completely new product. Hydrogen buses have tremendous potential in the market as they are cheap in use, lighter than electric buses, can cover a distance of 350 km on a single hydrogen refuelling (that is also the average daily range of a city bus) and they are completely emission-free – the only substance emitted while the bus is driving is steam,” declares Dariusz Michalak, vice-CEO of Solaris Bus &Coach, in charge of the research and development division.
The twelve-metre bus will boast a substantial passenger capacity, as it will be able to carry up to 80 travellers. 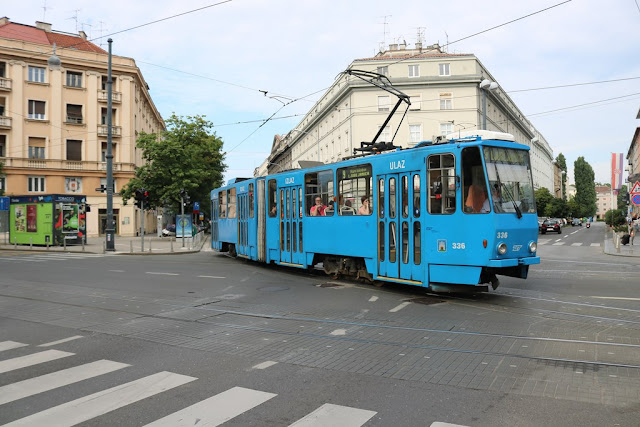 We stay in Continental Europe with the latest album on the flickr site, where we focus our attention on the trams and a couple of buses in the Croatian city of Zagreb. Recently visited by Paul Gooderson, he has kindly supplied a set of pictures which can now be viewed by clicking  here