Passengers are a step closer to experiencing new trains as work steps up on Azuma.

The new fleet for the East Coast main line is being built at Hitachi’s Newton Aycliffe factory in County Durham. The factory, home to 730 permanent employees and has recently seen 50 apprentices graduate.

This milestone for Newton Aycliffe follows Azuma trains built in Japan being tested on the East Coast route. 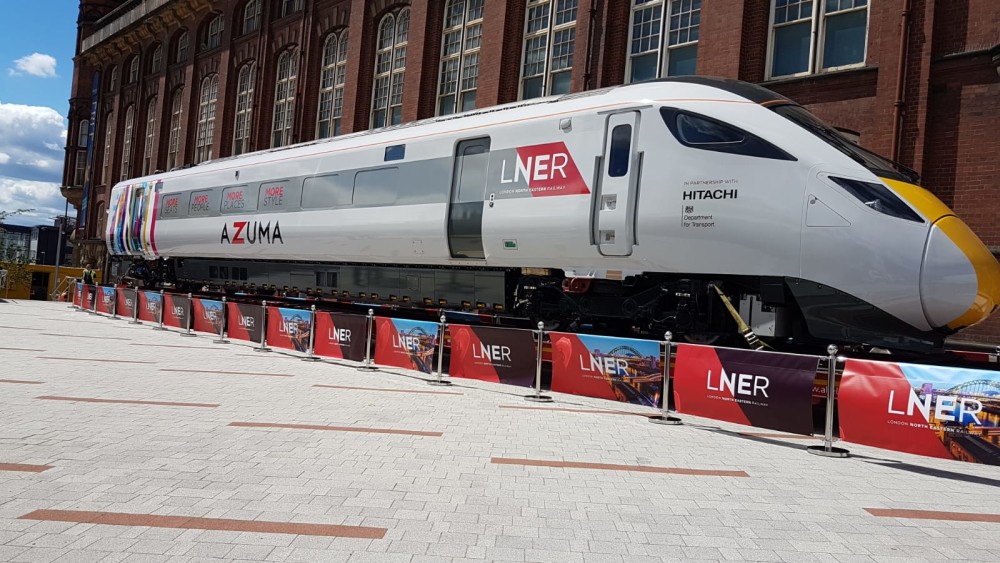 Azuma is due to begin carrying passengers later this year along the East Coast main line, connecting London and Yorkshire, and from 2019 running in Scotland.

Hitachi has designed the trains using their Japanese bullet train technology, with the front of the train using a sleek aerodynamic design. With much faster acceleration passengers can expect their journey times to be cut once the fleet is fully introduced. The name Azuma means “east” in Japanese, an acknowledgement of Hitachi’s roots and Japan’s advanced railways.

“We’re delighted that manufacturing has now commenced on Azuma in County Durham. Our customers can expect a fleet of high-tech, modern trains that will deliver more seats and space, as well as faster journeys. Azuma will play a key role in revolutionising travel on the east coast mainline, delivering first-class service as well as extra services for Bradford, Lincoln, Harrogate and Edinburgh"

“Newton Aycliffe continues to go from strength to strength, now building three separate fleets to serve passengers across the country.

“Our pioneering Azuma trains, inspired by Japanese bullet trains, will transform journeys on the East Coast main line. By building them at Newton Aycliffe, we are supporting thousands of jobs with a strong British supplier base”


Hitachi delivered the hugely popular Javelin HS1 fleet in advance of the 2012 London Games, the company is delivering major orders for new trains, with 281 due to be in service by 2021. The first wave of new trains is being made at the purpose-built factory in County Durham entered passenger service in 2017 as part of the UK Government’s £5.bn Intercity Express Programme. Hitachi rail is growing rapidly, employing over 2,000 people and soon to be operational at 15 locations across the UK.http://press.hitachirail-eu.com/latest_news