Class 55 55019 'Royal Highland Fusilier' is visiting the Spa Valley Railway this Summer courtesy of the Deltic Preservation Society. The Deltic will be in action alongside the standard Green timetable trains on Saturday 11th & Sunday 12th August hauling 3CIG 1497 for a total of five return trips per day between Tunbridge Wells West and Eridge.

The BR Blue 'Deltic', based at Barrow Hill and preserved by the Deltic Preservation Society in 1982 will certainly look smart paired with matching BR Blue & Grey rolling stock in the form of Southern Region Class 421 3CIG No. 1497.
Subject to volunteer availability a miniature bar area with a local real ale and snacks will be set up in the guards van of 1497. 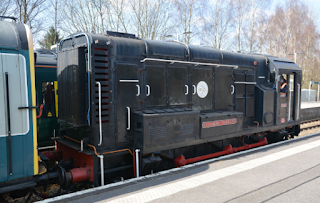