Major plans to develop the South Bank in Leeds city centre have been formally adopted by Leeds City Council, paving the way for a £500m renovation of the Railway Station in the city.
The South Bank regeneration, ambitious plans which aims to double the size and economic impact of Leeds city centre by delivering 35,000 jobs and 8,000 new homes, has now been approved by the City Council. 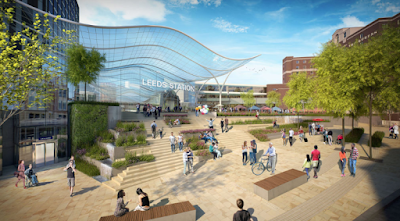 Amongst the plans is a £500m cost of transforming Leeds Railway Station, as well as a new city park that will be part of the major development plans which will stretch 253 hectares across Leeds city centre.
It is hoped the renovation to Leeds Station will create a transport hub that will accommodate HS2 and Northern Powerhouse Rail in the coming years. The integrated station will aim to be “one of the most used and important transport interchanges in the entire country,” according to the proposal’s planning framework.
The framework added: “Leeds council is now part of the team delivering an integrated long term-plan and design solution for Leeds Station. The solution seeks to integrate HS2, Northern Powerhouse Rail, the TransPennine and Northern franchise commitments, capacity improvements to the existing network, and improved concourse areas and interfaces with surrounding streets and public realm.
“The Leeds HS2 Station will act as a catalyst for development of the area around the new station and will be a gateway for the entire region and nation,” the framework noted.
The regeneration framework also said the station will be able to handle the massive influx of passenger passing through the city: it is predicted that Leeds Station will be busier than London Gatwick Airport currently is, with a 143% passenger growth forecast. Not only this, but the HS2 connection to regions in Leeds, Sheffield, Nottingham, and Birmingham will link into an economic zone comprising of over 10 million people.

Cllr Richard Lewis, Leeds City Council executive member for regeneration, transport, and planning, said: “The shared vision for the South Bank is for it to be a place not only for people to live, learn, work, create and spend time but also for it to be a leading economic driver for Leeds and beyond and a place of global significance for business and investors.
“This Supplementary Planning Document sets down key elements to be followed when making all major planning decisions for the area, so together with the station masterplan this step is an important one to help ensure the vision is realised for the benefit of everyone in Leeds and the wider region.” 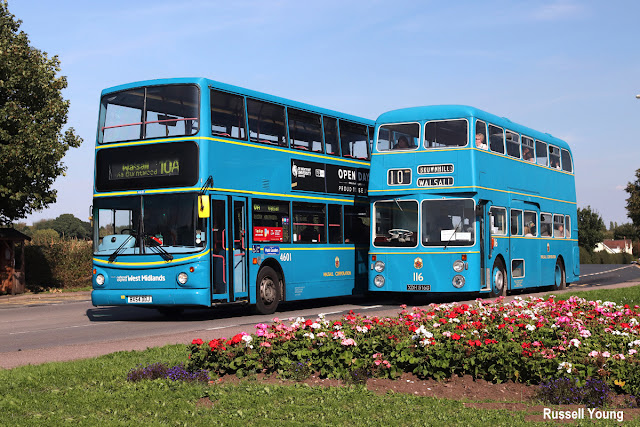 A small but perfectly formed bus running day was organised by National Express West Midlands and operated on the 1st September. This was to mark an extension of route 10A to/from Lichfield and was run with a mixture of modern and vintage buses pertinent to the area. A set of pictures have kindly been supplied by David Heath, Stephen Whiteley and Russell Young, which can now be viewed by clicking  here