Experts are investigating issues of electromagnetic interference between the trains and line-side equipment.

The new Azuma trains, which are being built by Japanese firm Hitachi at its manufacturing plant in County Durham, are due to be introduced into service by LNER on the York line to London and Edinburgh by the end of the year. 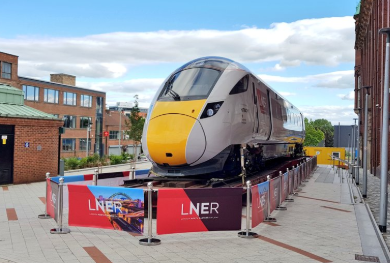 The former operator of the route, Virgin Trains, has told previously how they will have faster acceleration and make a significant cut in journey times.

But it has now emerged that electromagnetic interference has caused problems with signal interlocking on the route, with all Hitachi trains banned from operating on electric power north of Colton junction near York.
A Network Rail spokeswoman told The Press it continued to work with Hitachi on testing of the Intercity Express Trains as part of their introduction to service.

“Electro Magnetic Compatibility forms a key aspect of this testing and is currently taking place along the East Coast Main Line," she said.

"As the testing in ongoing, it’s too early to say what fixes may be required, whether this be to infrastructure or rolling stock.”

A spokeswoman for LNER declined to comment, other than to say: "In terms of the LNER Azumas coming into service, we are still working towards the end of this year as originally planned."