Interim Summary of Section 19 and 22 Consultation

The full report into the use of vehicles under section 19 and 22 has been delayed but in the meantime the Government have issued an Interim summary of responses.

Concerns had been raised by private bus operators and others that some organisations operating under the permit system may be offering commercial services while benefiting from not-for-profit status. This brought to the fore the conflict as to whether "not-for-profit" equates to "non-commercial".


The consultation set out Government proposals to address these concerns. These focused on updating existing guidance as to the interpretation of the exemptions from the Regulation to illustrate when the exemptions might apply, and on scope to amend existing domestic legislation to provide greater legal certainty. 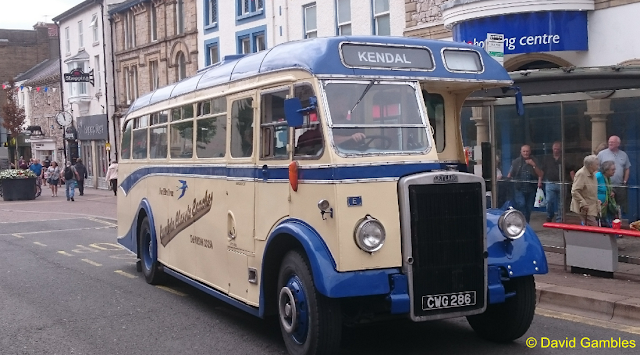 Cumbria Classic Coaches have run commercial services to Kendal, Hawes, Barnard Castle and Penrith for many years. They have a full operators licence and use PCV drivers with CPC qualifications. Above Leyland PS1 CWG 286 has just arrived in Kendal on the Thursday commercial (non subsidised) service from Shap. 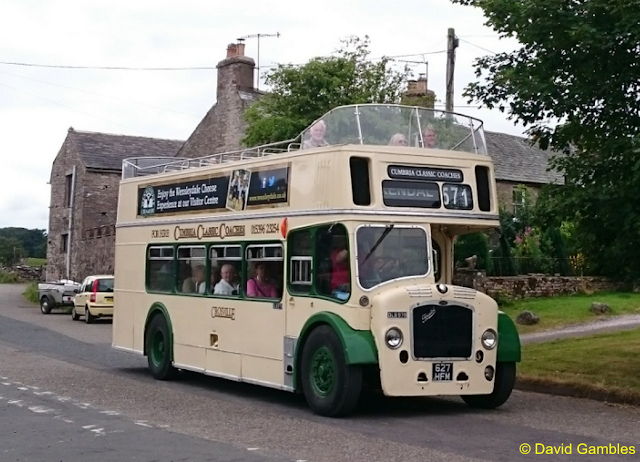 Cumbria Classic Coaches Bristol Lodekker 627 HFM on the Monday 571 service to Kendal.
In view of the excellent summer weather this year the convertible vehicle was sometimes used on the service as an open topper. These services are commercially registered and mostly operated by an Olympian.

The overall intention is to give clarity, so that those in the community transport sector motivated by compassion and philanthropy, rather than profit, can continue providing services that are invaluable to many elderly, isolated and disabled people.

The Department of Transport has advised that councils must ascertain whether S19 holders meet one of five definitions of "non commercial" which included services where there is no commercial market for that service. This could include where there were no bids from commercial operators.

The purpose of the summary report is to:

Present emerging findings from the Government's consultation on the use of section 19 and section 22 permits for road transport passengers in Great Britain; and set out the steps the Department will be taking over the coming months in order to determine the Government's final response to the consultation.

This interim summary therefore covers around 100 responses together with the feedback received from the workshops. In assessing written responses, the Department focused on local authorities as they had been relatively poorly represented at the workshops.
Themes arising so far include:
Further clarity on the proposed text of the guidance including real world or good practice examples of how to evaluate certain types of service
Differing views on whether “not-for-profit” operators fall within scope of the exemptions in regulation, with a particular focus on the “non-commercial” exemption

Many local authorities and community transport operators commented that the draft text for the guidance which prevents the "non-commercial" exemption applying if an operator also raises income through occasional private hire of vehicles would be a major issue for many community transport operators.
This activity was often done to subsidise other services. Some noted that removing the ability to do this would result in many community transport operators reverting to a greater dependence on grants and donations, significantly affecting their continued viability.
Some thought it should be possible for private hire to be carried out by permit holders as the overall purpose of the organisation was not to generate a profit.

The interpretation of the law has been very clearly stated but in spite of this operators who comply fully with the licencing rules, using PCV drivers are complaining that councils are still awarding contracts to Section 19/22 companies. An example of this is that Erewash CT were awarded contracts by Nottingham shire County Council when they offered lower bids than commercial operators. Erewash CT have already been warned by DVSA that they are gaining contracts by ignoring the applicable legal requirements.

Others, particularly representatives of the commercial sector, were of the view that every organisation operating vehicles capable of carrying more than 8 passengers should be subject to the same rules, with some referring to an existing judgement in relation to the "non-commercial" carriage of goods to support their view.
A number of respondents said that charging passengers for a service is "commercial", regardless of not-for-profit status. Some suggested that permit holders should be restricted to running a small maximum number of vehicles.