Business leaders have condemned the “massively disappointing” decision to postpone the launch of Crossrail services for almost a year.


West End store bosses reeling from slowing consumer spending and soaring costs had been counting on a boost from the opening of the “on time and on budget” Elizabeth line through central London in December.

Crossrail chief executive Simon Wright has admitted that the start of services has been put off until autumn 2019.


The hold-up, a huge embarrassment for both Mayor of London Sadiq Khan and senior ministers, has been caused by delays in fitting out the tunnel and testing software systems that control signalling, lighting and other essential services. This has in turn cut into the time available for safety testing.


There is particular anger that the surprise announcement has come only three months before the opening date during the Christmas trading period. Business has contributed more than £5 billion to the overall £15.4 billion Crossrail budget through the Mayoral Community Infrastructure Levy and contributions linked to developments close to the route.


In total more than 60 per cent of the project’s funding has been provided by Londoners and London businesses.


Jace Tyrrell, chief executive of the New West End Company that represents hundreds of businesses on Oxford Street, Regent Street and Bond Street has said “There is a lot of frustration on this. This was really important to help retailers out after a very difficult period.


“The announcement was kept away from business, which has made a huge investment into the process in the West End. It doesn’t send a good message from UK plc to the rest of the world on infrastructure projects.”


He called on Chancellor Philip Hammond to help retailers ride out the intervening period until train services start next year, with a rebate on business rates funded by a one per cent levy on internet businesses.


Ros Morgan, chief executive of the Heart of London Business Alliance, which represents 600 businesses and property owners in the West End, said: "This is disappointing news for our businesses, whose staff and customers have long been preparing for the new line.


"At a time when our members are struggling to recruit and retain staff, the Crossrail delay will not help with connectivity. TfL and the GLA should seriously be considering how it can help London’s lowest paid commute to and from work with a discounted travel card." 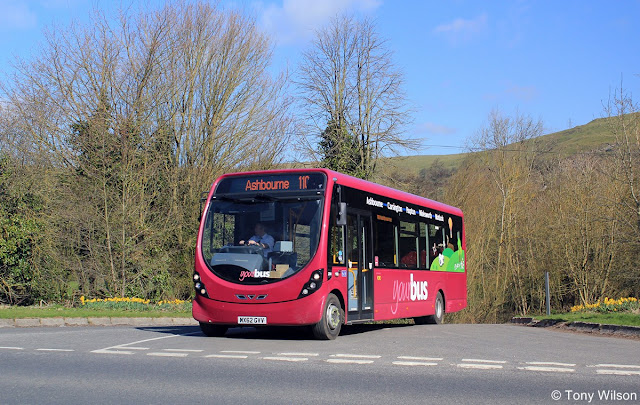 A selection of buses and coaches in and around Derbyshire are the focus of attention in the latest album on the site. These can now be viewed by clicking  here