Rolls-Royce and Porterbrook, the UK’s largest owner of passenger rolling stock, have agreed the delivery of MTU Hybrid PowerPacks that can convert Class 168 and Class 170 ‘Turbostar’ DMUs from diesel-only to hybrid-electric operation. Hybrid technology allows for the cleaner and quieter operation of trains in stations and through urban areas. 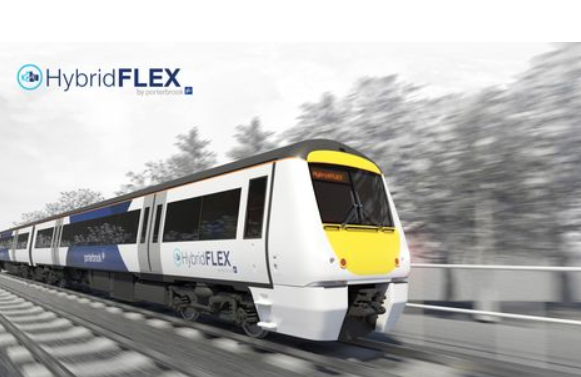 The Letter of Intent, which was signed at rail industry trade show Innotrans, covers the delivery of hybrid systems for installation on two test trains. Following trials, Porterbrook aims to offer hybrid conversion to a range of customers operating existing Turbostar fleets.

This is the first agreement for the delivery of MTU hybrid drive systems in the UK.

Mary Grant, CEO of Porterbrook, said: “Porterbrook is committed to reducing the emissions and carbon footprint of our existing diesel powered fleets. We hope our investment in this trial of MTU Hybrid PowerPacks will enable us to offer wider fleet fitment of this technology, so that our customers can reduce both emissions and operating costs, as well as improve air-quality along urban corridors. Hybrid trains have the added benefit of operating with very little sound when using battery power, offering additional benefits to the railway’s near neighbours.

“This is one of several initiatives that Porterbrook is undertaking to address the challenge, set by Rail Minister Jo Johnson MP, of removing diesel-only trains from the UK rail network by 2040.”

Warren East, CEO of Rolls-Royce said: “We are pleased to be helping to write a new chapter of environmentally friendly, quieter and more efficient rail travel in the UK. With the innovative MTU Hybrid PowerPacks, Rolls-Royce and our partner Porterbrook will be setting new standards on the UK network; helping to reduce emissions, increase fuel efficiency and improve the lives of people who live near train stations.” 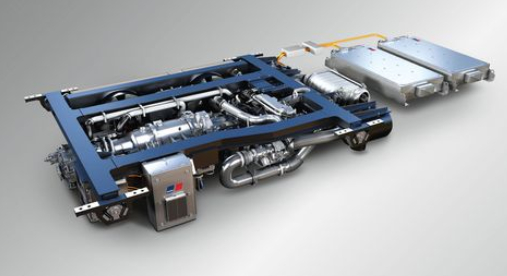 The MTU Hybrid PowerPack is an environmentally friendly drive system which combines the advantages of diesel and battery-powered rail traction. The version for Porterbrook incorporates an MTU diesel engine which fulfils future EU Stage V emissions regulations; plus an electric machine, which can be used either as an electric motor or generator; and an MTU EnergyPack battery system, which stores the energy recovered during braking. This enables very low-noise, emissions-free battery-only electric operation in urban areas and around stations.

Noise emissions in stations are cut by around 75 percent (20 dB(A)). Fuel consumption and CO2 emissions are reduced by up to 25 percent. NOx emissions can also be reduced by up to 70 percent and particulate emissions by around 90 percent. The total operating costs of rail vehicles with MTU hybrid drives are also significantly lower, and even brake pads and discs experience reduced wear due to energy recuperation during braking. As a result of the additional power of the electric machine, train operators also have the option to improve journey times through better acceleration.

Drive systems from Rolls-Royce already play an important role in the British railway system. More than 1,100 MTU PowerPacks and engines already power railcars and locomotives across the UK and Ireland, including over 550 PowerPacks in Turbostar DMUs which are in service with seven operators.