Tram Train Launch & Serious Accident Involving One of the Trams

Project partners from Stagecoach Supertram, Network Rail, South Yorkshire Passenger Transport Executive and the Department for Transport were joined by representatives from local authorities and businesses for the unveiling of a commemorative nameplate by Jo Johnson MP Minister for Rail and the Mayor of the Sheffield City Region, Dan Jarvis. 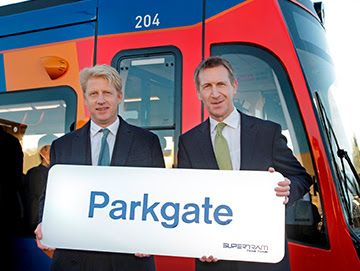 Passengers in South Yorkshire are the first in the country to benefit from the innovative Tram Train pilot, which entered public service at 09.39 at Sheffield Cathedral. The special tram-type vehicles use pioneering technology to run on both Sheffield’s tramlines and the rail network to Rotherham.

Jo Johnson, Rail Minister said: “The first tram-train journey is a milestone moment that will give commuters cleaner, more frequent and more reliable journeys across Sheffield and Rotherham.

“This pioneering project brings together innovation, state-of-the-art technology and our existing infrastructure to give passengers better journeys. It lays the groundwork for ambitious transport schemes right across the country that should give commuters more choice .” 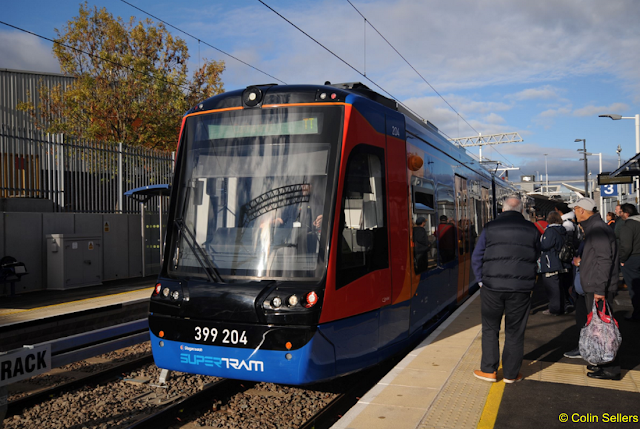 Rob McIntosh, Route Managing Director at Network Rail whose responsibility it was to work with the regulator and operators to design and build the new infrastructure said: “I’d like to thank the people of Sheffield and Rotherham for their patience while we developed, built and tested Tram Train. The project has been a complex one and it is genuinely exciting to be ready to welcome the first passengers on board. Tram Train will bring new choices for travellers in this area, supporting jobs and the local economy. It’s also important to us at Network Rail as the national infrastructure provider, as it gives us different options when we are looking to improve connections between communities across Britain.”

Stagecoach Supertram has trained 27 existing tram drivers to become tram train drivers across the route. By providing three services per hour in each direction, it is expected that the new addition to the Supertram network will give people a convenient travel option into and between Rotherham and Sheffield, and enhance the local economy.

Managing Director, Tim Bilby said: We’re so very proud and excited that Supertram and South Yorkshire have been chosen to pilot this state of the art technology and we’re delighted to be able to invite our first passengers on board today. We know that our passengers are as excited as we are about this launch and we can’t wait to hear what they think about it.

“This Tram Train service offers a quick, environmentally friendly and good value alternative for this busy commuting route, and also opens up leisure and retail venues to people across the wider City Region.“ 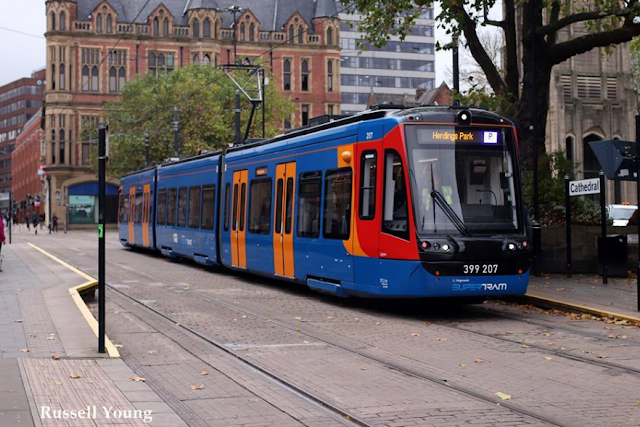 Three Tram Trains an hour will travel in each direction, linking Sheffield Cathedral and Meadowhall South on the existing Supertram Network, before proceeding over the new section of track called the Tinsley Chord and continuing on the national rail network to Parkgate Retail Centre via Rotherham Central station.

South Yorkshire’s Tram Train pilot will run for two years while customer satisfaction, passenger numbers, reliability and costs are tested. Tram Train will then continue to run as part of the Supertram system.

Footnote
Sadly on the day of the launch one of the new Tram Trains was involved in a serious accident with a lorry on Staniforth Road, Sheffield.The tram which was braking hard before impact pushed the lorry sideways along the tracks until the lorry hit a traffic light and lamp post causing the tram to derail. Serious damage was caused to the front and underside of the tram.
There were no reports of anyone trapped but some passengers on the tram suffered minor injuries. One of our Founding Contributors, Colin Sellers was travelling on the tram at the time. He sent us the pictures below. 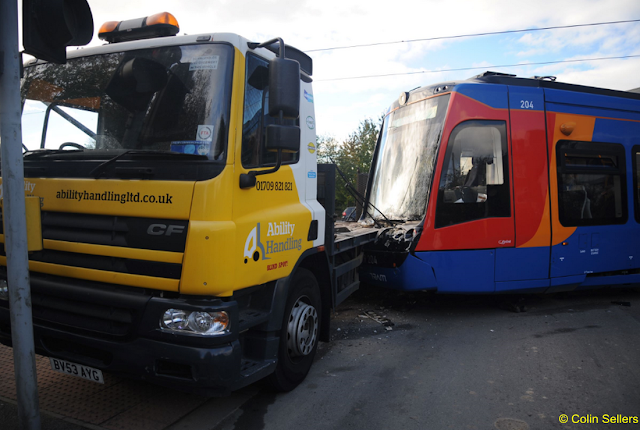 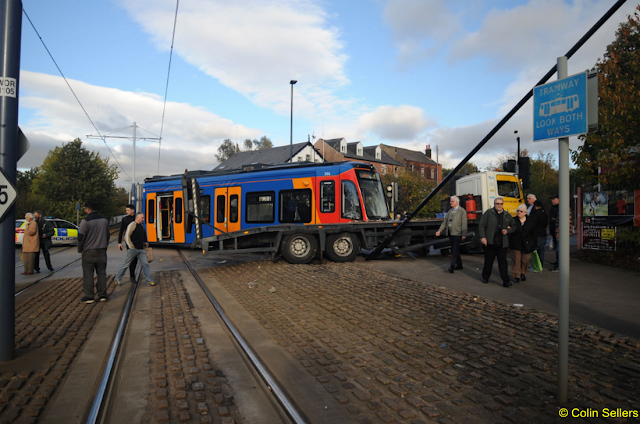 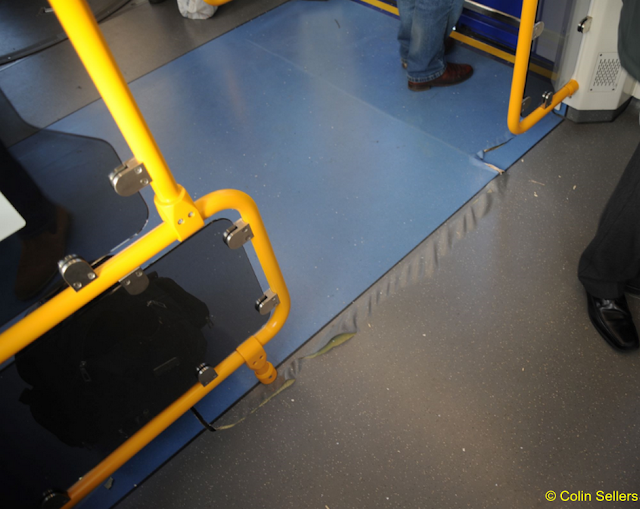 The floor of the tram was forced upwards during the accident
..