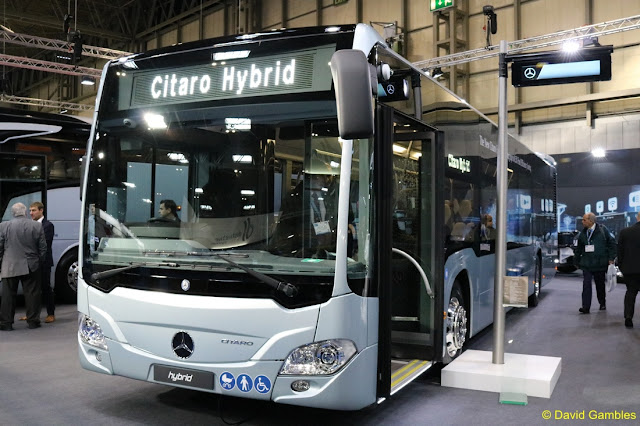 Mercedes-Benz Buses & Coaches has presented the new Citaro Hybrid and the Sprinter City 75 at the show. 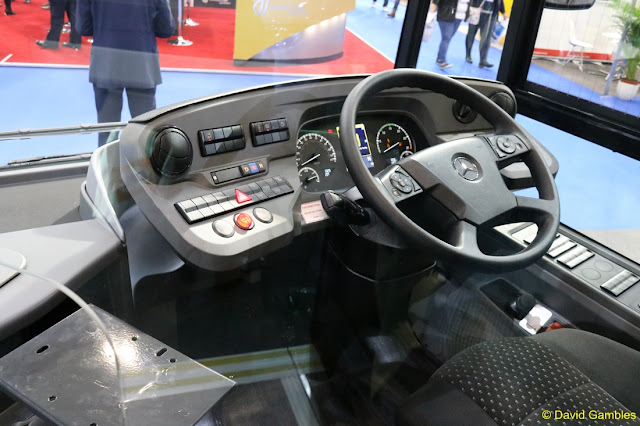 On the Citaro hybrid, shown above & below, the diesel or gas engine is supported by additional drive power generated by an efficient, compact hybrid module in the form of a 14 kW electric motor. 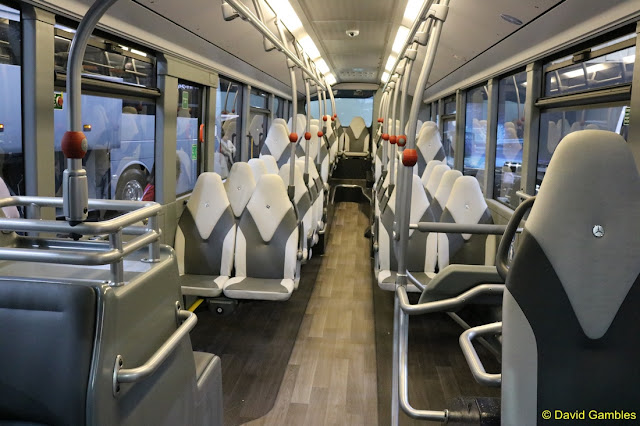 Below, The City 75 is a top-of-the-range minibus with unrivalled technology, it forms the basis for a totally new generation of the successful range of minibuses. 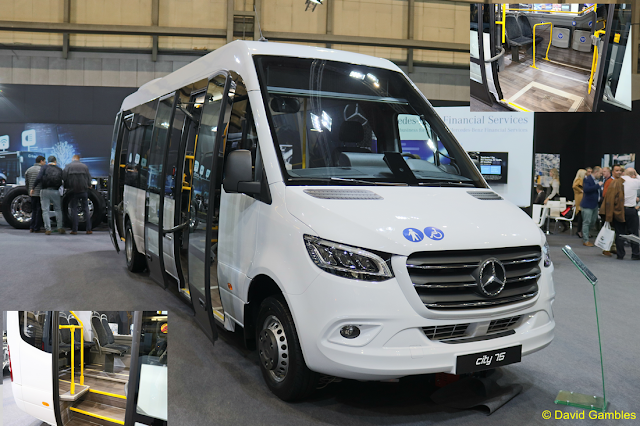 The vehicle has a central low step entrance leading to a wheelchair bay that has tip up seats and a rear entrance via steps to a higher level seating area over the rear axle.

Thanks to an extended wheelbase of 5095 mm the Sprinter City 75 city bus offers a large low-floor platform and due to its high-load rear axle it manages a high passenger capacity of maximum 38.

It will be followed soon by the Sprinter Transfer, Sprinter Mobility and Sprinter Travel. The names stand for operations in line service, as a versatile shuttle bus, for transport of passengers with limited mobility, and for tourist transport.


The Sprinter City 75 measures 8.4 m and is based on the new rear-wheel-drive Sprinter panel-van. Behind the cab the body has a discreet skeleton structure and a large low-floor compartment between the axles. The high-load rear axle features dual tyres of size 17.5 inch and has a load-bearing capacity of 5 tonnes. Together with the reinforced front axle the City 75 has a GVW of 6.8 tonnes.

Below, a 55 seater  13m Tourismo M2 is on display. It has a Mercedes OM 470 engine with ZF Ecolife six speed gearbox. Satnav and panarama outside cameras can be displayed on the monitor screens. 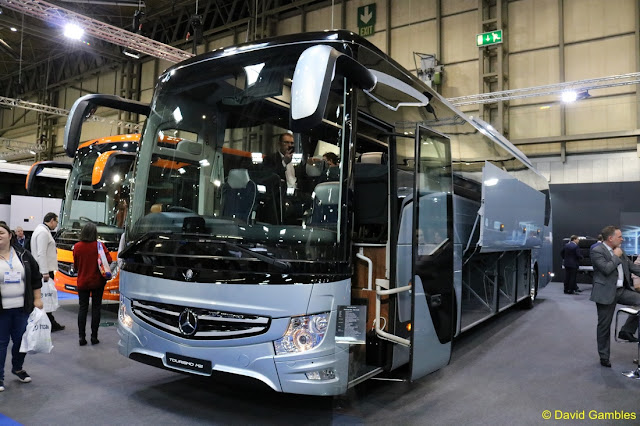 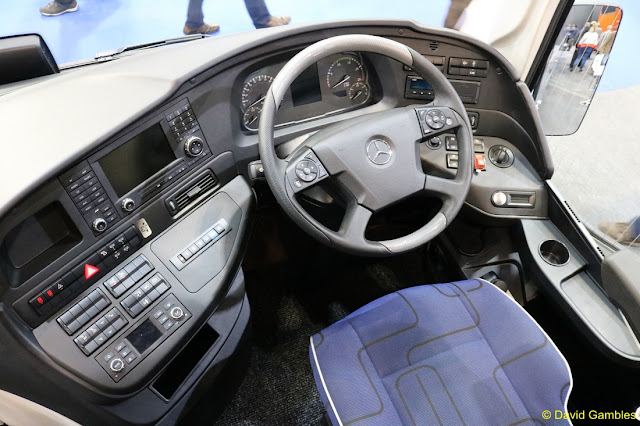 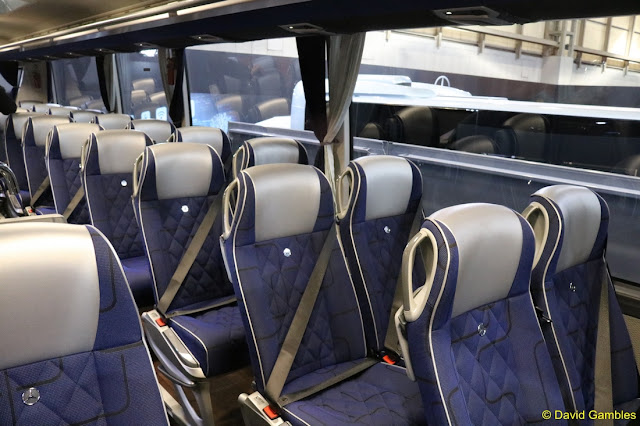 Keep checking this website during today for more updates
..