First up was on the 24th November when six RTL-class Park Royal bodied Leyland Titan PD2 ran on a private tour of some former routes operated by the type from the 1950s, in order to commemorate when the type last ran in revenue-earning service 50-years ago in November 1968. The buses all preserved ran over parts of route 2, 21, 25, 108, 176 and 226, the last tow being significant as the final routes operated by the type from Willesden Garage. 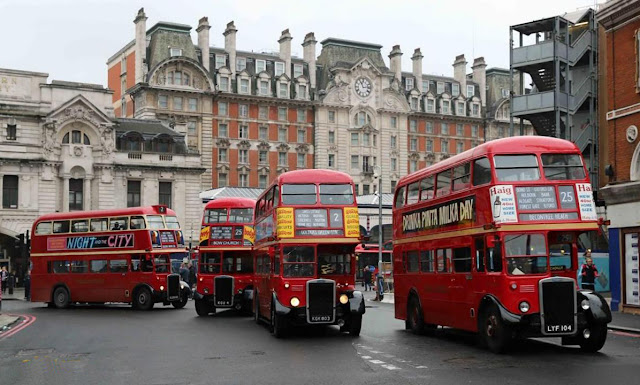 The following day on the 25th November nine RML-class AEC Routemasters with 30-foot long Park Royal bodies from the early batch (RML 880-903) re-created former routes 104/104A (Barnet/North Finchley & Finsbury Square, Moorgate/Golders Green). This to commemorate the introduction of the type in November 1961, plus the closure of their then operating Finchley (FY) Garage in early December 1993. 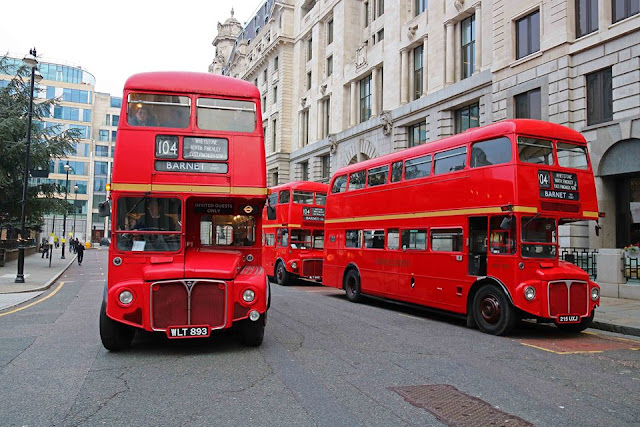 
A set of pictures have been placed into an album on the Focus Flickr site, kindly provided by David Bowker and Keith Valla. The late afternoon pictures are especially poignant in the gloom of a November day, but offer a chance to recall how the interiors of the buses were lit back in those days. The pictures can now be viewed by clicking   here