The P2 Steam Locomotive Company has announced that their Motion Club has reached 100 members since it opened in April 2018.

The Mikados’2-8-2's were the most powerful express locomotive in the UK. Designed in the 1930s by Sir Nigel Gresley, they were designed to haul 600-ton trains. The build has an estimated cost of £5 million and will use modern construction techniques, such as Computer Aided Design (CAD) 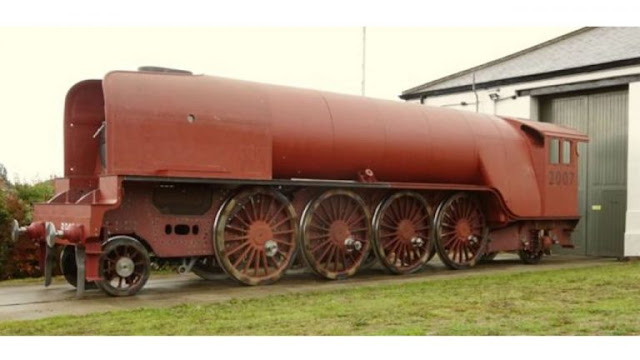 
“We are delighted with the level of support that the project to build Britain’s most powerful steam locomotive has received since its launch. Thanks to our supporters’ continued generosity, well over £3m has now been donated or pledged with half of the required £5m already received.

“We now want to turn our attention to the motion which is our next major manufacturing challenge. Given the level of support The Motion Club has received, we are confident we can raise the additional £85,000 needed to pay for the heavy motion and remain on-track for completion of new Gresley class P2 locomotive – No. 2007 Prince of Wales – in 2021.

“I would encourage all steam enthusiasts who haven’t yet contributed to this exciting project to help us to meet these deadlines by becoming a member of The Motion Club or a monthly ‘P2 for the price of a pint of beer a week’
It’s time to get on board! Next year will see further major announcements as the construction of new Gresley class P2 No. 2007 Prince of Wales gathers pace.”