A shared commitment to expanding the Greater Manchester tram network through tram-train services, enabling faster, more reliable journeys across the network and cutting congestion, was welcomed by the Transport Secretary and Greater Manchester Mayor on 25 January 2019. 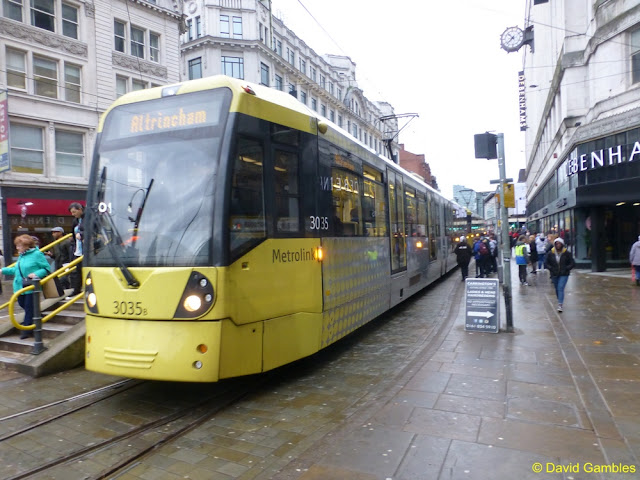 Chris Grayling announced that the Department for Transport, Network Rail and Transport for Greater Manchester (TfGM) are working to explore a range of proposals for expansion.
He did this on a visit to the new Wharfside Metrolink stop – part of the £350 million Trafford Park Line extension supported by government through the Greater Manchester Devolution Deal.
The proposals could include an innovative tram-train system in Greater Manchester and underlines a shared agreement on the opportunity for greater local control of transport services. Proposals will be brought forward by TfGM before the summer. 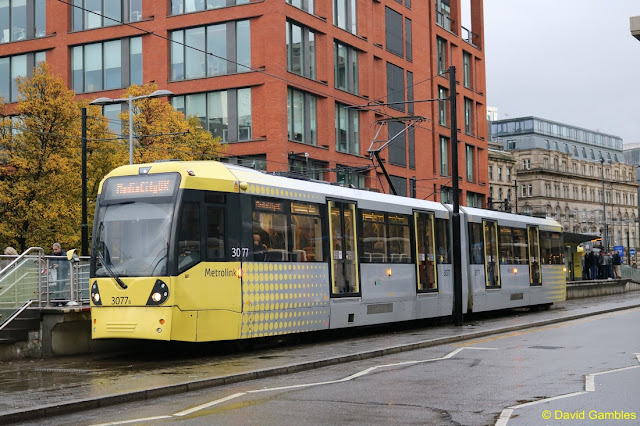 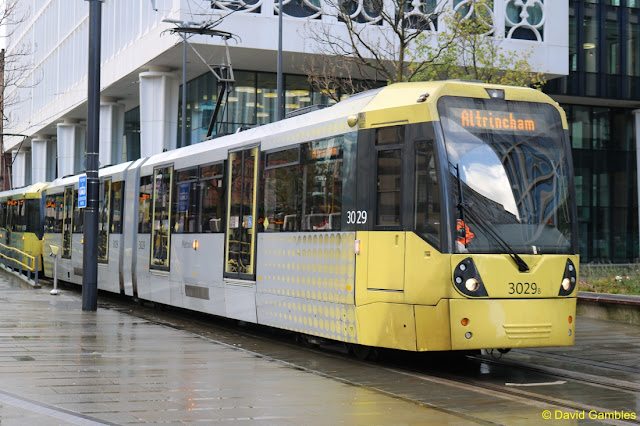 Using existing rail and tram infrastructure, a Greater Manchester tram-train system could increase rail capacity, reduce congestion, improve air quality and deliver more seamless, frequent journeys for passengers across the city-region.
Focus Comment
Manchester Mayor Mr Burnham says "our transport network and infrastructure is holding us back"
As usual he avoids proposals as to how Manchester deals with traffic congestion due to lack of controls on private cars.
Congestion has negatively impacted on bus punctuality, costs and fares, while also damaging public confidence in buses. Additionally, more than a third of vehicles entering the city are diesel cars, contributing to the growing air quality crisis.
He clings to the hope that he can grasp control of the buses based on the broken model of bus franchising which is anything but successful and would see taxpayers become responsible for the full cost of the bus network instead of the current system where the majority of costs are covered by bus operators.. The London system that he has quoted so many times to support his case is well and truly broken. Bus use in London has fallen 6% in the past three years, Transport for London is facing a £700m deficit and many bus services are having to be cut.

Tram-train will be good for Manchester, alongside the existing tram network and in partnership with local bus companies who are willing to invest in a modern, clean fleet of reliable buses.
Manchester bus operators have recently launched an impressive ground-breaking £100m partnership blueprint which amongst many things, contains an action plan for Manchester and other agencies to tackle congestion hotspots, speed up journeys and cut gridlock
Presumably Mr Burnham would like to ignore the proposals in the hope that he can grab control of the buses. Is this more to do with power and control rather than the best interests of the people of Manchester?
Full details of the Bus Partnership Blueprint here 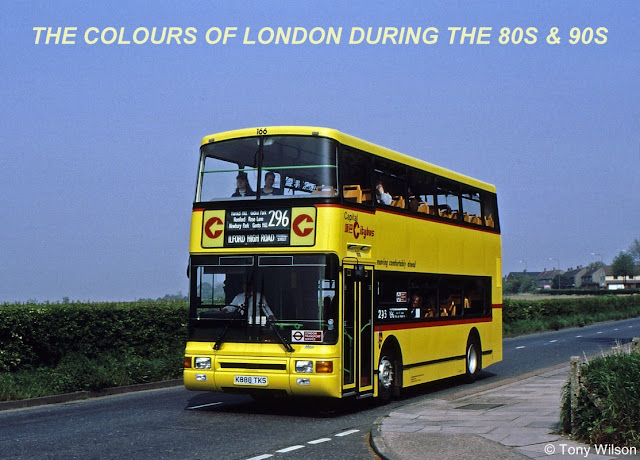 The latest album focuses attention once again on that colourful period London, when the various companies could operate their buses in their own livery. This can now be viewed by clicking  here