London's Routemasters on the 15

Sunday March 3rd was, I believe, an incredibly significant day in the history of the bus industry but one that seems to have passed most enthusiasts by (indeed, I didn’t see any others out on the day).
For the last time in scheduled daily service, buses ran with open rear platforms and conductors. This is of course the TfL service 15 “heritage” operation, which from the following day is now reduced to just Saturdays and Sundays until September.
Yes I know that real Routemaster operation ceased in December 2005 but the RMs on the 15 remained to provide a service open to all (except wheelchair users), to travel between any two normal bus stops at a standard fare, albeit just on the section of the 15 from Trafalgar Square to The Tower.
Thus from Monday 4th, for the first time in perhaps the entire history of the bus industry, there will be no regular bus services in London with conductors to collect fares, although there is crew-operation still existing elsewhere north of the Border, albeit with modern low-floor, doored double-decks.

A selection of pictures from Sunday all taken by Richard. 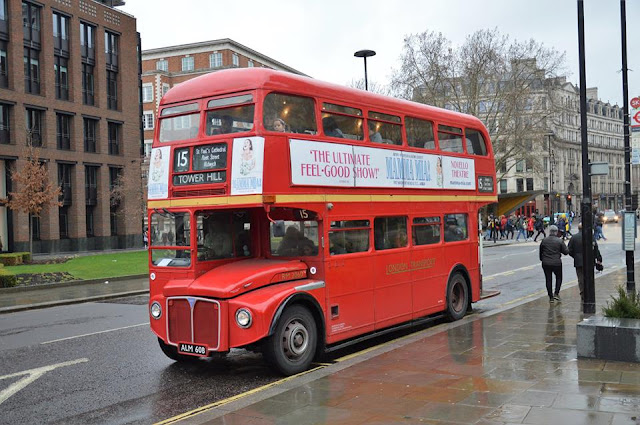 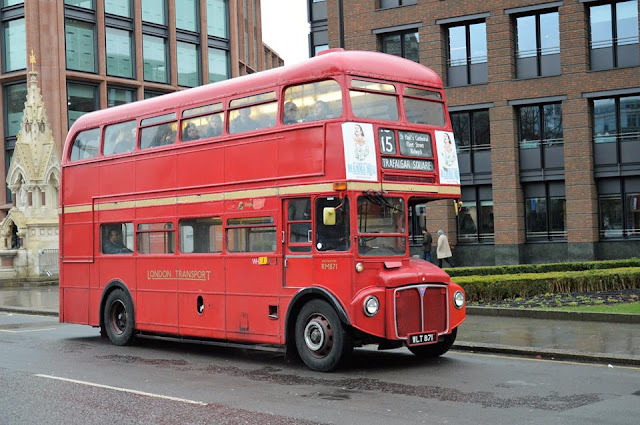 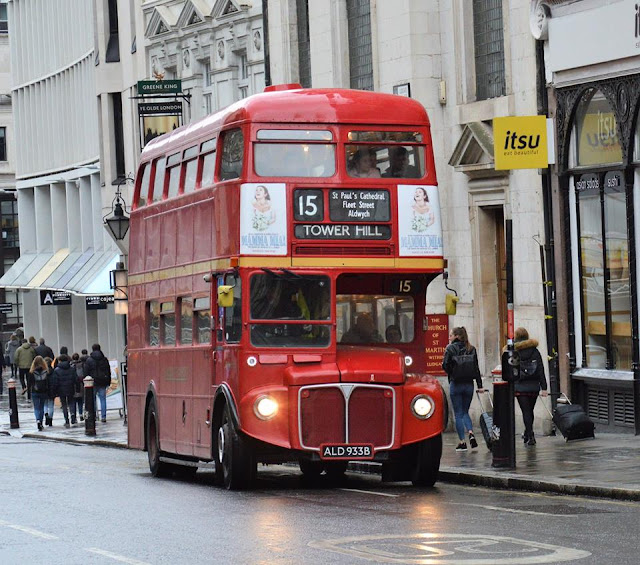 RM 1933 heads eastwards for the Tower. 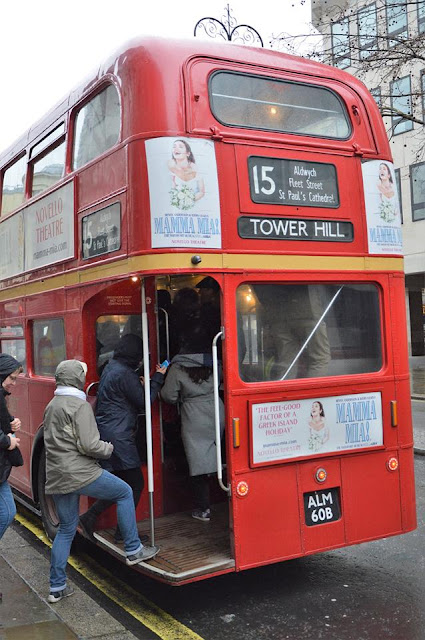 Boarding in the traditional way. Plenty of room on top! 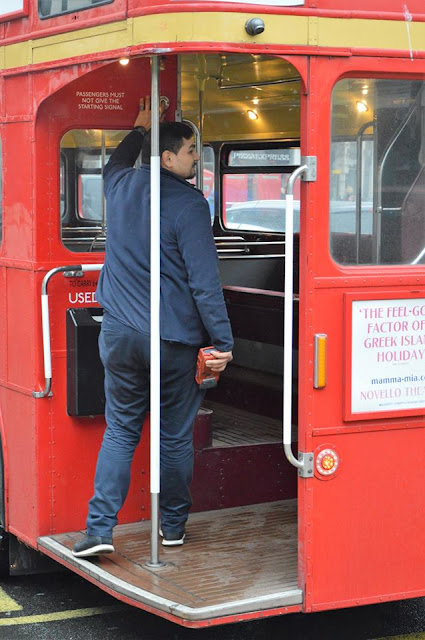 Conductor ringing the bus off in the traditional way, note the hand-held ticket machine, no Gibson's here! The bus is empty as it's leaving the final stop at Trafalgar Square to go round to the layover point. 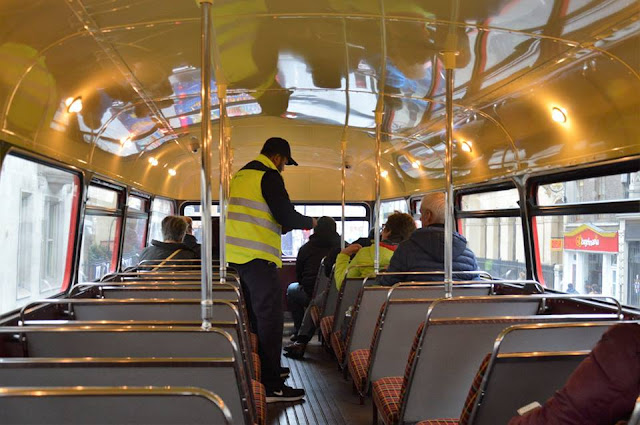 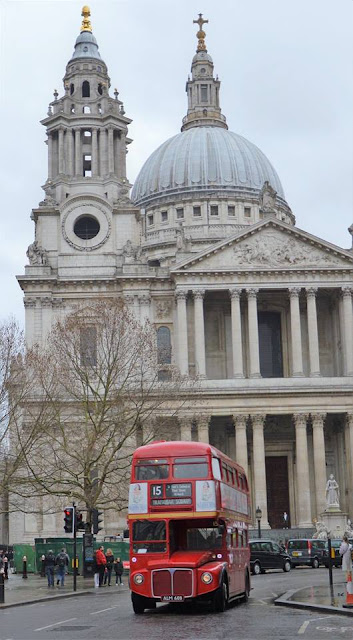 You shouldn't need to ask where this was taken! 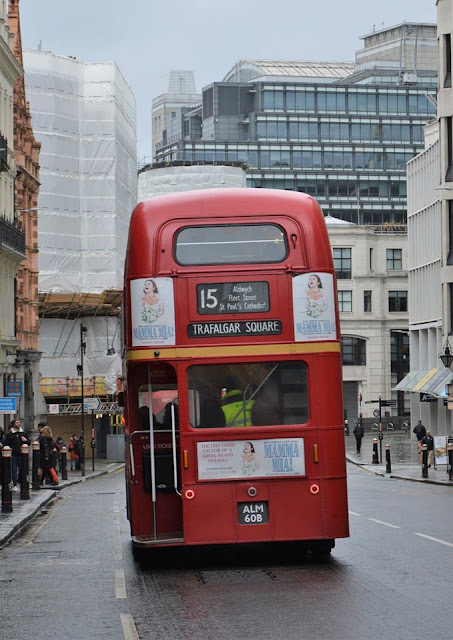 No longer will you be able to hop on and off between stops (nor to fall over trying same, as one passenger did this afternoon at a set of traffic lights as the bus pulled away!). 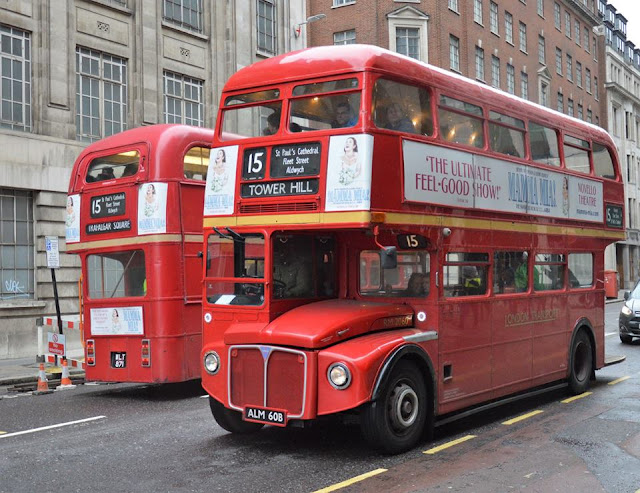 Two for the price of one! A chance shot, actually my last of the day as I got off in Great Tower Street to walk up to Fenchurch Street for my train home.