Plans to introduce new rapid buses linking Walsall and Birmingham are back on after pressure from residents forced them to be re-drawn.

The West Midlands Combined Authority's plan to introduce Sprint buses on the A34, passing through Great Barr, had hit the buffers after hundreds of people complained about possible congestion and a loss of parking. 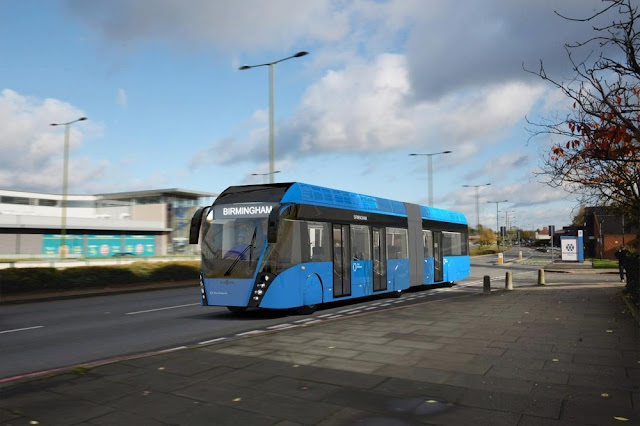 But transport bosses have now re-drawn the plans, and hope to have the buses up and running in time for the Commonwealth Games in 2022.

The new and updated plans propose to keep most, if not all, of the parking bays outside homes and businesses on the Walsall Road as well as aim to reduce congestion at the Scott Arms junction.

Work is also underway to introduce a park and ride facility on the road.

Laura Shoaf, the managing director of Transport for West Midlands, said: “We listened to people who responded to our consultation and promised to look at the issues raised. As a result we have come up with these revised plans for our Sprint programme.

“The proposed loss of parking spaces was a key concern for residents and the A34 Safety Action Group, so I am pleased that on the A34 we have be able to develop two design options under which parking bays on Walsall Road can be retained while ensuring that Sprint can continue to deliver benefits to passengers.

“Sprint is a modern bus service that will be extremely reliable so passengers can be sure when their bus will depart and arrive at its destination. Currently there are wide variations in bus journey times which puts people off.”

In order to maintain the vast majority of parking between Perry Barr and the Scott Arms, which had been the main source of fury for residents who faced losing their car park spaces, TfWM has proposed either creating a priority bus lane out of the general traffic lane, or by widening the highway into verges and the central reservation.

Other changes to the plans, which were originally released last year, include Darwall Street being confirmed as the Walsall town centre stop and a pledge to retain parking on Ablewell Street in the town centre.

The changes have been met with joy by residents on the road, who had formed the A34 Safety Action Group to demand changes to the original plans.

Annette Pereira, who lives along the Walsall Road and headed up the action group, said the changes were proof that it was a "fight worth having".

She added: “I’m absolutely ecstatic. They’re only undoing what they never should have been doing in the first place. They’ve put us through months and months of worry and stress, but we’re so relieved.


“Maybe they’ve realised that they did overstep the mark. Let’s be gracious, perhaps it was because of the speed that it had to be done at because of the Commonwealth Games.

“And it’ll be a great day where we can take all of our signs out of the windows and embrace the Commonwealth Games, and move on, and put it all behind us. And it just goes to show that people power can win over the establishment.”

The new Sprint buses would be similar in appearance to the Midland Metro trams, which run through the Black Country.

TfWM's changes to the A34 Sprint buses plan:

Retaining the majority of parking between Perry Barr and the Scott Arms, by exploring options to either widen the highway into verges and the central reserve to make way for a bus lane, or creating a bus priority lane from the general traffic lane.

A pledge to retain parking where viable on Ablewell Street

Confirming Darwall Street as the location for the Walsall Town Centre stop.

Plans to deliver a strategic park and ride site on the route.

An outbreak of common sense! The idea of buses that look like trams is much to be admired. The decision not to dig up roads, divert underground services and erect unsightly overhead wiring in favour of a new tram system is to be congratulated.
Belfast and many other European towns and cities have already proved that the idea of a bus that operates and looks like a tram, works well at a fraction of the cost of conventional trams.
We were sold the idea of trams lasting longer than buses but already first generation fleets of UK trams have already been scrapped, Manchester & West Midlands being good examples. We hope to see Sprint trams - sorry buses, in operation in the West Midlands as soon as possible.
A key to their success will be freedom from traffic congestion. If local authorities are willing to grasp the nettle and control traffic in favour of buses they will have a chance of encouraging drivers out of their cars and onto public transport. 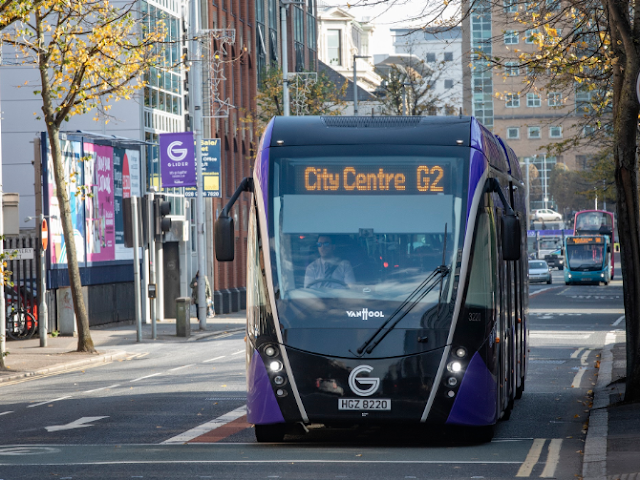