Network Rail engineers have successfully completed a £25m, two-year-long upgrade at Edinburgh Waverley with the commissioning of a new crossover at the station.

The commissioning of the new track layout between platforms 10 and 11, marks the end of a project to upgrade track and signalling and lengthen platforms at Scotland’s second-busiest station.


Since work began in April 2017, platforms 5 and 6, to the east of the station, and 12, to the west, have been extended as Waverley prepared for LNER’s new Azuma trains and ScotRail’s new class-385s.


Platform 12 was extended to 204m to accommodate eight-car trains for the Edinburgh-Glasgow, via Falkirk High, line and platforms 5 and 6 were extended to 275m for the new 10-car East Coast services.

The work not only enables these longer trains to run, the investment also increases the flexibility of the station and improves the reliability of the infrastructure.

The enhancements have been delivered as part of the Scottish Government’s Edinburgh Glasgow Improvement Programme (EGIP) and the Department for Transport-funded Intercity Express Programme (IEP).

The new infrastructure, and new rolling stock it enables, will help to transform travel on both routes increasing capacity and reducing journey times – by around 10 minutes between Edinburgh and Glasgow and by around 20 minutes between the two capitals.

Kevin McClelland, Network Rail’s route delivery director for infrastructure projects, said: “Edinburgh Waverley is at the heart of the capital and a vital part of our rail network – carrying passengers across the length of Scotland and south to London on the East Coast Main Line. 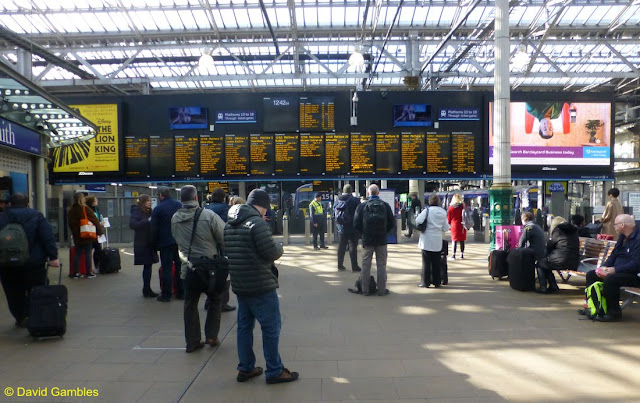 “The work we have delivered over the last two years will help to make sure the station can continue to play an important role in the economic and social life of the city.”