A Union Pacific 'Big Boy' is finally moving under its own power following a lengthy restoration. The Big Boy locomotive was large when it was brand new in 1941–and still looks colossal next to modern trains.

Coal-powered Big Boys weigh 600-tons and are so long that they are articulated so they can get around curves. They haven’t operated in service since 1959, and the remaining ones in existence were mothballed or museum’d. Today there are eight in existence, and now, there is one that can move under its own power. 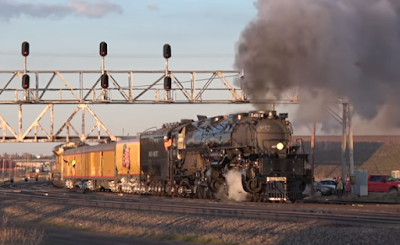 Twenty-five Big Boys were built exclusively for Union Pacific by the American Locomotive Company (Alco) between 1941 and 1944, in two groups of ten and one of five. All burned coal, with large, 150-square-foot grates to burn the low-quality Wyoming coal from mines owned by the railroad. They were designed to pull long, heavy freight trains (maximum rated tonnage of 4,040 tons) at a sustained speed of 60 mph once past the Wasatch Range mountain grades on UP’s main line between Ogden, Utah, and Cheyenne.
Peak horsepower was reached at about 35 mph; optimal tractive effort at about 10 mph.﻿ They produced 6,300 horsepower when new.

No. 844 was parked in a California rail museum in 1962, then driven back to Union Pacific’s workshops in Cheyenne, Wyoming, about six years ago to start the project. 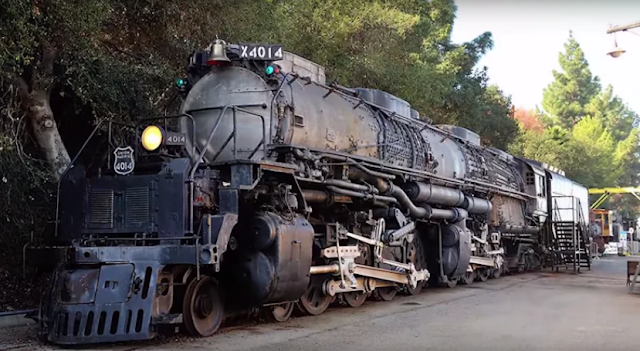 In March, Union Pacific announced that Big Boy and another steam engine known as Living Legend 844 would be going out on tour this year.

Big Boy 4014 left Cheyenne, Wyoming on April 27  and will be on display at Ogden Union Station during May.

Of the eight still in existence, No. 4014 is the world’s only operating Big Boy locomotive. A christening ceremony will take place at the historic Cheyenne Depot and the engine will arrive in Ogden for the May 9 celebratory event at Ogden Union Station. The Big Boy also will make several whistle-stops in communities along its route.

You can keep tabs of No. 4014’s travels in real time via GPS trackingor see its schedule on Union Pacific’s site. If you suddenly find yourself interested in old trains or Big Boy 4014 in particular, you can dig into this restoration project even more on Union Pacific’s video playlist. 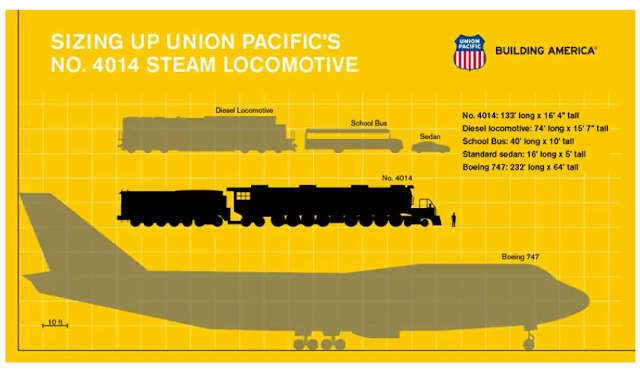