The ORR has contacted Stadler to approve their application to bring Class 755/4s into service.

The conditions of the authorisation are that the trains are not to be operated until Greater Anglia has an S-stage Summary of Compatability in place.

Greater Anglia is the first train operating company to introduce the Class 755s into operation on the UK network. 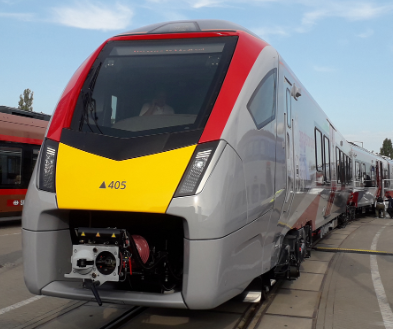 The 755s will be maintained by Greater Anglia at their Norwich Crown Point depot.

The company has fitted four new simulators – worth £1.6 million each - at its driver academies in Norwich and Stratford. 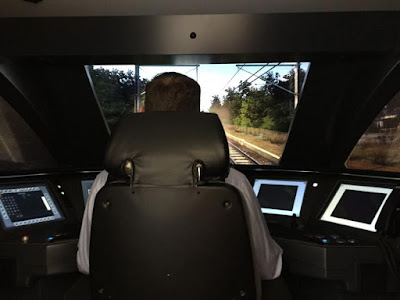 The course includes three days of class room and simulator learning, followed by three days of driver training on the trains themselves.

“They’re building up their confidence on the simulators but are eager to get to drive the new trains themselves.

“The basics of driving the new trains are the same as for existing trains, but the added technology in the cab gives drivers the opportunity to do more to improve the service they give to our customers.”

The simulator is constructed to feel like an actual train cab – so the controls are exactly the same as in the new trains themselves.

Realistic CGI animation is shown through the windows of the view ahead and from the cab’s side windows as the driver “drives” along routes.

Several Greater Anglia routes have been recreated on each simulator – the first time drivers have been able to experience real routes on a simulator.

The driver can see customers “on a platform”. When they stop the train at a platform, two screens switch on and show video from internal and external CCTV, so the driver can check everyone has got safely on and off the train before opening or closing the train’s doors.

If a train is longer than the platform, the software onboard automatically selects to open only the doors next to the platform.

If it looks like anyone needs assistance, the driver can inform the conductor, who in real life will be on board the bi-mode trains assisting customers, giving them a helping hand to get on and off the train if they need it, answering enquiries and selling tickets.

Drivers on the simulator are given a number of different scenarios which they might face, including encountering animals on the line, varying weather conditions and customers on board needing emergency help.

For the first time, drivers will be able to control the temperature on the train, either switching on the air conditioning or turning up the heating.

Andrew Goodrum, Greater Anglia business readiness director said: “The new trains are a giant leap forward in technology and it’s essential that all our drivers are ready to drive them as soon as they come into service.

“We’re getting 169 brand new trains, with three different models. While the trains are still being made and tested, we’re preparing our drivers to be able to play their important role in the transformation of the railway.”

Greater Anglia is getting 58 trains from Swiss manufacturer, Stadler – 38 bi-mode trains which can switch between diesel and electric power and 20 electric trains – ten for the Intercity route and ten for Stansted Express services.

In addition, the company is getting 111 electric commuter trains from Bombardier, in Derby.


All of the new trains will be longer with more seats, plug and USB points, air conditioning, free fast wifi and accessible toilets.

Take a video tour around the new trains https://www.greateranglia.co.uk/newtrains/360tour